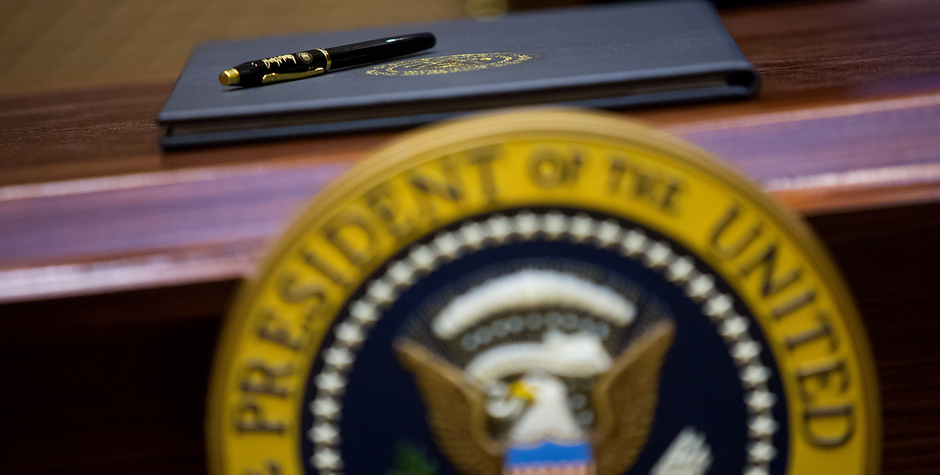 The President’s March executive order began the first ever “worldwide review” of foreign countries in U.S. history. This review included nearly 200 countries and evaluated them on three simple criteria: 1) their willingness and ability to give the U.S. necessary information to identify those coming into the U.S.; 2) their willingness and ability to identify the security risks posed by their nationals and provide that information to the U.S.; 3) the national security risks posed by the nation and its nationals to the U.S. and it citizens.

This proclamation, grounded in incontrovertible evidence, enacts the results of this historic review of U.S. security policy. Of the nations evaluated, eight countries have been deemed “inadequate” or a risk to U.S. national security: Chad, Iran, Syria, Libya, Somalia, North Korea, Venezuela, and Yemen. These travel restrictions are permanent until these countries become compliant with the simple baseline laid out above.

Although Iraq failed to meet the baseline requirements, the President exempted them from travel restrictions because of their commitment and cooperation in the ongoing war against ISIS. Similarly, Sudan was removed from the earlier travel pause because of its compliance with the baseline standards set out above.

It is important to note, however, that the remaining travel restrictions are not absolute. They differentiate between those seeking to come to the U.S. permanently, “immigrants,” and those just coming to visit, conduct business, and seek a better education, “nonimmigrants.” Likewise, the Venezuela restrictions do not target the country’s innocent civilians but only the corrupt and noncooperative government officials who insist on obstructing U.S. information gathering requests.

Absurdly, the radical ACLU still calls these common-sense travel restrictions on dangerous nations (including North Korea and Venezuela) a “Muslim ban.” It is threatening a new round of dangerous lawsuits that could leave America vulnerable.

Over 90% of the Muslim world remains free to travel to the United States subject to these newly enhanced vetting procedures. North Korea and Venezuela are hardly Muslim majority nations. In the coming days, the President will likely make similar changes to the ongoing refugee pause.

The President is not targeting Muslims or any other “class” of persons. He is implementing a well informed and evidence based immigration and border security policy. He is choosing to make the tough choices needed to protect the U.S. and its citizens from foreign terrorists.

The ACLJ has fought for these precise, evidence based travel restrictions from the very beginning. We have consistently defended the President’s travel restrictions before hostile lower courts. Despite their efforts, the President continues to seek reform and security. Enhanced vetting, especially in the form of simple in person interviews, is a vital and common-sense part of screening incoming foreign nationals. This proclamation is just the logical next step.

The United States Supreme Court agreed with our legal arguments, allowing the Executive Order to be implemented as it considered the case. Now, in light of the new enhanced and focused Executive action, the Supreme Court has just suspended oral arguments on the President’s Executive Order. The high Court has ordered new briefing on this latest development in the travel restriction case, due in the coming days.

Propelled by our unshakable belief that the Constitution is not a suicide pact, the ACLJ has filed briefs in multiple courts already in support of the President’s Executive Order. We will do so again if the ACLU and other radical leftists again challenge the security of our nation. With your continued support the ACLJ can continue to defend these constitutional and common-sense actions to keep our nation safe.