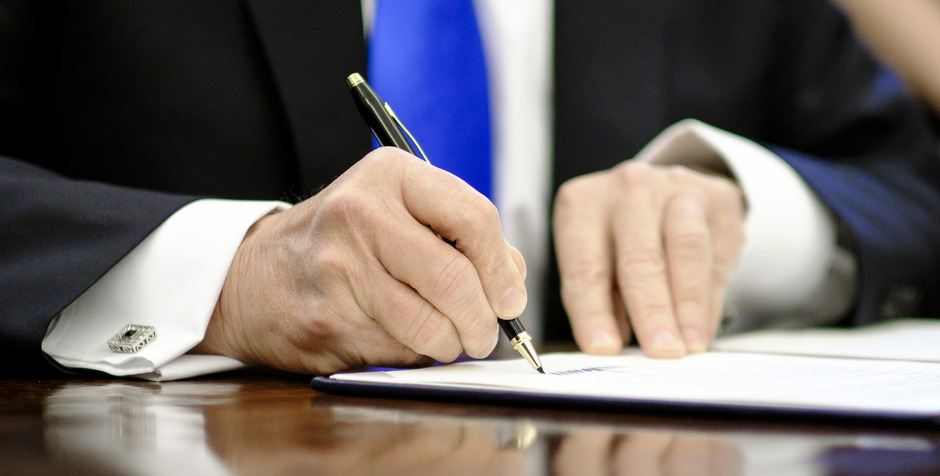 As we reported about a week ago, President Trump issued a new, revised Executive Order addressing the very real terrorism threats hidden within our outdated and naive immigration and refugee programs.

We previously filed an amicus brief at the Ninth Circuit Court of Appeals defending the constitutionality of the first Executive Order, and we also made proposals on ways the Trump Administration could make the order stronger.

Just as we predicted, leftist state governments and organizations – such as the ACLU and the Council on American-Islamic Relations (CAIR) – are attacking the new order in courts across the country – from Hawaii and Washington’s lawsuits to CAIR’s lawsuit in Virginia.  So we are taking direct legal action in response.

The Washington case is the same case we filed in when it was before the Ninth Circuit last month.  The order was lawful then. It’s legally bulletproof now.

In our briefs, we explain the President’s broad national security authority, and his authority to make decisions concerning immigration and refugee admission. This authority is at its peak when his decisions are consistent with congressional statutes and the Constitution – like they are here.

We also reminded the courts of controlling case law that supports the President’s position. For instance, the Supreme Court has been clear that:

an alien seeking initial admission to the United States requests a privilege and has no constitutional rights regarding his application, for the power to admit or exclude aliens is a sovereign prerogative.

And according to a previous Ninth Circuit opinion quoting the Supreme Court:

The Supreme Court has “long recognized the power to expel or exclude aliens as a fundamental sovereign attribute exercised by the Government’s political departments largely immune from judicial control.”

As we said in our brief:

In addition to ignoring the President’s inherent national security and immigration authority, the lawsuits also absurdly contend that the order – which pauses entry of all foreign nationals from six terrorist hotbed nations and all refugees (excluding those with visas, green cards, and other current travel documents) – is somehow a “Muslim ban” and violates the Establishment Clause.

We directly took on this fallacious Establishment Clause argument in our briefs.  First, the Executive Order (EO) does not even address religion, whatsoever. Second, the order has a secular purpose: our national security. As we explained:

The EO, on its face, serves secular purposes, and no amount of rehashing of miscellaneous campaign trail commentary can change that. . . . [T]he mere suggestion of a possible religious or anti-religious motive, mined from past comments of a political candidate or his supporters, and intermixed with various secular purposes, is not enough to doom government action (along with all subsequent attempts to address the same subject matter). “[A]ll that Lemon requires” is that government action have “a secular purpose,” not that its purpose be “exclusively secular,” and a policy is invalid under this test only if it “was motivated wholly by religious considerations.” Lynch v. Donnelly, 465 U.S. 668, 680-81 & n.6 (1984) (emphasis added).

The order singles out no religion for favor or disfavor. To conclude otherwise is unreasonable, and absurd. The six countries whose nationals are impacted by the pause were countries identified by President Obama and Congress as countries of particular concern. Policy disagreements, hurt feelings, and political agendas are not enough to support an Establishment Clause claim.

Yet, opponents of the President’s order are many and they are determined. In fact, numerous state governments have joined the courtroom assault on the President’s order:  Illinois, California, Connecticut, Delaware, Iowa, Maryland, Massachusetts, New Mexico, New York, Oregon, Rhode Island, Vermont, Virginia, and the District of Columbia.  The ACLU, CAIR, and Muslim Advocates are all on the offensive as well.

We are already working on our next brief, and we want you to join us. We must stand against the onslaught and defend the Constitution from outlandish misinterpretations.  The Constitution, national security, and the integrity of our immigration and refugee programs are at stake.

The Supreme Court will hear a major case related to the Trump Administration’s efforts to secure our southern border with Mexico – a case that the ACLJ has been actively involved in – to defend our nation’s security. As we’ve previously mentioned, we have filed a number of critical briefs in the...