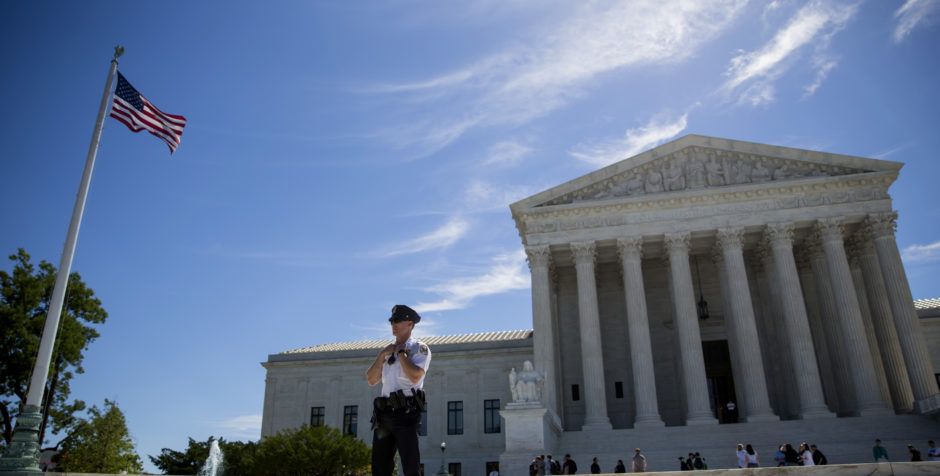 The Supreme Court of the United States is considering the legality of President Trump’s National Security Executive Order, which is designed to protect our country from foreign terrorists.

The American Center for Law and Justice (ACLJ) has filed an amicus brief outlining the constitutionality of the Executive Order. We note that more than 250,000 people, who have joined our Committee to Defend Our National Security from Terror, support the arguments made in the brief.

Multiple federal lawsuits were filed to challenge the Executive Order as soon as it was issued. Over the past several months, the ACLJ has filed amicus briefs at each stage of the litigation in support of the Executive Order’s legality.

Two of those lawsuits are now before the Supreme Court. The Court will consider decisions from the Fourth and Ninth Circuit Courts of Appeal upholding parts of the injunctions that blocked the complete implementation of the Executive Order. We ask the Supreme Court to reverse the decisions of the Fourth and Ninth Circuits and allow the Executive Order to go into full effect.

The positions we advance in our brief are based on previous Supreme Court cases that should be followed in this litigation. Our brief explains that both the Constitution and federal statutes provide the President with broad power to exclude aliens from this country on the basis of facially legitimate reasons. When the Court has considered constitutional challenges to immigration-related actions in the past, it has declined to subject those actions to the same level of scrutiny applied to non-immigration-related actions given the sensitive and discretionary nature of the subject. That same deference should be given to President Trump here, as the Executive Order deals with national security and protecting our country from foreign terrorists.

Our brief explains that the Court should not disregard the Executive Order’s obvious secular purpose or focus on miscellaneous comments made by then-candidate Trump, or by his advisors (which have been taken out of context), as urged by those challenging the Executive Order. The mere suggestion of a possible religious or anti-religious motive, mined from past comments of a political candidate or his supporters while said on the campaign trail as private citizens, is not enough to doom government action. In short, the Executive Order does not violate the Establishment Clause.

As we state in our brief, “[t]he federal government’s primary job is to keep this nation safe. The President’s revised national security Executive Order (“EO”) is designed to do just that.” We also note, as Judge Shedd of the Fourth Circuit explained in his dissenting opinion regarding the Fourth Circuit’s affirmance of one of the injunctions, that “‘the real losers in this case are the millions of individual Americans whose security is threatened on a daily basis by those who seek to do us harm. . . . [T]he security of our nation is indisputably lessened as a result of the injunction.’”