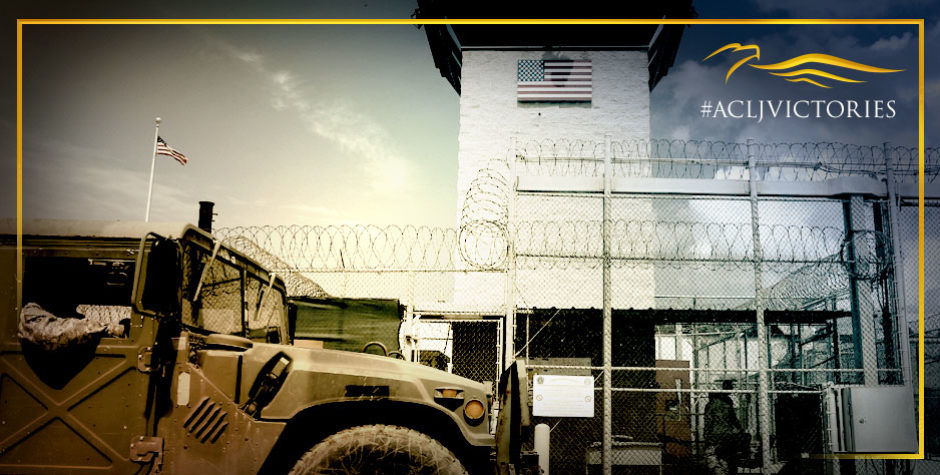 The ACLJ has been at the forefront of advocating for policies to ensure our national security, defeat terrorists, and expose those who put our nation at risk.

After the Obama Administration announced its foolhardy intentions to close the detention facility in Guantanamo Bay, Cuba (GITMO) where nearly 800 terror suspects have been held – including those linked to the horrific 9/11 terror attacks – we began aggressively advocating to keep the facility open.

As we have argued, GITMO is a crucial tool in the fight against terror.

Taking enemy terrorists off the battlefield, and gleaning information from those whose chief aim is to kill innocents and destroy our way of life, is vital to the safety of America.

GITMO continues to be utilized as we continue to capture those who are the enemies of freedom, justice and peace and to prevent another major terrorist attack on American soil.

Roughly 40 terror suspects still remain in custody at Guantanamo Bay. They are what the name implies, “unlawful enemy combatants.”

America is still at war. A war we didn’t ask for. A war our enemies declared when they attacked us and killed thousands of innocent people on a September morning. It is a war for the very life and soul of the civilized world.

We applaud President Trump’s action to keep GITMO open and put America’s safety ahead of playing politics or mollifying our enemies.