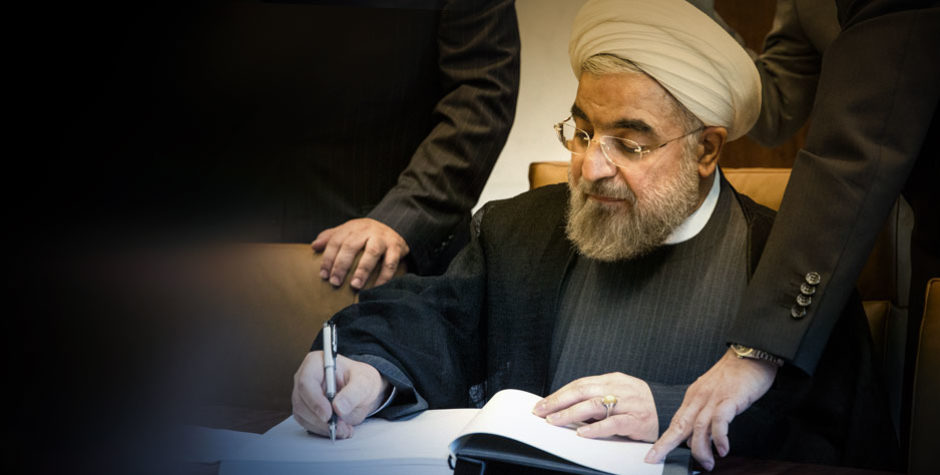 Iran’s Nuclear Lies Have Been Exposed

Iran lied about the 2015 nuclear deal and has been lying about its nuclear program, and that is very dangerous. It’s time to fix the nuclear deal or get out.

Israel’s Prime Minister Benjamin Netanyahu just held a press conference to confirm what we’ve been telling you for years. Obama’s Iran Deal is a complete sham. Iran has continually lied about its nuclear programs as well as its intentions.

During a live televised event, Netanyahu presented some 55,000 pages of documents and almost 200 CDs that he called “just a fraction” of the evidence he says proves Iran lied and covered up the facts about its nuclear program, even after signing the 2015 nuclear deal. According to Netanyahu after the deal, Iran “intensified its efforts to hide its secret files.”

The Prime Minister made three drastic charges against Iran, citing their lack of honesty and transparency:

"Iran lied about never having a secret nuclear program. Secondly, even after the deal, it continued to expand its nuclear program for future use. Thirdly, Iran lied by not coming clean to the IAEA.”

We have been extremely critical of the Iran deal all along, even taking legal action against the Obama State Department for covering up key details. The current deal does not take necessary measures to stop Iran from developing nuclear weapons, making it dangerous not just to Israel, but to the world.  As we’ve reported:

Not only does it lift sanctions on scores of known Iranians who are hostile to the United States, but it also phases out all restrictions on the Iranian nuclear program over the next 10 years. So even if Iran fully complies with the deal, it can – and likely will – still achieve a nuclear weapon.

Iran stated it had no intention of building a nuclear arsenal. But they’ve since shown they can’t be taken at their word. We told you about a recent Iranian ballistic missile test – violating international law – where the side of the weapon proclaimed: “Israel must be destroyed.”

One of the key provisions is found in paragraph 3 of Annex B. Paragraph 3 explicitly forbids Iran from “undertak[ing] any activity related to ballistic missiles designed to be capable of delivering nuclear weapons, including launches using such ballistic missile technology.” Iran’s recent ballistic missile tests clearly fall into this prohibited activity. The Iranian missile tests not only constitute intentionally provocative behavior on Iran’s part but also actual violations of the Iran Nuclear Deal as recognized and sanctioned by Resolution 2231.

In fact, that’s the one thing they’ve been perfectly transparent about.

Prime Minister Netanyahu is right in his accusations and he’s right to be concerned. We cannot sit on our hands and allow Iran to willfully break this useless agreement and develop weapons of mass destruction.

President Trump has repeatedly expressed his own concerns about the Iran deal. The President has until May 12 to decide if the U.S. will stay in the deal or else how to fix it, if that’s even possible. The deal must prevent Iran from becoming a nuclear threat, with stronger provisions in place to force them to keep their word. As the deal stands right now, Iran will be able to develop nuclear weapons and lie to the world without consequences.