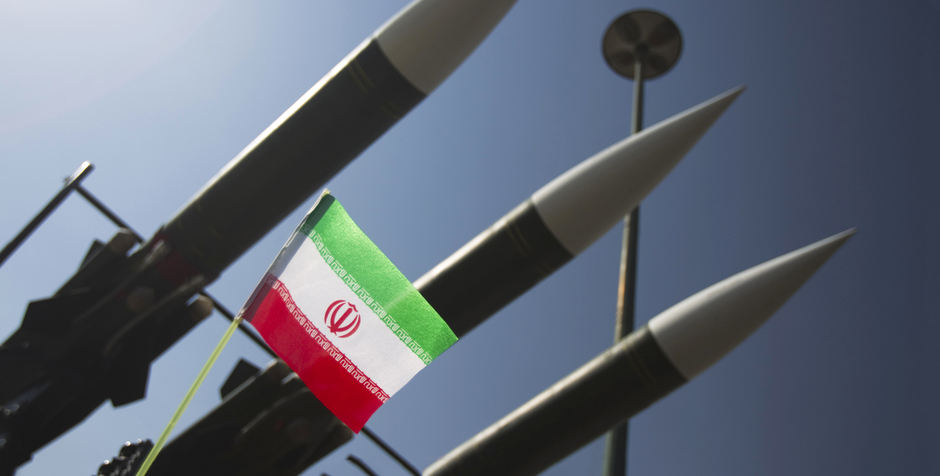 When former Secretary of State John Kerry was practically begging Iran’s ayatollahs almost daily in the hope of getting an agreement—any agreement—with Iran regarding its development of nuclear weapons, lots of us believed that we were in a process of being taken to the cleaners.  We knew that any deal that emerged from such obvious, abject U.S. and Western weakness would not be worth the paper it was written on. Well, guess what?! We were right.

The Joint Comprehensive Plan of Action (I’ll call it “the Iran Nuclear Deal” hereafter) was concluded on July 14, 2015. It had taken quite some time to reach an agreement. I think it took so long because it actually takes considerable time to yield to every demand made by the ayatollahs and still try to convince yourself that, despite having yielded on virtually every critical point, you’ve nonetheless achieved a balanced deal that’s good for the West. I discern a good bit of willful, intentional self-deception here, for which we are now all paying a price.

Remember what happened at the time? Remember how the U.S. caved to every Iranian demand? Remember how U.S. citizens held hostage in Iranian prisons for years were made to wait in a plane on the tarmac in Tehran until the U.S. flew in hundreds of millions of dollars in cash for the ayatollahs? In every way they could, the Iranians made Kerry and Company look foolish! And, sad to say, Kerry and Company appeared to be willing co-conspirators in that very project. A Great Power like the United States groveled before the Iranian thugs.

You know, I honestly suspect that the ayatollahs proceeded as cautiously as they did because even they could not conceive that any U.S. representative could be as weak as the Secretary of State was acting. They must have thought it had to be a ruse. There had to be a catch somewhere. Sadly, for the U.S., the Iranians were wrong. What they saw was what they got. And, now, all of us are living with the consequences of the continuing disaster that is the Iran Nuclear Deal.

Iran recently conducted ballistic missile tests. Why is this important? Here’s a bit of history to put things in context. Less than a week after the Iran Nuclear Deal had been concluded, the U.N. Security Council adopted Resolution 2231, which lays out the rules on how to implement the Deal. Resolution 2231 includes two annexes: Annex A, which is the exact text of the Iran Nuclear Deal, and Annex B, which is a list of provisions that the Iranians had to comply with to bind the U.S. and the other nations which had negotiated with Iran.

One of the key provisions is found in paragraph 3 of Annex B. Paragraph 3 explicitly forbids Iran from “undertak[ing] any activity related to ballistic missiles designed to be capable of delivering nuclear weapons, including launches using such ballistic missile technology.” Iran’s recent ballistic missile tests clearly fall into this prohibited activity. The Iranian missile tests not only constitute intentionally provocative behavior on Iran’s part but also actual violations of the Iran Nuclear Deal as recognized and sanctioned by Resolution 2231.

Moreover, Iran’s goal could not be more clear. Its missiles are inscribed with the phrase, “Israel must be destroyed.”

Iran has once again openly and notoriously demonstrated its disdain for international law and the obligations Iran has assumed by entering into treaties that prohibit certain types of conduct with no intent to comply with the very limitations it had just solemnly agreed to. Iran simply cannot be counted on to negotiate in good faith or keep its word, and, as such cannot be trusted. Conducting ballistic missile tests is only the most recent example of a gross treaty violation by the world’s largest state sponsor of terrorism that holds the rest of the world in contempt and willingly disregards its solemn obligations, often before the ink is even dry on the agreements it has entered. It’s as if Iran is daring the international community to do something.

Such conduct cannot be tolerated. Such conduct must be swiftly and harshly dealt with. States that act as Iran has acted—and continues to act—must pay a high price for their bad conduct. It’s either that or we will get more of the same! It is time to turn up the heat on Iran again. It appears that President Trump, by imposing sanctions, has decided to respond to Iran’s provocations. For that, he deserves our strong support.

The Trump administration on Friday imposed sanctions on 25 individuals and entities, ratcheting up pressure on Iran in what it said were just "initial steps" and said it would no longer turn a "blind eye" to Iran's hostile actions.

"The days of turning a blind eye to Iran’s hostile and belligerent actions toward the United States and the world community are over," Flynn said in a White House statement.

This is an important first step, but more will be needed to turn the tide with the Iranians. Where the previous Administration showed weakness, the new Administration must be strong. The Iranians are taking the measure of our new President and his Administration. America must rein in the world’s largest state sponsor of terrorism. The current Iranian leadership is like a cancer—either you get it or it gets you.