In An Historic Move, President Trump Withdraws the United States from the “Defective At Its Core” Iran Nuclear Deal | American Center for Law and Justice
Search  |  Logout  |  Login  |  Register 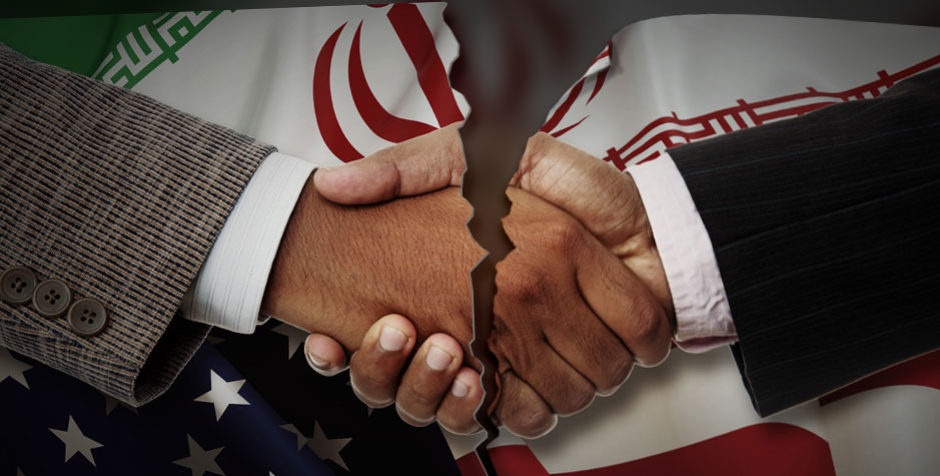 In An Historic Move, President Trump Withdraws the United States from the “Defective At Its Core” Iran Nuclear Deal

It’s a victory for America and our allies as President Trump, true to his word, has officially withdrawn the United States from what he accurately called the “defective at its core” Iran nuclear deal. Further, the President has ordered that sanctions be re-imposed on Iran in an expeditious manner.

The 2015 deal brokered by former Secretary of State John Kerry and implemented by President Obama profited Iran and hurt the rest of the world, and worst of all put our ally Israel in grave danger.

They practically broadcast their plans and their target to the world when, as we reported, they tested ballistic missiles with the words “Israel must be destroyed” emblazoned on the sides. They clearly had every intention to develop a nuclear arsenal and the nuclear deal as it stood did nothing to stop them.

Other world leaders acknowledged the problems in the deal but chose to do nothing but let it move forward.

We have said all along that this deal needed to be fixed to prevent Iran from becoming a nuclear threat, with stronger provisions put in place to force them to keep their word. Or else the U.S. needed to abandon it altogether. The President had no choice but to pull out and send a strong message that the U.S. will not be blackmailed.

President Trump is essentially telling Iran we now start over from zero. If Iran truly wants a deal, they will sit down at the table and craft a new deal that benefits everyone, not just Iran. We will not tolerate threats to Israel or our other Arab allies. We will not allow the proliferation of nuclear weapons. We will demand they be fully transparent and allow external inspectors in their country – not simply self-report – or there will be harsh penalties.

Israel’s Prime Minister Benjamin Netanyahu immediately made a public statement calling the deal a “recipe for disaster” and praising President Trump’s decision to pull out.

In addition to withdrawing from the deal, the President issued a Presidential Memorandum today detailing how sanctions will be re-imposed on Iran. The Memo states:

The Secretary of State and the Secretary of the Treasury shall immediately begin taking steps to re-impose all United States sanctions lifted or waived in connection with the JCPOA, including those under the National Defense Authorization Act for Fiscal Year 2012, the Iran Sanctions Act of 1996, the Iran Threat Reduction and Syria Human Rights Act of 2012, and the Iran Freedom and Counter-proliferation Act of 2012.  These steps shall be accomplished as expeditiously as possible, and in no case later than 180 days from the date of this memorandum.

This is a bold move that will not only help bring stability to the region but also security to the world. It stands as a stark reminder of the preeminence of U.S. foreign policy and a strong warning to the enemies of freedom across the globe.

This is a victory for Israel. It is a victory for America. But it is also a victory for sanity and common sense. The deal as it was crafted put the entire world in jeopardy. The fact that it was even signed in the first place is inexplicable. As President Trump himself said in his address, it was a “horrible one-sided deal that should have never, ever been made. It didn’t bring calm. It didn’t bring peace. And it never will.”

The withdraw from the Iran deal and the re-imposition of sanctions are a victory for everyone who supported the ACLJ and signed our petition demanding the end of this awful, broken deal.