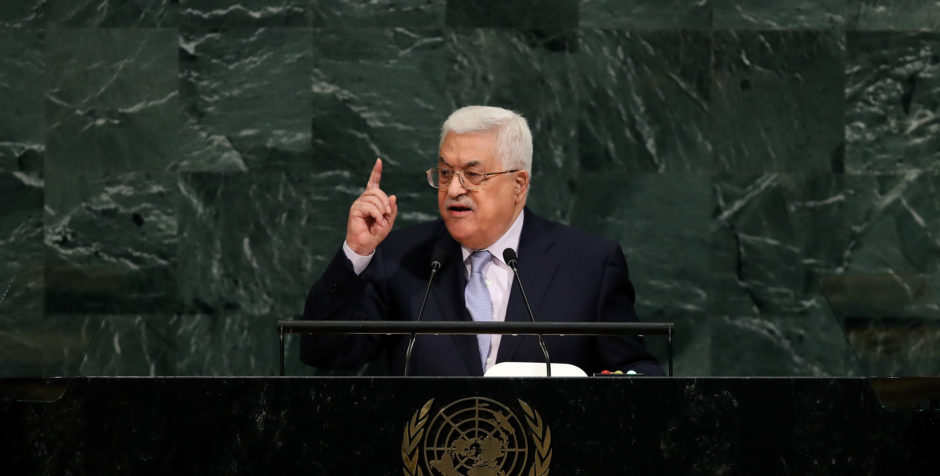 U.S. Stops Funding to Palestinian Authority for Continuing Its “Pay for Slay” Program to Reward Terrorists

Earlier this year, the President promised to cut funding to the terrorist affiliated Palestinian Authority (PA) as long as they continued to reward the families of terrorists.

Now the President’s Administration has gone a step further, cutting off even more funding by withholding a significant sum of money – roughly $200 million dollars – that had been previously earmarked to go to the PA.

We’ve told you about the Taylor Force act stopping funding to the Palestinian Authority (PA) until they stopped their “pay for slay” program.

As we’ve previously pointed out, the PA has been paying out an estimated $300 million each year to incentivize and reward terrorists. At the same time, the U.S. has been providing at least $400 million in taxpayer dollars annually to the PA. Not only are these barbaric attacks, but the fact that American tax dollars have subsidized them is simply unconscionable.

For years, the PA has used American aid money and money from the U.S. taxpayer-funded U.N. Relief and Works Agency for Palestine Refugees (UNRWA) to subsidize its “pay for slay” program, enticing and enlisting new terrorist soldiers in its war against Israel.

Withholding upwards of $200 million dollars the PA was already counting on should help to slow their martyr recruitment efforts. Hundreds of millions of free U.S. tax dollars already sent to the PA have been used to recruit and rewarded new jihadists for murdering Americans and Israelis.

The United States will not fund rewards for the families of bloodthirsty terrorists such as the one who savagely stabbed Texas-born Retired Army Officer Taylor Force to death while he was in Israel studying to earn an MBA. Force was a West Point graduate who served in both Iraq and Afghanistan.

Force’s murderer, Palestinian Bashar Masalha, was shot and killed by police, but was given a hero’s funeral and his family will “receive a pension for life, amounting to three times the average yearly salary in the West Bank.”

It would be foolish to believe that “pay for slay” does not incentivize desperate young would-be martyrs to commit atrocities.

Supporters of the PA have criticized the U.S. for withholding this funding, calling it cruel and stated that it will result in a “devastating impact on innocent women, children and families,” arguing that such cuts were intended to “cruelly punish Palestinian civilians and marginalize and undercut Palestinian leadership.” This is just patently false.

The U.S. has good reason to believe that any money sent to the PA will once again be used to pay off terrorists. Its own leadership has said so. Palestinian Authority President  Mahmoud Abbas publicly declared the PA will continue rewarding murderers and terrorists, in direct defiance of the United States and Israel.

We must not only stop terrorists, we must hold those who support and pay for terrorism accountable.

The President’s actions ensure the PA will need to rely on its own pocketbook, as it will not receive another cent of American aid as it continues to incentivize and reward terrorism, killing Americans and Israelis, and waging both legal and literal war on Israel.

We are hopeful that withholding this money, as well as the recent passage of the Taylor-Force Act, will impede terrorist enticement and recruitment and permanently cripple and dismantle terrorist organizations at war with Israel.