Major Victory: U.S. To Stop Funding Palestinian Authority Over “Pay for Slay” Payments to Terrorists at War With Israel | American Center for Law and Justice 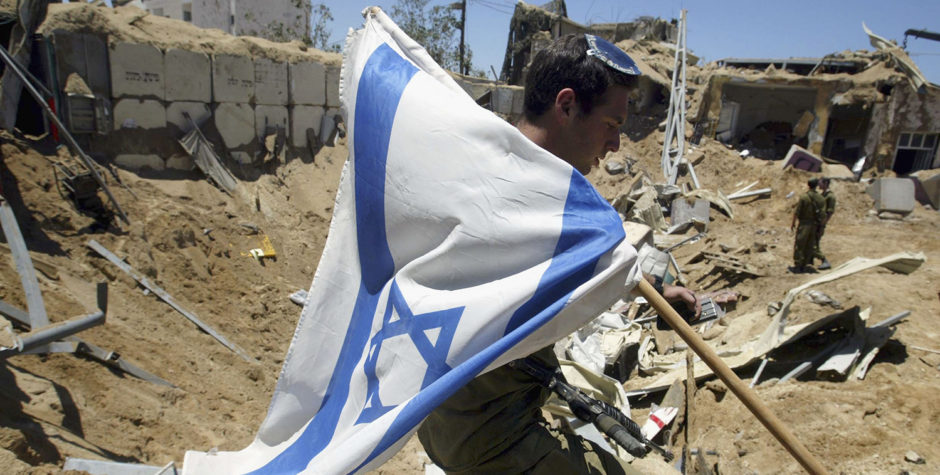 Major Victory: U.S. To Stop Funding Palestinian Authority Over “Pay for Slay” Payments to Terrorists at War With Israel

In a big victory for America and our ally Israel, and a fitting tribute to an American soldier, one of the most heinous misuses of U.S. tax dollars ever has come to an end.

For years, the “pay for slay” program used American aid money to subsidize terrorists at war with Israel. The Palestinian Authority (PA) utilized hundreds of millions of free U.S. tax dollars as it recruited and rewarded new jihadists to murder Americans and Israelis.

The American people should not be paying for terrorism. We’ve been aggressively calling on Congress to end this atrocious program for years. Now with the passage of the Taylor Force Act, they finally have.

The Taylor Force Act was included in the omnibus spending bill that just recently passed the House and the Senate and was signed into law by the President. The legislation cuts off all U.S. taxpayer funding to the PA until it stops funneling money to terrorists through its “pay for slay” program.

For years the PA has been paying the families of terrorists who slaughter innocent Israeli civilians. While at the same time, the U.S. has been forking over hundreds of millions of dollars to the PA. As we have long detailed, money is fungible, and the reality is U.S. tax dollars are helping subsidize this “pay for slay” program. Not only does “pay for slay” promote and reward terrorists who kill Israelis, but also those who kill Americans.

Texas-born Retired Army Officer Taylor Force is a West Point graduate who served in both Iraq and Afghanistan. Pursuing his MBA from Vanderbilt University, Force was in Israel as part of his studies when he and his wife were viciously attacked by a brutal Palestinian jihadist. Force was savagely stabbed to death. His wife was severely injured as well, but survived, and must now raise their daughter alone.

The PA paid a bounty to the killer’s family through “pay for slay” as a reward for his disgusting deed. It’s truly sickening.

As we’ve previously pointed out, the PA has been paying out an estimated $300 million each year to incentivize and reward terrorists. At the same time, the U.S. has been providing at least $400 million in taxpayer dollars annually to the PA. Not only are these barbaric attacks, but the fact that American tax dollars have subsidized them is simply unconscionable. In an interview with Fox News, Taylor’s sister, Kristen, said it best:

"To pay someone to take the life of someone who had no fight in this game, who couldn't have been a better human being, a better American, just to pay someone . . . the utter lack of respect for human life is shocking and terrible," Kristen said.

"I truly hope no other family has to go through what my family has been through, and that people aren't rewarded for killing others."

Kristen is correct—the attack was truly disgusting. Fortunately, the Taylor Force Act, named for this American hero, will end U.S. taxpayer funds to the PA unless the PA ends “pay for slay” payments to terrorists who murder Israelis and Americans.

Not surprisingly, the PA has expressed their virulent opposition to this act. Palestinian President Mahmoud Abbas voiced his resistance to the act in a speech last month, saying: “The Americans are always telling us that we must stop paying salaries to the families of martyrs and prisoners. We categorically reject this demand.”

Regardless of his attempts to justify cold-blooded murder, the ball is now in their court. The United States “categorically rejects” the idea that these so-called “martyrs” are anything other than vicious murderers, and will no longer provide a single dime that could reward them or their families. Put simply, this new legislation gives the PA a firm ultimatum: Stop “pay for slay” immediately, or lose hundreds of millions in U.S. aid. End of discussion.

This is a major win. The fact that American taxpayer dollars were ever used to subsidize or reward any innocent American or Israeli citizen’s killer is truly appalling. We at the ACLJ are extremely gratified to see this legislation signed into law as a fitting memorial to the life of a young veteran and his family.

While we actively advocated for the passage of the Taylor Force Act as a stand-alone bill and remain concerned about the omnibus spending bill’s unrestrained spending, we are grateful for this critical provision of the law. Not one more dime should ever flow to the Palestinian Authority as it wages both legal and literal war against our ally Israel.

We will continue to monitor the situation, and hope that after years of demanding an end to PA funding, this new law will impede terrorist recruitment and begin a financial dismantling of the terrorist organizations at war with Israel.