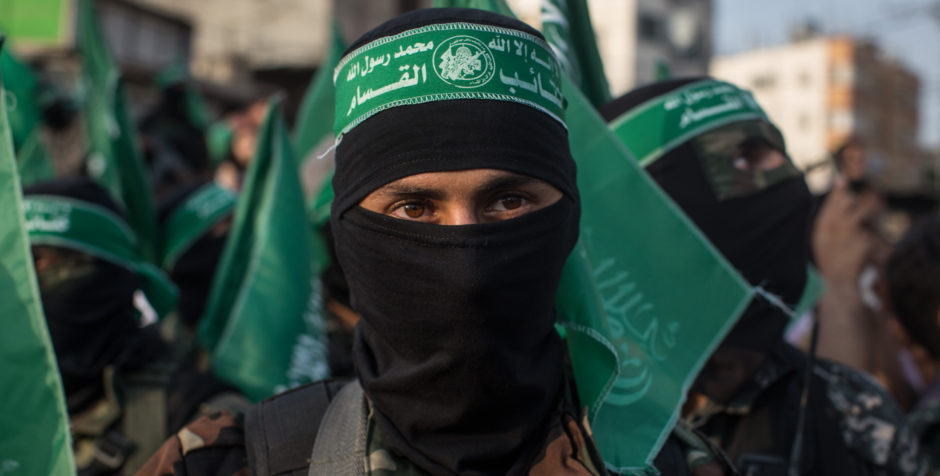 It is time to end U.S. funding for the terrorist-led Palestinian Authority (PA). As it stands now, U.S. taxpayers are subsidizing the PA government, which in turn pays financial rewards to terrorists and their families. Last year, a Palestinian terrorist stabbed ten innocent civilians and murdered an American citizen in Israel. The PA – which we fund with hundreds of millions of our taxpayer dollars – then paid the terrorist’s family as a martyr for the jihadist anti-Israel cause. For years, we have called for the end of this taxpayer-funded “pay for slay” program. Finally, Congress is taking bipartisan action.

In March 2016, a Palestinian terrorist went on a killing spree through the streets of Jaffa Port in Tel Aviv, Israel’s second largest city. Before being killed by police, he stabbed ten innocent civilians, including an American citizen, Taylor Force, who died before reaching the hospital. Mr. Force was a West Point graduate, a Field Artillery Officer in the U.S. Army, and served in both Iraq and Afghanistan. He was in Israel as part of his MBA program at Vanderbilt University. He was survived by his wife, who was also injured in the terror attack.

Rather than condemn this horrific and cowardly jihadist act, the PA praised the terrorist as a martyr in its official media and awarded his family a generous lifelong stipend. This stipend is enshrined in the laws of the PA. It is designed to encourage individual acts of terrorism against Israel and its allies in the name of Palestinian independence.

The program, infamously referred to as “pay for slay,” offers a tiered payout to those who carry out these heinous attacks; the more horrific the crime, the greater the payout. The PA spends $300 million a year to fund this brutal program. More than 30,000 terrorists and their families receive these payments each year.

Each year the United States sends upwards of $500 million to the PA in the form of economic, security, and humanitarian aid. Even if every American dollar went to help those in need, money is fungible, and our aid frees up the PA’s resources to continue to subsidize terrorist attacks against American and Israeli civilians.

Congress has known about this problem for years. In 2015, Congress passed a law reducing U.S. aid to the PA one dollar for every dollar spent by the PA for acts of terrorism. In response, the PA routed the program’s funding through the Palestine Liberation Organization (PLO), another terrorist organization. In 2017, Congress responded to this subterfuge with an appropriations bill to include the PA and the PLO. Yet, these measures have proven ineffective. They are hard to track, and bureaucrats have lacked the will to enforce them.

Finally, Congress is taking decisive action to end your – the American taxpayers – unwitting funding of Palestinian terrorism: the Taylor Force Act. The act gives the PA a choice: End the “pay for slay” program or have hundreds of millions in U.S. economic aid stripped away. It is an all or nothing choice that requires no complex monitoring or calculations and takes unneeded bureaucratic complications out of the equation.

This is a vital first step in ensuring that we stop providing taxpayer bailouts to terrorists bent on waging jihad on our ally Israel.

We have advocated for this type of legislation all along. We are saddened it has taken the loss of an American life to spur Congress into action, but we are encouraged by their renewed resolve to end funding of this terrorist organization. We ask both houses of Congress to bring the Taylor Force Act to a vote before their full bodies and get this bill to the President’s desk as soon as possible.