Hundreds of Deadly Terrorist Rockets Fired from Gaza, Pushing Israel to the Brink of War – Will the Tenuous Ceasefire Hold? | American Center for Law and Justice
Search  |  Logout  |  Login  |  Register 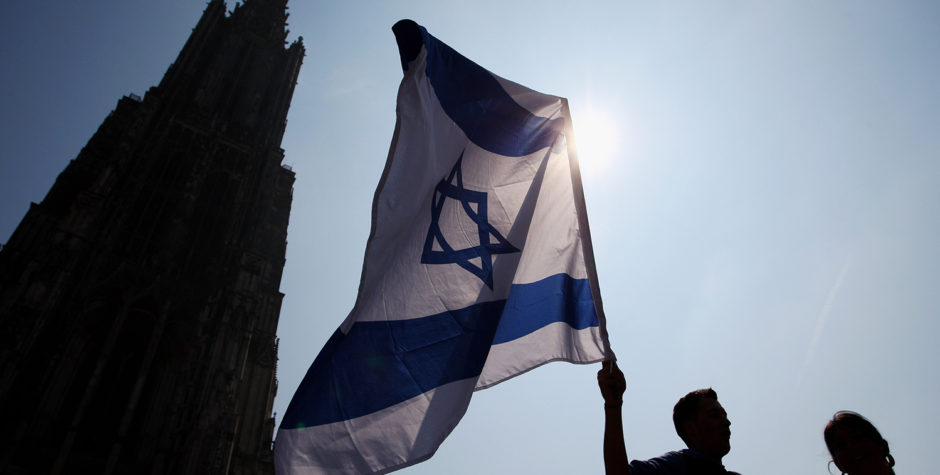 Hundreds of Deadly Terrorist Rockets Fired from Gaza, Pushing Israel to the Brink of War – Will the Tenuous Ceasefire Hold?

Israel has been pushed to the brink of war.

Already this week, more than 300 deadly rockets and mortar shells have rained down on Israel, reportedly launched by Islamic jihadists like the terrorist groups Hamas and Islamic Jihad in Gaza.

According to the Israel Defense Forces, more than 300 projectiles were fired at Israel, triggering sirens in Israeli communities close to the Gaza Strip, in the city of Beersheba and even as far away as the Dead Sea and the West Bank’s Hebron Hills.

Some 60 incoming rockets and mortar shells from Gaza were intercepted by the Iron Dome air defense system, the military said, while several others struck homes and buildings in Israeli communities near the border, causing light injuries and severe damage. The IDF said that the majority of the projectiles that were not intercepted fell in open areas, causing neither casualties nor damage.

An anti-tank missile fired from Gaza struck a civilian bus that had been carrying Israeli troops. Most of the Israeli soldiers had already gotten away from the bus before it was destroyed in a fiery explosion.  One Israeli soldier still near the vehicle when it was hit was said to have been seriously injured and rushed to a medical center where his condition is still listed as “unstable.”

The soldier who was injured was apparently standing outside the bus when the Kornet anti-tank guided missile was fired from the Gaza Strip.

The bus, which had no markings identifying it as military, had just pulled out of the Black Arrow memorial near Kibbutz Kfar Azza, several kilometers from the Gaza border, when it was hit.

The 19-year-old Israeli soldier was taken to Beersheba’s Soroka Medical Center in unstable condition, with injuries throughout his body, medics said.

In the face of these horrible attacks, Israel has had no choice but to defend itself with military force. Israel reportedly launched airstrikes to defend itself from these persistent violent attacks.

The IDF launched a series of airstrikes on the Gaza Strip in response to the multiple rounds of rocket fire. According to the Palestinian Red Crescent, three people were killed and several were wounded in the strikes.

Now it has been reported that both sides have agreed to a tenuous ceasefire, but for how long? Israel has made it clear that it will maintain its right to defend itself so long as jihadists in Gaza continue to attack.

“Israel maintains its right to act. Requests from Hamas for a ceasefire came through four different mediators. Israel responded that the events on the ground will decide [if a ceasefire will go into effect],” the official says, speaking on condition of anonymity.

We’ve reported about multiple rocket attacks on Israel this year. 2018 has already been a dangerous year for Israel, with some of  the most violent attacks against our ally in years.

We just told you about another attack where 30 rockets were fired on Israel from Gaza. At the time, 30 rockets seemed like a staggering barrage.

One of the rockets struck an Israeli kindergarten – just hours before it would have been filled with innocent children.

Along with rockets, sources report that Palestinian terrorists have also launched “arson balloons” and “incendiary kites” in attempts to burn down Israeli farmland and infrastructure.

The attacks on Israel must stop. Not only the terrorist rocket attacks fired from Gaza, but the anti-Semitic attacks from within the United Nations. We told you the anti-Israel U.N. just voted to elevate the illegitimate power of the Palestinian Authority (PA) – granting it statehood status, when it is not a state – despite continued violence and threats against Israel.

We’ve also told you how the U.N. established a slush fund with as much as $65 MILLION DOLLARS to support the PA – an organization that rewards terrorists – as it wages lawfare against Israel.

We are redoubling our efforts in defense of Israel’s interests. We’re taking on the hate and anti-Israel attacks at the U.N., in multiple cases in U.S. federal courts, at the International Criminal Court (ICC), and directly through our office on the ground in Jerusalem – Israel’s capital.

This ceasefire already appears to be dubious, and the U.S. government has issued a reward for information leading the capture of the leaders of the terrorist groups Hamas and Hezbollah. The conflict is far from over.

We will defend our ally Israel. We must take action to support Israel’s right of self-defense and cease all funds to any organization that supports attacks against Israel.