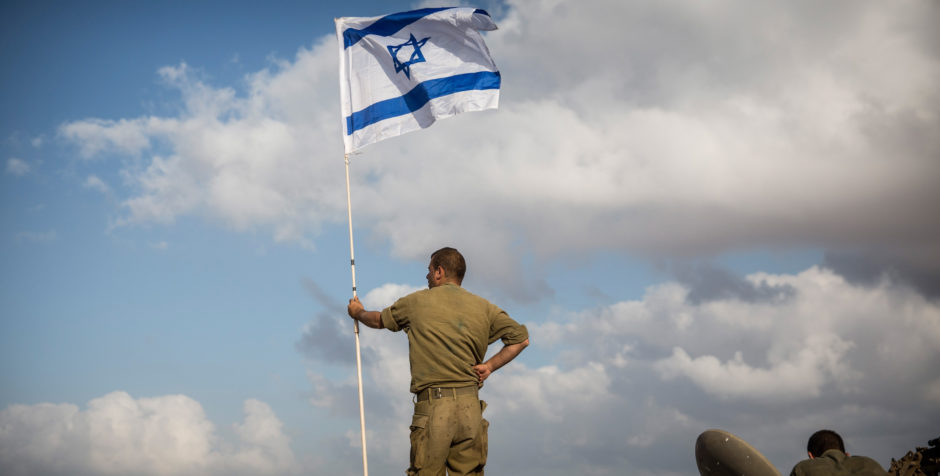 Israel Under Attack – More Deadly Rocket Fire, Enemies at the Anti-Israel U.N., and a Proxy War in Syria

Israel is under attack.

Another 30 new deadly jihadist rockets were just fired on Israel, reportedly launched from the Gaza Strip.

On Friday night militants in Gaza fired at least 30 rockets towards Israel. The Israeli military responded with air strikes on what it said were more than 80 military targets in the strip.

Just this year we’ve told you about multiple rocket strikes against Israel. 2018 has witnessed some of the most violent attacks against Israel in years. One of the rockets struck an Israeli kindergarten – just hours before it would have been filled with innocent children there to learn and play.

In addition to these despicable rocket attacks, Palestinian terrorists have reportedly used other makeshift weapons like “arson balloons” and “incendiary kites” to set fire to Israeli land and infrastructure.

Palestinians have also launched kites and balloons carrying containers of burning fuel and explosive devices over the border, sparking fires in Israel that have reportedly burned more than 2,800 hectares (6,900 acres) of forest and farmland.

And now Israel not only faces the danger of terrorist attacks, it must contend with enemies at the United Nations (U.N.). We told you how the anti-Israel U.N. just voted to elevate the illegitimate power of the Palestinian Authority – despite its continued violent attacks and threats against our ally Israel.

We’ve told you about the U.N.’s slush fund with as much as $65 MILLION DOLLARS created to support the Palestinian Authority (PA) – an organization that incites and pays terrorists – to wage lawfare against Israel.

Israel faces a proxy war in Syria. Iran is using the chaos in Syria to funnel weapons to jihadist groups like Hezbollah to wage war on Israel.

Israel is rightfully taking action to defend its legitimacy and its people. It’s engaging in lawful, targeted military strikes in Syria to stop Iran’s illegal proxy war. A White House spokesman echoed this support for Israel’s right to defend its people and its national security in a recent statement:

The White House position has been that Israel has the right to defend itself and, further, that the U.S. welcomes Israel’s attempt to thwart Iran’s effort to create an “arc of control” leading from Iran west through Iraq, Syria and, ultimately, Lebanon.

“Iran and Hezbollah cannot be allowed to build an arsenal of weapons on Israel’s border that threatens the region,” a White House spokeswoman said in a statement.

At the ACLJ, we are redoubling our efforts in defense of Israel’s interests. We’re taking on the hate and anti-Israel attacks at the U.N., in multiple cases in U.S. federal courts, at the International Criminal Court (ICC), and directly through our office on the ground in Jerusalem – Israel’s capital.

We must defend Israel. We must take action to support Israel’s right of self-defense and cease all funds to any organization that supports attacks against Israel.