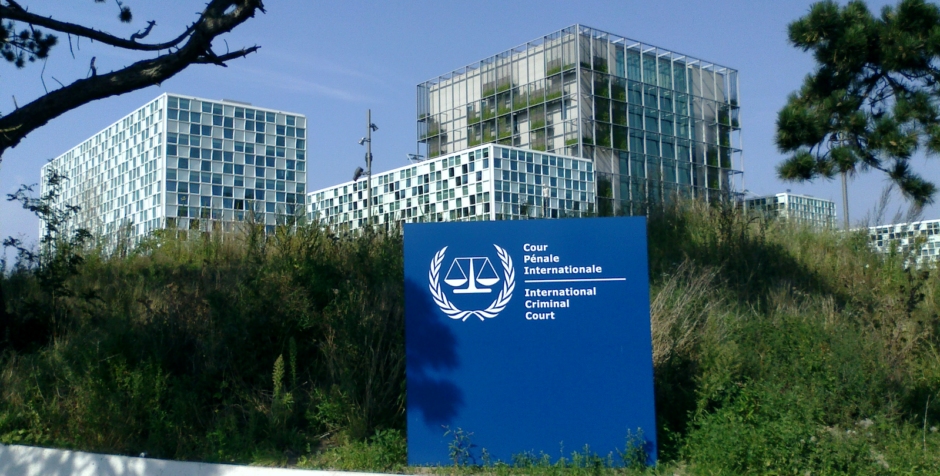 In addition to the unprovoked terrorist attacks, unjustified legal attacks against the State of Israel and its armed forces continue to mount. This week we took action at the International Criminal Court (ICC) to repel some of those attacks.

As part of such attacks, last year four Arab Palestinian organizations filed a confidential dossier with the ICC accusing Israel of committing the crime of apartheid against Arab Palestinians. While the specific allegations set forth in the dossier are confidential and not in the public domain, the general apartheid accusations and the basis of such accusations are no secret.

As you know, we routinely respond to such attacks and have filed several letters with the ICC in the last few months. In our most recent letter filed this week, a team of attorneys at the ACLJ and the European Centre for Law and Justice (ECLJ) has provided the Office of the Prosecutor a thorough legal analysis of why the crime of apartheid has nothing to do with Israeli policies toward Arab citizens of Israel, Arab Palestinians in the “West Bank” and the Gaza Strip, or the so-called Arab Palestinian “refugees” in Jordan, Lebanon, Syria, and elsewhere.

Apartheid is a crime under international law, expressed through official policies of racial separation and discrimination. In fact, institutional discrimination on the basis of race is the essential element that must be proven in order for such discrimination to constitute apartheid. Without the racial element, there is no apartheid.

The term apartheid originated in South Africa where it signified the government’s widespread and systematic policies of discrimination and segregation against blacks and other racial groups on the basis of race. Israel’s relationship with Arab Palestinians, on the other hand, is not based on “race”. In fact, there is no evidence whatsoever that Israel treats Arabs (whether they are citizens of Israel or not) differently because of their race.

Our letter informs the ICC that each allegation of apartheid erroneously looks at Israeli policies vis-à-vis Arab Palestinians without considering whether those policies are racially-motivated or if there is—or can be—a claim that race is involved at all. Without making this crucial determination, such politically-motivated reports erroneously conclude that, as long as the Israeli government treats certain Arab Palestinians differently from its own citizens, however such disparate treatment is justified, it must be committing the crime of apartheid. Such a conclusion is a gross non-sequitur and specious.

Our letter discusses numerous Israeli laws that Arab Palestinian organizations allege are consistent with apartheid. Our legal analysis shows that such laws have nothing to do with racial discrimination and do not even come close to policies of apartheid. Simply put, Israel has no law or policy that is motivated by racial differences.

Israel treats its Arab citizens as it treats its Jewish, Druze, and other citizens. They all have full and equal rights under the law, full and equal access to State resources, and all can (and, in fact, do) participate fully in the political process. Equal treatment irrespective of race totally refutes any claim of apartheid.

Admittedly, Israel does treat Arab Palestinians in the “West Bank” and the Gaza Strip differently, yet not because of their race. Israel treats them differently because (1) they are not citizens of the State of Israel and, hence, have no claim to the rights and benefits that accrue to Israel’s citizens; (2) because this population as a collective (via its political leaders) refuses to recognize the Jewish State of Israel while working actively to delegitimize and undermine it; and (3) because many Arab Palestinians, including some of their representative organizations, are engaged in ongoing hostilities against the State of Israel and its people.

As a result of ongoing armed conflict and non-stop indiscriminate attacks against its civilians, Israel is fully justified under the Law of Armed Conflict to defend itself and to apply military measures such as erecting blockades and barriers, detaining terrorist suspects, trying terrorists in military courts, and attacking legitimate military targets. All of these measures are permissible under international law. Any accusation that such acts are motivated by race is ludicrous on its face, as demonstrated by how Israel treats its Arab citizens who are ethnically identical to Arab “Palestinians.”

In sum, the ACLJ / ECLJ team of lawyers continues to pay close attention to what the ICC Prosecutor is doing vis-à-vis Israel. We will continue to respond strongly when we determine that the ICC appears to be acting politically rather than as a court should, based on the Rule of Law.

We have thwarted such attempts to undermine and prosecute Israel at the ICC in the past by defending Israel’s interests directly before the Office of the Chief Prosecutor at the ICC—and we have won. As Minutemen of old, we stand ready, willing, and able to do so again.