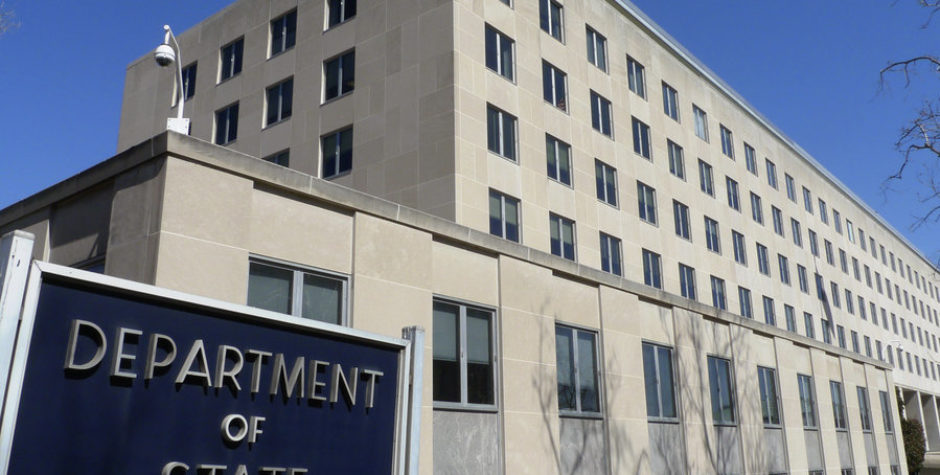 The ACLJ has just obtained new documents showing the Obama State Department misled Members of Congress about taxpayer funding going to an organization that was attempting to unseat the government of our ally Israel.

We have previously discussed our ongoing Freedom of Information Act (FOIA) case against the Department of State involving our request for public records regarding grants of U.S. funds to the organizations OneVoice Israel and OneVoice Palestine. While the United States regularly issues grants to international organizations that provide services such as humanitarian relief, educational opportunities, and even opportunities and activities aimed at encouraging democratic voter participation, it turns out the OneVoice organizations went well beyond such measures and actively campaigned against Israeli Prime Minister Benjamin Netanyahu in the 2015 elections—using resources established and developed with grant funds from the Obama State Department.

One of the important discoveries we made, through documents we received in response to our FOIA lawsuit, is that one of the senior advisers to OneVoice Palestine was none other than the son of Mahmoud Abbas, the president of the Palestinian Authority – something the Obama Administration clearly knew (since these documents were in its possession).

In short, U.S. taxpayer funds were distributed by the Obama State Department to two sister organizations with clear political goals of undermining—indeed, unseating—the sitting prime minister of a U.S. ally.

When U.S. legislators learned of these grants to OneVoice, and OneVoice’s political goals and activities, several of them wrote to the State Department to express their concerns and ask for further information. One such letter came from Senator Ted Cruz and Representative Lee Zeldin, on January 29, 2015. The State Department’s response, dated February 23, 2015, is included in the latest production of documents we received as a result of our FOIA request.

In its response letter, the Obama State Department provided its assurances that “there is absolutely no basis to claims that the Department of State has funded efforts to influence the current Israeli election campaign.”

That was simply not true. At best, the Obama State Department shirked its responsibility by failing to gather all the facts from key officials before responding to an inquiry by Members of Congress. At worst, it intentionally misled them.

What we the people have since learned is that State Department (i.e., U.S. taxpayer) funds were in fact used (even if indirectly) for precisely this purpose. As the Senate Permanent Subcommittee on Investigations, Committee on Homeland Security and Governmental Affairs concluded, OneVoice absolutely “did use the campaign infrastructure and resources that it had built, in part, with State Department funds to support a campaign to defeat Prime Minister Netanyahu in the 2015 elections.”

More importantly, even if OneVoice’s overt political campaign activities did not begin until after the grant period ended (in November 2014), the State Department should have known, at the time of its letter to Cruz and Zeldin, that its assurances were not entirely accurate. According to a document contained in the appendix to the Subcommittee report, OneVoice leadership provided its anti-Netanyahu political strategy to Michael Ratney, U.S. Consul General in Jerusalem, in September 2014, identifying one of its primary aims as “weaken[ing] Netanyahu and his right wing partners” to “embolden the leaders of the Left to get their act together.” This means that during the time that OneVoice was receiving United States funds, its leaders were in the process of developing both this anti-Netanyahu political strategy and the capabilities necessary to carry it out—and the Obama State Department knew it.

Worse yet, the Obama State Department doubled down on its, at best, willful blindness, and at worst, intentional deception. On the heels of the release of the Senate Subcommittee’s findings in July 2016 – including that the Obama State Department “failed to take any steps to guard against the risk that OneVoice could engage in political activities using State-funded grassroots campaign infrastructure after the grant period” – the Department’s spokesperson defended the grant, as drafted and implemented, and confirmed he had no knowledge of any plans to make changes or include necessary restrictions in the future.

Unfortunately the Obama State Department refused to fix the problem. Rather than focusing its efforts on implementing policy and regulation changes sufficient to ensure that, going forward, U.S. funds are not used – directly or indirectly – for such political purposes, it instead hid behind the Subcommittee’s finding that “OneVoice’s use of resources created or expanded during the grant period [did not constitute] a violation of existing State Department policy or regulations concerning investments made with grant funding.”

But funding pro-Palestinian political interests was apparently a virtual pastime for the Obama State Department, as it seems the agency was well aware that a majority of the millions of U.S. taxpayer funds given annually to the United Nations Relief & Works Agency for Palestine Refugees in the Near East (UNRWA) are not used to provide assistance to any actual “refugees.” As we’ve recently discussed, in order to avoid public knowledge that these funds are actually being used to further the fallacious political narrative that there are millions of Palestinian “refugees” in need of these resources – which in turn furthers the Palestinian narrative of a so-called “right of return” for such individuals that would effectively eliminate the Jewish State of Israel – the State Department completed, but improperly classified, a report that is said to debunk both notions.

In 2016, the Obama State Department also contributed more than one hundred thousand dollars to the Carter Center, an organization with a field office in Ramallah that boasts regular contact with leaders of both Fatah and Hamas. The State Department has designated Hamas as a Foreign Terrorist Organization (FTO). We issued a FOIA request seeking documents concerning U.S. taxpayer funds flowing to the Carter Center, as well as any documents concerning whether the Carter Center provided “material support or resources” to Hamas and other FTOs in violation of U.S. law, and have recently filed suit to compel production of those documents.

Our lawsuits against the State Department seeking documents related to these issues are aimed at finally discovering the truth about how the Obama Administration was using taxpayer funds (and allowing others to use them) to subvert our ally Israel. Only armed with the knowledge of what our government is actually doing can we as citizens effectively participate in the democratic process. This was the underlying recognition by Congress when it enacted the Freedom of Information Act, and it is the principle that continues to drive our efforts in these cases.