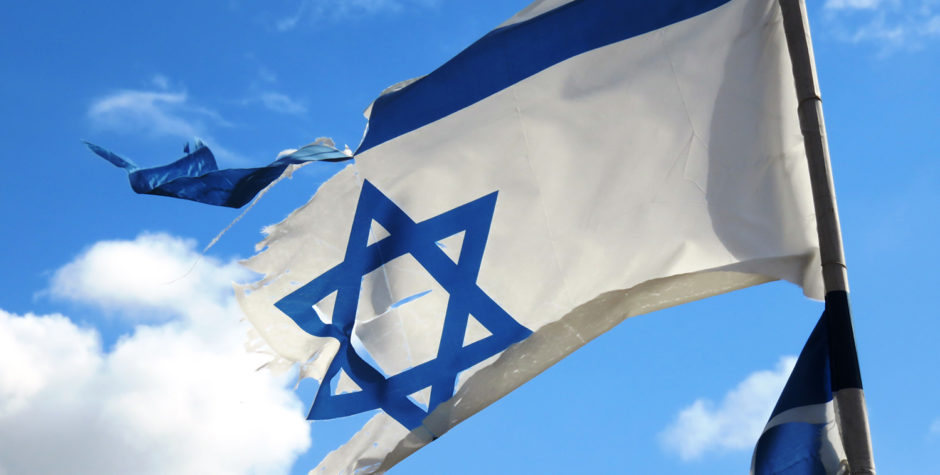 In our ongoing Freedom of Information Act (FOIA) lawsuit, the ACLJ has just uncovered what appears to be direct correspondence between the CEO of an anti-Israel group that was being funded by the Obama State Department and undisclosed recipients at the State Department itself.

This revelation undercuts the Obama Administration’s efforts to distance itself from the group’s efforts to defeat Israel’s Prime Minister in the upcoming elections.

We received the latest set of documents from the State Department pursuant to our request for government records regarding U.S. taxpayer grants to OneVoice Israel and OneVoice Palestine. These are the nonprofit organizations that used digital infrastructure built with U.S. government funds to orchestrate an attempt to unseat the government of Israel in 2015. The records we obtained include further confirmation of the bias of the OneVoice organizational leadership against Israel and Israeli Prime Minister Netanyahu and in favor of Palestinian Authority president Mahmoud Abbas.

Here are some examples of what we’ve uncovered.

One email Ginsberg sent contained an article he authored in March 2014, entitled “It’s Just Not Good Enough to Be Prime Minister of AIPAC.” In it, he attacked Israeli Prime Minister Netanyahu for blaming the lack of peace between Israel and the Palestinians on the Palestinian leaders. Ginsberg claimed that Netanyahu’s stated concerns about the Palestinian leadership – flooding Israel with Palestinian refugees, refusing to recognize Israel as a Jewish state, and seeking to “amputate” parts of the Negev and Galilee from Israel – were unfounded. Of course, Abbas himself has since discarded the façade of the moderate peacemaker and confirmed once and for all that such concerns on the part of Israel are entirely valid.

Ginsberg sent another email (which was in the State Department’s possession) including an article he penned in August 2014 entitled “Can Gaza Ever be Pacified?” In it, Ginsberg criticized Israel’s military operations and suggested that Israel should take steps to “re-empower the moderate Palestinian Authority and its president Mahmoud Abbas.” This plug of support for Abbas is unsurprising, however, in light of the revelation in documents we previously obtained that Abbas’s own son is a senior adviser to OneVoice Palestine.

It is clear from these emails that the Obama State Department was aware of OneVoice’s opposition to Netanyahu and support for Abbas – whose son was one of it’s leaders – at the same time State was doling out hundreds of thousands of U.S. taxpayer dollars to it.

But it gets worse.

A third document, pre-dating both emails to which Ginsberg’s articles were attached, is a September 18, 2013, email from Ginsberg to “friends and colleagues” (which obviously included State Department officials among the recipients) announcing his acceptance of the position as CEO of the PeaceWorks Foundation and the OneVoice Movement. In an attachment to that email, describing the work of OneVoice – sent just three days after OneVoice submitted its final grant proposal to the State Department (via the Embassy in Tel Aviv) – it is unequivocally communicated that the organization’s purpose is “to deploy traditional political advocacy tools along with 21st century social and digital media to encourage Israelis and Palestinians to directly petition their leaders to advocate support for the [Kerry-led two-state solution] talks.”

We learned about one such tool in another email sent by Secretary of State John Kerry’s Deputy Chief of Staff Jonathan Finer (6 days before he was named Chief of Staff – and more importantly, exactly one week after the State Department falsely told Congress no funds were used to influence the Israeli election) to Wendy Sherman, Under Secretary of State for Political Affairs, among others. That email contains a memo describing the creation of a video posted to the Facebook page of V15-Victory 2015 (the group with which OneVoice partnered for this campaign) showing:

a person going to the polls, while Binyamin and Sarah Netanyahu pack their things. When the voter casts her ballot, the door to the prime minister’s residence slams shut behind the Netanyahus. At the end of the video, the polling official tells the voter: “Thank you. Good bye.” The accompanying post states: ‘On 17 March, we’ll tell Bibi thank you, good bye.”

This is clear evidence that high-ranking State Department officials were keenly aware of OneVoice’s true intentions to “replace the government” of Israel.

In short, these documents provide further confirmation that the Obama State Department had ample reason from the outset of the OneVoice grant request, as well as during the grant period, to know OneVoice’s intentions and to ensure that U.S. government funds were not used in any way to interfere in the political elections of another country. Only because the Department willfully turned a blind eye and failed to take such steps, however, were the very “social and digital media” platforms OneVoice built with those grant funds able to be used to oppose the re-election of the Prime Minister of our ally, Israel.

As we previously explained, documents we have uncovered also show the Obama Administration misled the American people and Congress about what it knew:

When U.S. legislators learned of these grants to OneVoice, and OneVoice’s political goals and activities, several of them wrote to the State Department to express their concerns and ask for further information. One such letter came from Senator Ted Cruz and Representative Lee Zeldin, on January 29, 2015. The State Department’s response, dated February 23, 2015, is included in the latest production of documents we received as a result of our FOIA request.

In its response letter, the Obama State Department provided its assurances that “there is absolutely no basis to claims that the Department of State has funded efforts to influence the current Israeli election campaign.”

That was simply not true. At best, the Obama State Department shirked its responsibility by failing to gather all the facts from key officials before responding to an inquiry by Members of Congress. At worst, it intentionally misled them.

What we the people have since learned is that State Department (i.e., U.S. taxpayer) funds were in fact used (even if indirectly) for precisely this purpose. As the Senate Permanent Subcommittee on Investigations, Committee on Homeland Security and Governmental Affairs concluded, OneVoice absolutely “did use the campaign infrastructure and resources that it had built, in part, with State Department funds to support a campaign to defeat Prime Minister Netanyahu in the 2015 elections.”

So not only did the Obama Administration know of this anti-Israel group’s true intent at the time it was sending U.S. taxpayer funds to it and it knew that one of its leaders was none other than Abbas’s son, but it then covered it up. The more we learn, we see just how far the Obama Administration went to undermine our strongest ally in the Middle East.

As we continue to uncover these revelations, we will bring them to you as part of our ongoing defense of Israel and efforts to expose anti-Israel bias embedded within the Deep State.