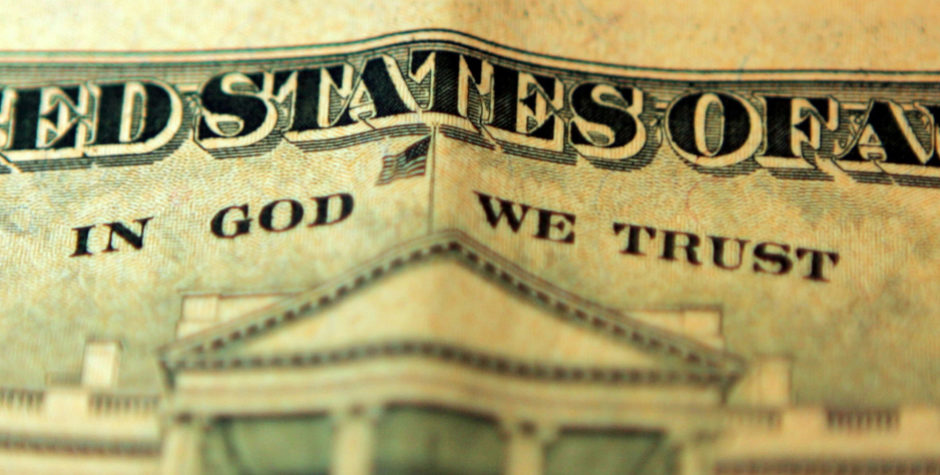 Victory for Our National Motto Against a Satanist Attack

Within just days of one victory in a National Motto case, another federal appellate court dismissed a similar lawsuit brought by a Satanist. The self-proclaimed “Satanist,” Kenneth Mayle, had sued the United States government, claiming that the National Motto – “In God We Trust” – on currency violates his constitutional rights under the Free Speech and Free Exercise Clauses. Specifically, Mayle claimed that, in holding and using currency, he is compelled to proclaim the “existence of” and “trust in” God, which contradicts his Satanist beliefs.

As has happened in all the lawsuits that atheists and others have brought against the National Motto, the trial court threw out Mayle’s lawsuit. And, following the atheists’ example, Mayle appealed his case to a federal appellate court, the Court of Appeals for the Seventh Circuit. With your support, the ACLJ filed a critical amicus brief urging the appellate court to affirm the lower court’s ruling.

The Court of Appeals agreed, holding that the National Motto burdened neither Mayle’s free exercise nor his free speech clause rights because he was not compelled to do anything.  The court said:

No one walking down the street who saw Mayle would have the faintest idea what Mayle had in his pocket—currency or plastic payment cards or perhaps just a smart phone. The government has thus not coerced Mayle into advertising, supporting, or participating in religion; it has merely included on its currency the religious heritage of the country along with other traditions.

In affirming the lower court’s decision to dismiss Mayle’s case, the court concluded by noting that it was “joining every other court” in upholding the constitutionality of the National Motto.

Thank you for your invaluable support in ensuring that all challenges to the National Motto, whether brought by atheists or Satanists, meet the same fate.