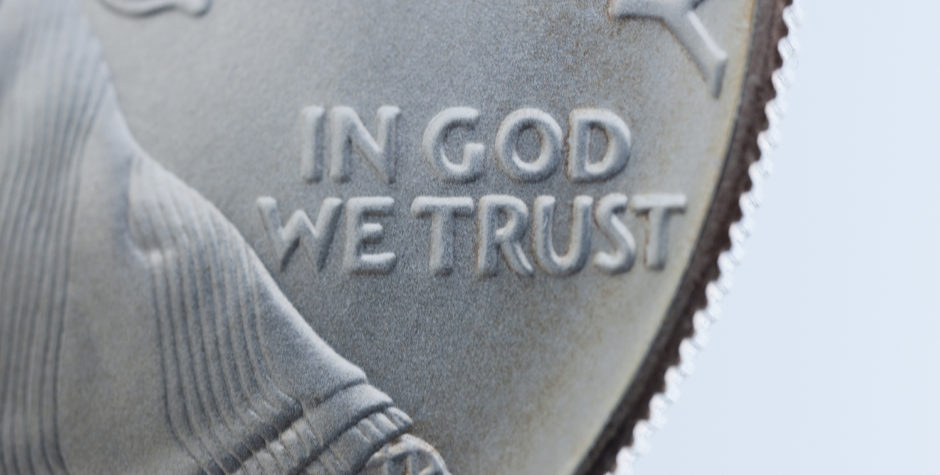 For many years, atheists have led the futile charge to have the National Motto excised from the nation’s currency.  Undeterred by the atheists’ unbroken string of losses in courts around the country, a self identified “Satanist” has now joined the cause.  The Satanist, Kenneth Mayle, filed suit in a Chicago federal court, claiming that the National Motto on currency violates his constitutional rights under the Free Speech and Free Exercise Clauses. Specifically, Mayle claimed that carrying money forces him to proclaim the “existence of” and “trust in” God.

The trial court threw Mayle’s lawsuit out. In a cursory opinion, the court stated that “it is well settled that the national motto “In God We Trust” on currency does not violate the Free Exercise Clause.” The court also dismissed Mayle’s free speech claim, concluding that “no reasonable viewer would think a person handling money does so to spread its religious message.”

Evidently determined to follow the atheists’ example of pursuing fruitless appeals, Mayle has appealed the case to the Court of Appeals for the Seventh Circuit.

As we have done in several other cases, the ACLJ is now preparing an amicus brief to be filed in Mayle’s case with the Seventh Circuit.  Less than a year ago, we filed a key brief on behalf of Members of Congress with another federal appellate court in a case in which atheists had filed free exercise clause and free speech claims against the National Motto.  Just as in Mr. Mayle’s case, the trial court had thrown out the atheists’ case. We expect a decision soon from the appellate court delivering another loss to the atheists.

With your help, the ACLJ will do its part to ensure that Mr. Mayle will experience the same defeat as his atheist compatriots.  Please sign the Petition below.  With your invaluable support, we at the ACLJ are doing all that we can to ensure that whether, atheist or Satanist, those who pursue hopeless challenges to the National Motto continue to meet with failure.