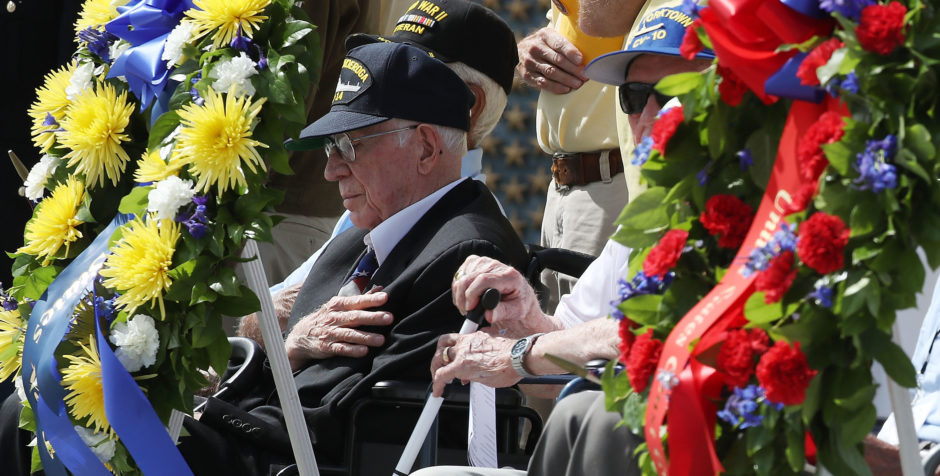 In 2013, what President Obama did was nothing short of a political stunt. To make our veterans feel the pain of the shutdown, he weaponized our public lands. He actually had park officials working overtime to erect barricades and stand guard to deny access to open air memorials, which were normally open 24/7. Worse still, he did this knowing that groups of WWII veterans were planning once in a lifetime visits to the memorial erected in honor of their fight for freedom.

I was there. I witnessed the tragic irony of elderly veterans who once fought for our freedom on the shores of Normandy and Iwo Jima having to fight once more through metal barricades, steel wire, and sandbags – erected with their tax dollars, during a time when the government was supposedly shut down – just to view the memorial built in their honor and on land they kept free.

The Obama Administration forced those who paid the price for our freedom to pay the political price to drive a narrative. It made heroes feel the pain to win a political battle.

It was repulsive to the core.

After witnessing this injustice, I went back down to the memorial with a team of ACLJ attorneys to demand answers. Once more the barriers were up, and we were denied access. We demanded answers. We prepared to take legal action, sent a demand letter to the Obama Administration, and filed a Freedom of Information Act (FOIA) request to know why the Obama Administration used our veterans as political pawns.

Only after our unceasing advocacy did the Obama Administration back down and reopen the monuments to First Amendment activity – a victory for heroes.

Thankfully, this time, the Trump Administration did not repeat the unconstitutional and disgraceful mistakes of his predecessor.

As The Wall Street Journal, explained:

The important difference this time is that the Trump Administration is trying to limit the shutdown damage while President Obama tried to make it as painful as possible.

White House budget director Mick Mulvaney vowed on Friday that this shutdown “will look very different than it did under the previous Administration” and “we are not going to weaponize it.” The White House is being true to its word as it scrambles to minimize the inconvenience to the public and government workers to the extent it can under the law.

This includes letting agencies use money that has been appropriated but unspent to be used for urgent purposes. Most of the Environmental Protection Agency will stay open, trade negotiations will continue, and about half of all mine inspectors will stay on the job compared to only 25% or so in 2013.

We applaud the Administration. In fact, Ryan Zinke, Secretary of the U.S. Department of the Interior, not only refused to erect barriers but instead personally helped keep the National Mall clean, coordinating with his staff leading up to the shutdown and picking up trash. He also personally welcomed tours of school children and honored our veterans as they visited the World War II memorial.

While I am proud of the work we did during the 2013 shutdown, I am even more proud that this time our veterans were permitted to see their memorials, school children could honor their service, and our government learned its lesson: public lands belong to the public.