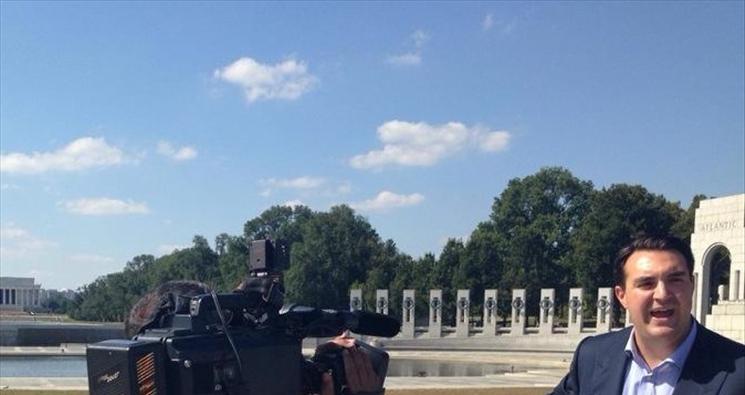 For two straight days, World War II veterans have defied the Obama Administration’s attempts to keep them from seeing the National WWII Memorial – their memorial.

I and a team from the ACLJ went down to the war memorial to see if other veterans and citizens would be once again allowed in the open-air memorial that is always open 24 hours a day.

What we found was disturbing. 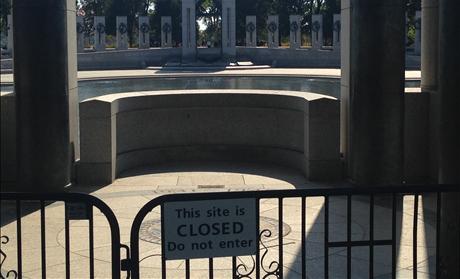 After the veterans left, park rangers and federal workers re-erected the barricades, not only preventing the public but all war veterans from seeing the memorial.  Even worse they began bringing in metal ties to secure the barricades and even sandbags to make it harder for any other WWII veterans to get past the metal fences to view the memorial.

WWII veterans have seen more than their fair share of metal wire, sandbags, and barricades.  They honorably tore down those walls and protected all of our freedoms.

Despicably, the Obama Administration has ordered this memorial shut down and these veterans be blocked.

See, when we arrived, after the veterans had left today, there were no park rangers guarding the gates.  The gates were back up but the park rangers were gone.  Understand what this means: The White House ordered the park rangers to stand guard at the precise time they knew WWII veterans were coming in by the bus load.

A park ranger told media this morning that they had been given a specific exception from the government shutdown and been ordered by OMB – a White House agency – to guard the memorial.

Remember, this memorial is supposed to be always open, but is not always staffed, as you can see from this image of the WWII memorial’s website before it was taken down.

Yet, this and other popular memorials are now closed, while other open-air memorials, run by the same National Park Service, remain open to the public.

President Obama has selectively chosen to block WWII veterans from THEIR memorial as political stunt, to make a statement, to cause pain to the American public in a highly visible way.

It’s wrong.  It’s utterly despicable.  And we are exposing it.

Ironically, when I attempted to ask a park ranger about it as he supervised the team of federal employees placing sandbags and wire ties on the barricades, he refused to comment, telling us to call his office.  I asked him point blank, is your office open for me to call, which he then admitted it was not.

President Obama has specifically exempted these workers to erect barricades and keep the American people out – to keep war heroes from their memorial.  He is spending our tax dollars to keep them out while telling the public there is no money to keep an open-air, unstaffed memorial operational.

We are prepared to take legal action to ensure that all our veterans and the American public have access to our national war memorials.  This afternoon we sent out a letter demanding that President Obama apologize, reopen the memorial, and stop the atrocious political antics.

Join our effort.  Demand WWII heroes be allowed to visit their memorial.  Sign the petition today.