To Quote Yogi Berra, “It’s Like Déjà-vu, All Over Again” with Respect to Bibles and POW/MIA Displays | American Center for Law and Justice
Search  |  Logout  |  Login  |  Register 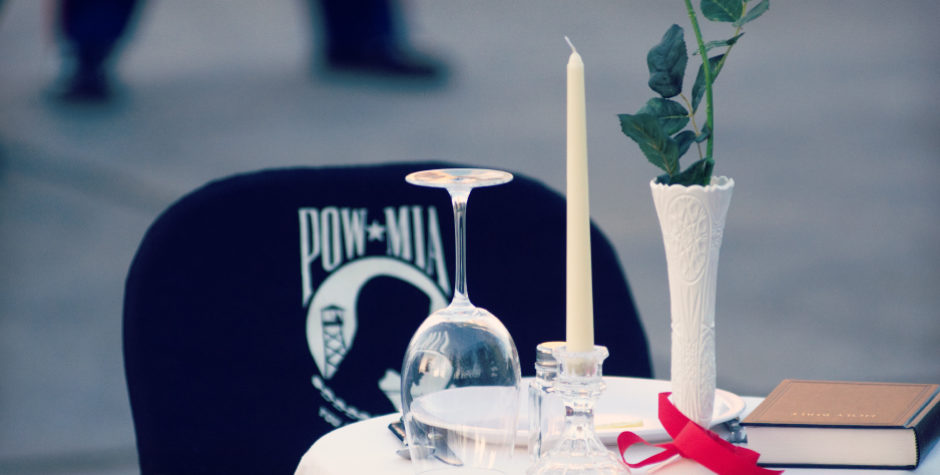 To Quote Yogi Berra, “It’s Like Déjà-vu, All Over Again” with Respect to Bibles and POW/MIA Displays

Déjà-vu with Respect to Bibles and POW/MIA Displays

I am convinced that Yogi Berra is one of America’s better philosophers. Who else could say it better than Yogi vis-à-vis the continuing attempts by the religiously hostile in our country to remove a passive Bible from POW/MIA memorial displays throughout the military and at Veterans Administration (VA) facilities? It truly is déjà-vu, all over again!

Once again, the mere presence of a passive Bible on a POW/MIA display has incited a group of onlookers at such a display in an Omaha VA clinic to claim that the VA has violated the venerable Establishment Clause of the First Amendment to the U.S. Constitution. The specifics of their claim? That the mere presence of a passive Bible “elevates the Christian faith to an unfair and unconstitutional position of supremacy, triumphalism, dominance and exclusivity over ALL other faith and no-faith traditions” (capitalization in the original) and, hence, must be removed “right away.”

If you have been following the ACLJ for any length of time, you know that this is not an isolated battle. It’s happening all over the country. So, let’s begin by reviewing what POW/MIA displays generally consist of and what each item symbolizes to determine whether the mere presence of a Bible in such a display is the egregious constitutional violation it is claimed to be.

POW/MIA displays generally include the following: A round table with a white cloth, a red rose, a vase, a slice of lemon, a pinch of salt, a Bible, an inverted glass, and an empty chair. The white cloth symbolizes “the purity of the[] motives” of those “answering the call to serve.” The rose is a reminder of the lives of the missing Americans, “and their loved ones and friends who keep the faith while seeking answers.” The lemon slice is a reminder of “their bitter fate, captured and missing in a foreign land.” The “pinch of salt symbolizes the tears of our missing and their families.” The Bible represents “the strength gained through faith to sustain those lost from our country, founded as one nation under God.” The inverted glass represents the missing person’s “inability to share a toast,” and the empty chair reminds us “they are missing.” Note that the only item with any religious significance at all is the Bible.

Yet, as we noted in our letter to the Omaha VA Public Affairs Office in this matter:

The Supreme Court has affirmed that the government itself is permitted to display religious symbols on public property under certain conditions without violating the Establishment Clause. In Lynch v. Donnelly, the Court upheld the constitutionality of a Christmas holiday display that included a government erected crèche because it was a part of a larger holiday display in which there were a number of secular symbols. Courts generally hold that so long as the religious elements of a display are part of a larger display such that the primary effect of the entire display is secular, the display is constitutional. In Salazar v. Buono, the Court noted the importance of context and purpose of public displays and reiterated that the “goal of avoiding governmental endorsement does not require eradication of all religious symbols in the public realm.”

In the POW/MIA Display at issue here, the Bible is the only religious object among a significant number of secular objects. This should be an even easier case to decide than the case of the crèche in a Christmas holiday display for the following reason. The crèche was included in the display in Lynch to convey a distinctly Christian message, to recognize and celebrate the birth of Jesus Christ, whereas the Bible in the POW/MIA Display was not placed there to convey a uniquely Christian message at all. Rather, it was displayed to symbolize “the strength gained through faith to sustain those lost from our country, founded as one nation under God.” The Supreme Court found constitutional the placement of a religious object with an intentional Christian message on public property as long as it was part of a larger display of secular items. How much easier to conclude that a religious object on public property surrounded by secular items is constitutional when there is no intentional Christian message as in the POW/MIA Display in Omaha.

. . . . Further, as Justice O’Connor noted in Board of Education v. Mergens, “[t]he Establishment Clause does not license government to treat religion . . . as subversive of American ideals and therefore subject to unique disabilities.” To single out the only religious item in the display for criticism, as Mr. Weinstein has, is to favor the secular over the non-secular as well as to subject religious expression to unique disabilities, thereby violating the very Establishment Clause he claims to be upholding.

Unfortunately, there are people in this country who see Establishment Clause violations (they usually call them violations of the separation of church and state) wherever they look—whether they hear a solemnizing prayer delivered each day by a government-paid chaplain before each House of Congress or observe a Christmas display with a crèche on a statehouse lawn or see a Ten Commandments monument on a courthouse lawn or notice a war memorial in the shape of a cross or read the motto “In God we trust” on U.S. currency or hear the phrase “one Nation under God” in the pledge of allegiance or, as in this matter, see a passive Bible in a POW/MIA display.
Whatever type of religious symbol they encounter in the public sphere, they cry “constitutional violation.” Their goal is the complete removal of all religious symbols from the public square. Yet, that is not the constitutional standard in this country, and the ACLJ remains vigilant to resist such nonsense whenever and wherever it arises.

If you are a Christian who happens to believe in the Constitution and the rule of law, you will, sooner or later, encounter people who are firmly committed to erase every vestige of our religious heritage from the public square. Such people advocate a wholly secular society and would prefer that religion to be confined to our homes and to church buildings.

Stand with us as we continue to expose those in our country who use their misguided understanding of the Constitution in an attempt to shut down religious expression in the public realm.