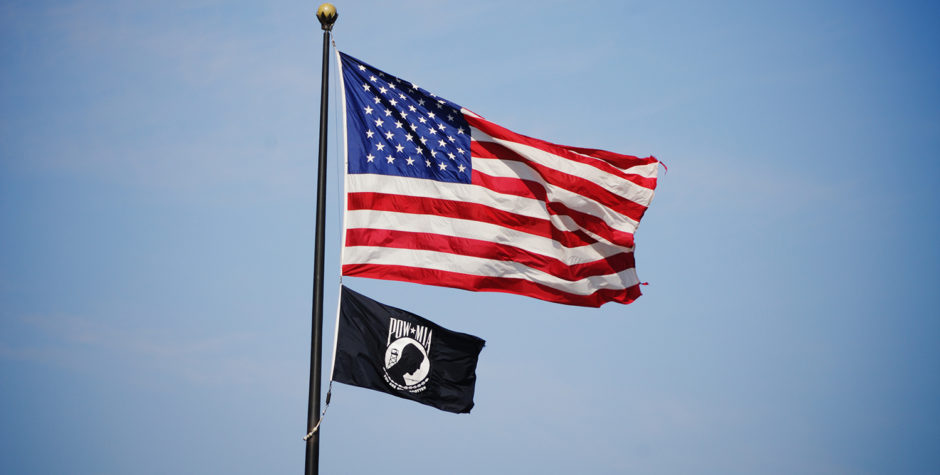 MRFF Continues Attack on Our Military and the Bible

Recently, we shared that Attorney Donald G. Rehkopf and the inappropriately named Military Religious Freedom Foundation (MRFF) sent a formal complaint to Rear Admiral Paul D. Pearigen, MC, USN, because a Bible and a bi-lingual placard were part of the POW/MIA Display at the Marine Corps Base Camp Butler in Okinawa, Japan.

In response to MRFF’s initial complaint, as you know, we quickly sent a letter to Admiral Pearigen explaining why the passive presence of a Bible as part of a larger display with numerous non-religious items is clearly constitutionally permissible.

As you may recall, soon after Admiral Pearigen received our letter, he responded directly to Mr. Rehkopf and informed him that “the Bible and description of the POW/MIA remembrance table are consistent with DOD and DON guidance and with the Constitution.”

That should have put the issue to rest. But then this happened. Mr. Rehkopf and the MRFF were not at all pleased with the Admiral’s response.

They were so displeased, in fact, that Mr. Rehkopf sent a second letter to Admiral Pearigen demanding the following:

[I]f after consulting with your Staff Judge Advocate, you deem the Bible and placard appropriate for a Missing Man Table (regardless of the fact that its creators never intended it to be there), MRFF demands that you order the display to be removed to the MCB Camp Butler Chapel. If not, they should be removed.

He even went so far as to instruct the Admiral to add religious texts of other religious groups, including religious texts from Islam, Hinduism, Buddhism, Shintoism, and Satanism, among others.

Though the MRFF is free to hold and argue its positions, as legally flawed as they may be, its relentless attacks on our military are troubling on so many levels. That is why we sent a second letter to Admiral Pearigen.

In our most recent letter, which we also sent to Richard V. Spencer, Secretary of the Navy, Admiral John M. Richardson, Chief of Naval Operations, and Vice Admiral James W. Crawford III, Navy Judge Advocate General, we first discussed our nation’s rich religious history and highlighted numerous examples of this.

We then explained that even government-sponsored displays with religious content are not unconstitutional so long as the religious elements of the display are part of a larger expression—which exactly describes the POW/MIA display in question. We wrote:

In County of Allegheny v. ACLU, the Supreme Court clarified the law regarding holiday displays with religious content, holding that the context of the display is key. In Allegheny, the Court examined two holiday displays on government property: 1) a crèche bearing a banner that proclaimed “Glory to God in the highest,” standing alone on the Grand Staircase of the county courthouse; and 2) a menorah displayed as part of a larger winter holiday exhibit in front of the City-County building, which included a Christmas tree and a sign saluting liberty.

The Court held that the crèche display violated the Establishment Clause, but that the menorah and Christmas tree display did not. In applying Justice O’Connor’s endorsement test, the Court focused on content and context, examining the physical setting of the displays. “The government’s use of religious symbolism is unconstitutional if it has the effect of endorsing religious beliefs, and the effect of the government’s use of religious symbolism depends upon its context.” The appropriate standard for judging the context of the display was what a reasonable observer would think.

Applying this standard to the crèche, the Court determined that it sends an unmistakable religious message.  “The crèche stands alone” such that “nothing in the context of the display detracts from the crèche’s religious message.” The crèche’s location on the Grand Staircase, the main and most beautiful part of the building, was also problematic since “[n]o viewer could reasonably think that it occupies this location without the support and approval of the government.”

We, however, pointed out that:

The instant matter is easily distinguishable from the crèche issue in County of Allegheny since the Bible in no way comes across as the primary symbol in the POW/MIA display, as evidenced by the fact that it is but one of a number of passive, non-religious items. The context minimized the impact of the Bible to the display as a whole.

As you can tell, the purpose of our second letter was not only to respond to Mr. Rehkopf’s latest demands, but it was also to provide a much broader overview of these types of issues such that those in leadership would be better equipped to handle such matters in the future.

In our conclusion, we suggested once again that a higher echelon of the Navy deal with the MRFF and its attorneys from now on since that would free Admiral Pearigen and others from having to respond again and again to the MRFF’s personal attacks.

Our second letter to Admiral Pearigen is another example of why your support to the ACLJ matters. At the ACLJ, we don’t just talk about protecting the First Amendment rights of our soldiers, we take action. And we’re not done. We are currently finishing yet another letter dealing with these and other military-related issues.

We stand together in support of our troops and their First Amendment rights.