Religious liberty is a constitutional principle that is at the heart of who we are as American people.  Nowhere is it more important than in the Armed Forces of the United States.  The free exercise of religion is critical for those in uniform.  Today’s military is an all-volunteer force made up of men and women who frequently serve in isolated places and deploy to various regions of the world where they are far from the support of their churches, synagogues, mosques, and so forth.  This reality is part of the reason the courts have upheld chaplains in the military and the unique role of the chaplain who is the commander’s staff officer to ensure the free exercise of religion.

Examples of this are replete on a regular basis from canceling a speaker for the Marines who, while not talking about religion, was silenced only because he was a Christian, to coercing the Department of Defense to prohibit Scripture references being placed on military identification tags (dog tags) beside their Service emblem.

Recently one of these groups filed complaints about chaplains fulfilling their duties:  Sending encouraging emails to service members on government computers, ordering religious books for soldiers, and conducting religious services during COVID-19 outdoors in military housing.  It is a disingenuous and dangerous game played by opponents of religion in the armed services and those who also attack religion in general.

President Trump addressed this issue in May of 2017 by issuing Executive Order 13798, promoting free speech and religious liberty, noting that “[t]he Founders envisioned a Nation in which religious voices and views were integral to a vibrant public square, and in which religious people and institutions were free to practice their faith without fear of discrimination or retaliation by the Federal Government.”  Members of the U.S. military do not give up this right by joining the Army, Air Force, Navy, Marines, or Coast Guard.

The constant efforts by so-called “civil liberties” and “religious freedom” groups to suppress the free exercise of religion in the military and the confusion sown by these organizations as they twist the plain meaning of the Constitution, led to the Department of Defense (DOD) issuing Instruction 1300.17 on September 1, 2020.  This guidance makes clear DOD policy about the Free Exercise Clause of the First Amendment.

The First Amendment has three provisions that pertain to religion:  the Establishment Clause, the Free Exercise Clause, and the Free Speech Clause.

Today, what constitutes an establishment of religion is frequently governed by the three-part test articulated by the U.S. Supreme Court in Lemon v. Kurtzman, 403 U.S. 602 (1971).  The “Lemon” test states that the government can assist religion only if (1) the primary purpose of the assistance is secular, (2) the assistance must neither promote or inhibit religion, and (3) there is no excessive entanglement between church and state.

The Free Exercise Clause guarantees citizens’ rights to practice their religion freely, so long as their practices do not run afoul of “public morals” or a “compelling” government interest.  This includes the religious rights of those in uniform.

These matters were also addressed in the Religious Freedom Restoration Act of 1993. This legislation:

[p]rohibits any agency, department, or official of the United States or any State (the government) from substantially burdening a person’s exercise of religion even if the burden results from a rule of general applicability, except that the government may burden a person’s exercise of religion only if it demonstrates that application of the burden to the person: (1) furthers a compelling government interest; and (2) is the least restrictive means of furthering that compelling government interest.

The new directive from the Pentagon declares that “Service members have the right to observe the tenets of their religion or to observe no religion at all.”  It also forbids service members from requiring chaplains to “perform any rite, ritual, or ceremony that is contrary to the conscience, moral principles, or religious beliefs of the chaplain.”  In other words, chaplains enjoy the free exercise of religion, too.  Military doctrine does require chaplains to provide for religious rites, and so forth by finding another religious professional to accommodate the service member if they personally cannot do so due to their conscience or religious beliefs.

The new directive from the DOD also requires key leaders to receive training on the free exercise of religion and service members’ rights.  The list of leaders includes commanders, judge advocates (military lawyers), chaplains, recruiters, and any other personnel deemed appropriate by the specific military unit.

This new policy directive is long overdue.  The opponents of religious freedom have long used the U.S. military as a punching bag and a target. As stated earlier, these groups seek to treat the Clauses guaranteeing freedom of religion as actually demanding freedom from religion, thereby preferring those hostile to religion over those who are religious. The lawsuits and threatening letters from such groups have negatively impacted the morale and welfare of our troops and have attempted to bully military commanders.  While the new DOD explanation of policy will not stop the harassment and attacks by anti-religion organizations, it will bring clarity and support to military leaders as they work to ensure the personal freedoms of military personnel and provide well-trained and highly equipped soldiers, sailors, airmen, and Marines who protect our people and our interests around the world.

The ACLJ is on the frontlines supporting our people in uniform and ensuring their religious freedom and the ability to practice their faith.  You can add your voice to these efforts by signing the petition below.  Thank you for supporting our troops as you support the work of the American Center for Law and Justice. 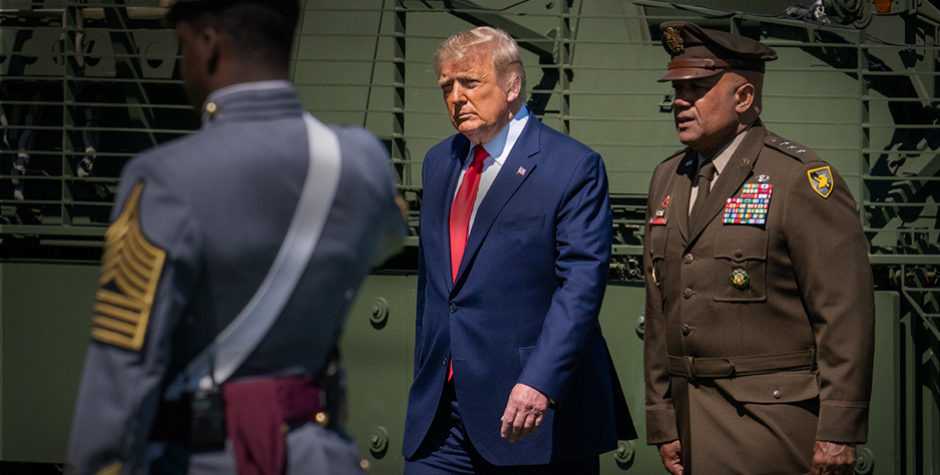 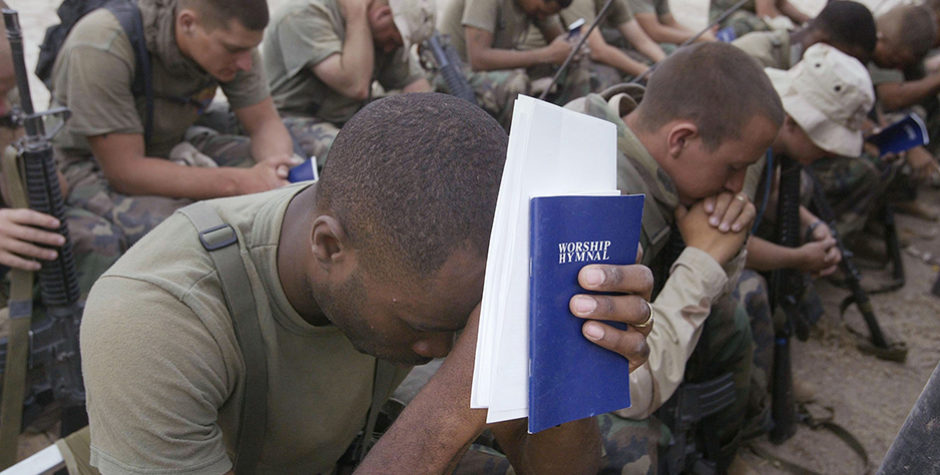 There are several litigious organizations whose declared purpose is to eliminate any expression of religion from the cultural landscape of America. Their attack on religion is relentless; they grasp every opportunity to silence free speech if that speech does not align with their agendas. However,