Once again, the ACLJ is taking action to defend the faith of countless soldiers as an extreme, anti-Christian organization that constantly attacks faith in our military wants to bar them from displaying their faith on their dog tags alongside their respective Service insignias.

Countless men and women in uniform lean on their Christian faith as they lay their lives on the line to defend our freedoms.

Some have chosen to wear dog tags that display Bible verses on them. As reports indicate:

For more than 20 years, Texas-based Shields of Strength has provided service members with memento dog-tags featuring inspirational messages based on verses of scripture such as Joshua 1:9 (“Be strong and courageous. Do not be afraid, do not be discouraged for the LORD your God will be with you wherever you go.”) and Psalm 27:3 (“Though my enemies attack me, I will not fear; though battles rage around me, I will still trust in God.”)

Over the years since then, hundreds of thousands of the items have been donated to military units and individual personnel.

The special tags have been provided to the troops through a partnership between a faith-based company called Shields of Strength and a 27-year U.S. veteran, Ret. Col. David Dodd and his ministry. Together they have provided “more than 300,000 Shields of Strength to members of the military and law enforcement officers and families of fallen soldiers and fallen law enforcement officers.”

The special shields have been cherished by countless members of our military and their families - especially those who have lost a loved one. The dog tags include a Bible verse along with the insignia of the Service in which the military member serves.

But apparently that means nothing to one extreme, anti-Christian group, which has called on the military to ban soldiers from displaying Bible verses on their dog tags alongside military insignias, despite how much they mean to our soldiers and their families.

According to reports, the anti-Christian antagonists even referred to the Bible verses as “poison[ing]” so-called separation of Church and State:

For the past 20 years, military members have been able to wear dog tags with Bible verses on them, giving them light and hope in some of their darkest times. For some Gold Star families, this is one of their most cherished possessions to remember their loved one who gave the ultimate sacrifice. But all this could be coming to an end.

After Fox News reported in July on "Shields of Strength," the faith-based business that prints Bible verses on dog tags for military members and their family, complaints were raised to the Department of Defense by [the] founder, and president of [an anti-Christian group]. He demanded the military branches stop allowing the group to use the military emblem, saying it "poisons the constitutionally-mandated separation of Church and State . . . ."

Unfortunately, the military caved under the pressure. According to reports, the Army has ordered Shields of Strength to "remove ALL biblical references” from the products it offers to soldiers.

The U.S. Army’s trademark licensing program then notified Shields of Strength (SoS) owner Kenny Vaughan in an August email, “You are not authorized to put biblical verses on your Army products. For example Joshua 1:9. Please remove ALL biblical references from all of your Army products.”

This is a slap in the face to our courageous troops who depend on their faith to get through some of the most dangerous and stressful circumstances of their lives. These verses can provide them emotional strength and purpose. Even Colonel Dodd took comfort in the special dog tags during his own service in Afghanistan, which is why he’s made it his mission to provide them for other soldiers.

When he was deployed he [Dodd] said knowing his kids had them was comforting to know they had a source to lean on when they were worried about him, and he and the soldiers in his command. One of the first battalions sent to Afghanistan following 9/11 had them.

During his military service, Dodd distributed more than 10,000 Shields of Strength to members of the military, national and international leaders. Dodd was also encouraged by the scripture on his dog tags as he set up and orchestrated all the communications between all branches of the military and the soldiers stranded on a mountain top in Afghanistan as the military worked to rescue the soldiers from the Taliban during the Battle of Takur Ghar, deemed by the military as one of Operation Anaconda’s deadliest engagements.

Beyond the personal insult, this is a violation of our troops’ constitutionally protected religious freedom.

But this is not the first time we’ve had to face off with these same antagonists, as they have repeatedly tried to ban faith from having any place in the military.  When the same anti-Christian group sent a formal complaint to the military erroneously calling the presence of a Bible in a POW/MIA Display at a Marine base in Okinawa, Japan an unconstitutional endorsement of Christianity, we sent our own letter defending the display.

As we victoriously reported at the time:

Thankfully soon after Admiral Pearigen received our letter, he responded directly to [the attorney representing the organization] and informed him that “the Bible and description of the POW/MIA remembrance table are consistent with DOD and DON guidance and with the Constitution.” Accordingly, he declined to remove the Bible from the display.

That’s why the ACLJ is fighting back to defend the rights of our brave men and women in uniform. Our legal team is preparing legal letters to send to the U.S. military urging the current leadership to rescind this unlawful order and allow our brave soldiers to display their faith.

The bottom line is this: The Bible doesn't violate the Constitution, but banning Bible verses does. While wrongly arguing that this somehow forces Christianity on others, what the anti-Christian antagonists are doing is trying to force their belief on soldiers. Ironically, among the verses complained about were Old Testament verses sacred not only to Christians but to Jews as well.

No one has the right to tell our courageous soldiers they can’t carry a reminder of their personal faith with them as they protect our freedoms. Our military heroes need our voice.

We will continue to keep you updated as we fight for their faith. 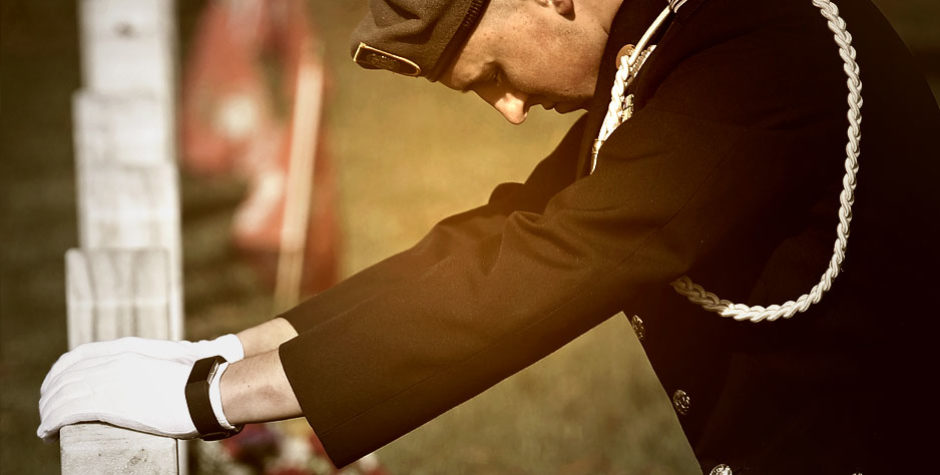 Memorial Day: Why We Remember Those Who Died for Our Nation 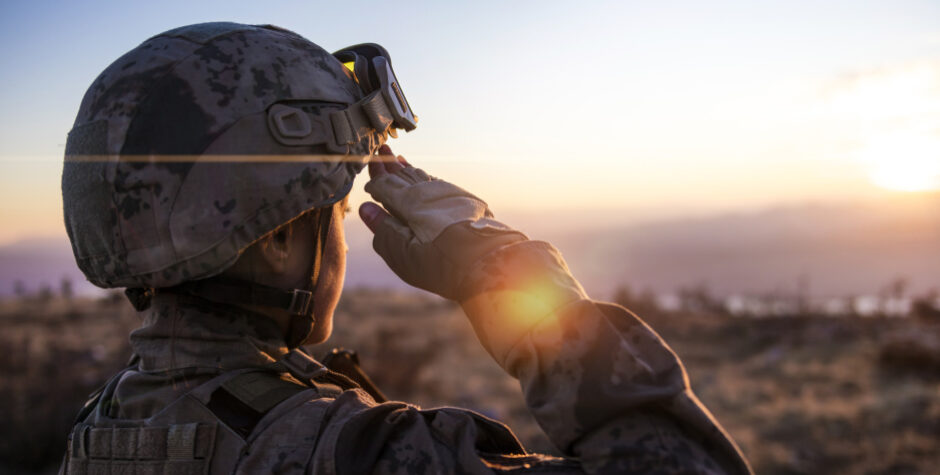