Victory: ACLJ Responds to Yet Another Unfounded MRFF Attack on our Military and the Bible | American Center for Law and Justice
Search  |  Logout  |  Login  |  Register 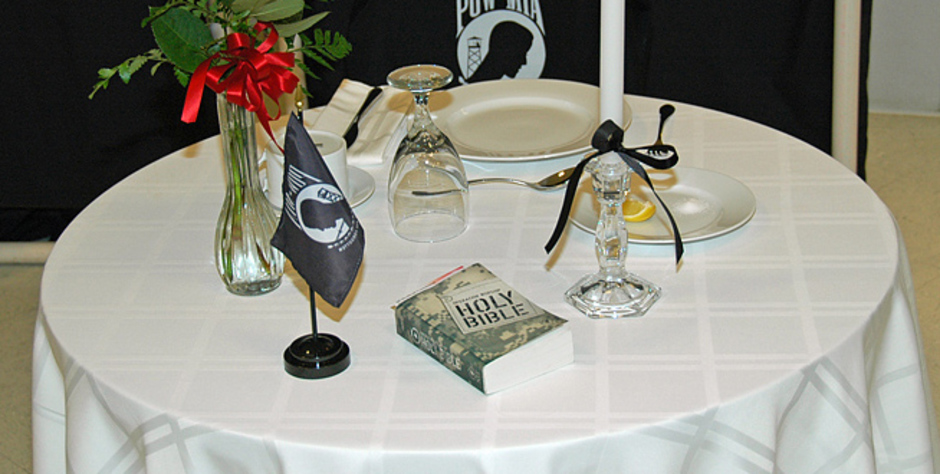 Victory: ACLJ Responds to Yet Another Unfounded MRFF Attack on our Military and the Bible

Victory Against MRFF Attack on Military and Bible

The Military Religious Freedom Foundation (MRFF) is at it yet again. Recently, Attorney Donald G. Rehkopf and the MRFF sent a formal complaint to Rear Admiral Paul D. Pearigen, MC, USN, because a Bible and a bi-lingual placard were part of the POW/MIA Display at the Marine Corps Base Camp Butler in Okinawa, Japan.

MRFF has a long and well-documented history of spurious attacks on our military and insult-laden diatribes, masquerading as legal analysis, against the faith of the men and women who serve.

Before Mr. Rehkopf’s legally flawed arguments are addressed, it is worth noting the significance of each aspect of such displays. In our letter to Admiral Pearigen (which we also sent to Admiral John M. Richardson, Chief of Naval Operations, and Vice Admiral James W. Crawford III, the Navy’s Judge Advocate General), we pointed out that POW/MIA Displays generally consist of the following:

A round table with a white cloth, a red rose, a vase, a slice of lemon, a pinch of salt, a Bible, an inverted glass, and an empty chair. The white cloth symbolizes “the purity of the[] motives” of those “answering the call to serve.” The rose is a reminder of the lives of the missing Americans “and their loved ones and friends who keep the faith while seeking answers.” The lemon slice is a reminder of “their bitter fate, captured and missing in a foreign land.” The “pinch of salt symbolizes the tears of our missing and their families.” The Bible represents “the strength gained through faith to sustain those lost from our country, founded as one nation under God.” The inverted glass represents the missing person’s “inability to share a toast,” and the empty chair reminds us “they are missing.”

Imagine that. Our military chose to display a memorial which honors prisoners of war and those who are missing in action. How dare our military do this (*please note the sarcasm)!!

Mr. Rehkopf (and the MRFF), however, considered the display (and in particular, the inclusion of the Bible and placard), to constitute a constitutional crisis of epic proportions. Mr. Rehkopf, in fact, argued that “by including a Bible as part of the POW/MIA display in the public Galley, . . . this [wa]s an official, command-endorsed display [and] that the command is endorsing Christianity. . . .” This is blatantly absurd.

Mr. Rehkopf further took issue with the bi-lingual placard on the table which states (about the Bible), in English and Japanese, the following: “The Bible represents the strength gained through faith to sustain those lost from our country, founded one nation under God.” Mr. Rehkopf conveniently forgets to mention that the placard also explained the symbolism of each of the other, non-religious, items as well. Hence, the Bible was not singled out for special benefit—it was merely one of a number of symbolic items in the display.

Mr. Rehkopf argued that “there was absolutely no religious component to our Founding” (a highly questionable assertion), and even attempted to equate the text of the placard with Article VI, Clause 3, of the Constitution, which states, in part, the following: “[B]ut no religious Test shall ever be required as a Qualification to any Office or public Trust under the United States.” This assertion was especially dubious in light of the fact that the presence of a passive Bible in a display with numerous secular items was not a “test” at all, much less a test that would impact “any Office or public Trust under the United States.”

We knew we needed to respond to these erroneous claims and we did just that. In our letter to Admiral Pearigen, we explained the following:

Strict church-state separation has never been required in the United States and is not required now. Mr. Rehkopf fails to understand this, and, as such, incorrectly interprets the passive presence of a Bible as part of a larger display with numerous non-religious items as violative of the First Amendment.

Note that the Bible in the POW/MIA display is there to represent “the strength gained through faith to sustain those lost from our country, founded as one nation under God.” It is not there to propagate the specific teachings it contains. It is there to symbolize faith, in general, not the Christian faith, in particular. No one is compelled—or even encouraged—to read what the book says. No one is compelled—or encouraged—to believe what the book teaches. No one is compelled—or encouraged—to change one’s belief in any way. The mere presence of the Bible neither actively promotes a particular religious belief nor denigrates any other religion, religious belief or non-belief. It is no more a Constitutional violation than is the presence of our national motto, “In God we trust,” on the currency we use to pay each Sailor and Marine on payday. The bi-lingual placard, similarly, does not create a Constitutional problem (nor does it in any way suggest that a religious test is required for office). To attempt to make this type of connection is simply specious.

We further pointed out that:

Mr. Rehkopf is mistaken to claim that a Bible (and placard), even the Christian Bible containing both the Old and New Testaments, violates the Constitution merely by being present as one of a number of symbolic items in a POW/MIA display. Instead, the presence of the Bible and the accompanying placard, easily fall into the category of “tolerable acknowledgment” of widely held beliefs. Moreover, the placard did not merely mention what the Bible symbolizes, it explained the symbolism of the non-religious objects as well.

The reality is that Mr. Rehkopf and the MRFF do not want to acknowledge the fact that the United States is a nation with a robust, yet diverse, religious heritage and that this heritage is reflected throughout our society—including within the armed forces of the United States.

Thankfully, soon after Admiral Pearigen received our letter, he responded directly to Mr. Rehkopf and informed him that “the Bible and description of the POW/MIA remembrance table are consistent with DOD and DON guidance and with the Constitution.” Accordingly, he declined to remove the Bible from the display. This is a big victory recognizing the importance of honoring the faith of our soldiers.

In light of the above, we have decided to draft another letter (currently being finalized), which we intend to send to the Secretary of Defense; the Secretary of Homeland Security; the Secretaries of the Army, Navy, and Air Force; the senior military officer in each armed service; and the senior military lawyer in each armed service, alerting them of the tactics of the MRFF and offering our assistance in drafting guidelines to address these and other related issues.

At the ACLJ, we will continue to respond directly to such MRFF attacks on religious freedom in the military on behalf of the men and women who place their lives on the line for us each day.