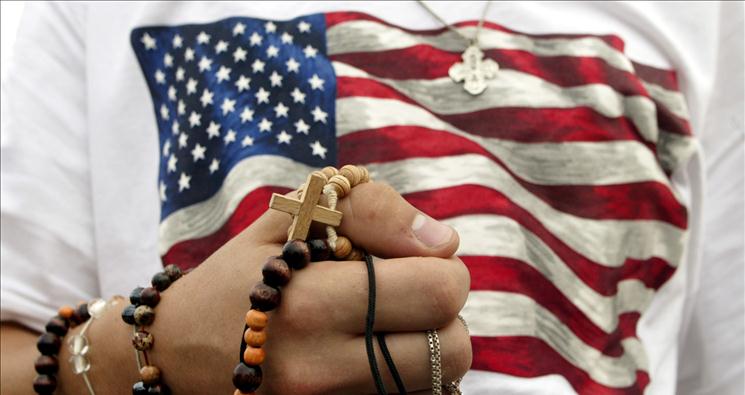 It may be hard to believe that in 2011, in the United States of America – the land of liberty – and after countless court cases, students could be suspended for wearing religious symbols at public middle and high schools. Yet, this is exactly what two of our clients faced this year.

Jonae, an eighth grader in a Texas middle school, wore a rosary to school each day as a public display of her Christian faith and in honor of her Catholic grandmother. One day, school officials ordered Jonae to remove the rosary or face suspension. When she declined, she was promptly suspended for that day and the next. When her mother inquired of school officials as to the reason, she was told that the school considered the Christian icon a gang symbol, and that it was banned by school policy. Our attorneys sent the school superintendant a letter explaining that the school’s actions violated Jonae’s First Amendment free speech rights. The school responded Jonae was free to wear the rosary and that it had cleared her record of the suspension.

Maurace, a tenth grader in California, faced a similar situation this past April. He too wore the rosary as an expression of his faith. School administrators told him that he would no longer be allowed to wear this symbol at school because they considered it to be a gang symbol. The ACLJ immediately sent school officials a demand letter, informing them that Maurace was not a gang member and that they were violating his constitutional rights to express his faith. Just as in Texas, the school responded that he was free to wear his rosary without fear of punishment.

It is critical that we defend those willing to stand for their faith. Hopefully, because of Jonae and Maurace’s courage, other students will be able to freely display their faith at school.

To help the ACLJ continue to have the resources we need to make these victories possible and continue these fights, please consider making a donation to the ACLJ through our year-end Matching Challenge. Your gift will be matched dollar-for-dollar though the end of the year.