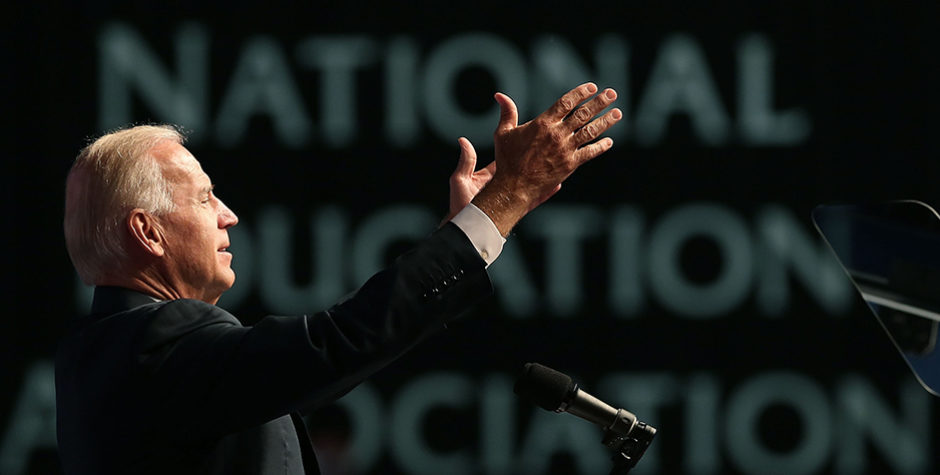 While public education continues its downward slide as the radical Left continues its assault on American values, including basic educational competence, Joe Biden has taken a page out of the Progressives’ dismal history of racial oppression. Craving the National Education Association’s (NEA) endorsement and demonstrating his unwillingness to grow a backbone, he has pledged his willingness to subordinate his principles and the lives of millions of school-age children in exchange for the support of the NEA.

The NEA has consistently put political power and its claimed focus on teachers far ahead of students. In theory, better teachers will lead to better education. This is the façade of the NEA. Hiding behind this supposed support for teachers, it has placed anything and everything above students’ interests. Make no mistake, the NEA is not a students’ union. And it is certainly not an education union. It is a liberal special interest, focusing only on expanding government and spending for public education regardless of results.

Consequently, the NEA’s growing influence over the education system has not led to improvements for students.

Although the Obama Administration increased federal funds for charter schools and the share of public school students who attended charter schools rose to 6% from 1% during the period from 2000 to 2017, and while the number of students attending private schools continues to plummet, non-charter public schools continue to fail the most vulnerable among us. Under the largely progressive educational leadership offered in many urban areas, America’s festering wound caused by underperforming schools continues despite significant funding increases for public education throughout the nation.

At the same time, while American public schools continue to languish and underperform, it is clear that school choice—vouchers and charter schools—tend to increase parental satisfaction and involvement, improve student safety, make public schools more accountable, and lead to higher graduation rates. The ACLJ has been at the forefront of expanding choice and advancing justice within America’s educational system.

Two weeks ago, the U.S. Supreme Court issued an important ruling supporting school choice for parents. Prior to its decision, the ACLJ filed a friend-of-the-court brief in the case urging the high Court to uphold the school choice program at issue without discriminating against religious education. In its 5-4 decision in Espinoza v. Montana Department of Revenue, the Court issued a declaration, which advanced school choice stating: “A State need not subsidize private education. But once a State decides to do so, it cannot disqualify some private schools solely because they are religious.”

The ACLJ has also strongly supported the independence and autonomy of private education as a necessary ingredient of any viable school choice program. We recently filed an amicus brief in support of two Catholic Schools; and just last week, the United States Supreme Court upheld the independence of private religious schools by shielding them from employment discrimination claims under the ministerial exception.

While Joe Biden’s approach to education puts teachers’ unions first and puts poor and minority students either second, third, or last, the ACLJ will continue to advance justice by advancing choice. No longer can Americans stand by and leave the existing educational regime—often dominated by left-wing union leaders—unchallenged. No longer can we allow craven politicians to purchase elections by consigning millions of children to deficient yet highly funded schools. Consistent with our belief that elementary fairness and simple justice demands improved performance for all of America’s school-age kids, the ACLJ will continue its support for school choice.

Join us. And learn more about our School Choice Initiative here. 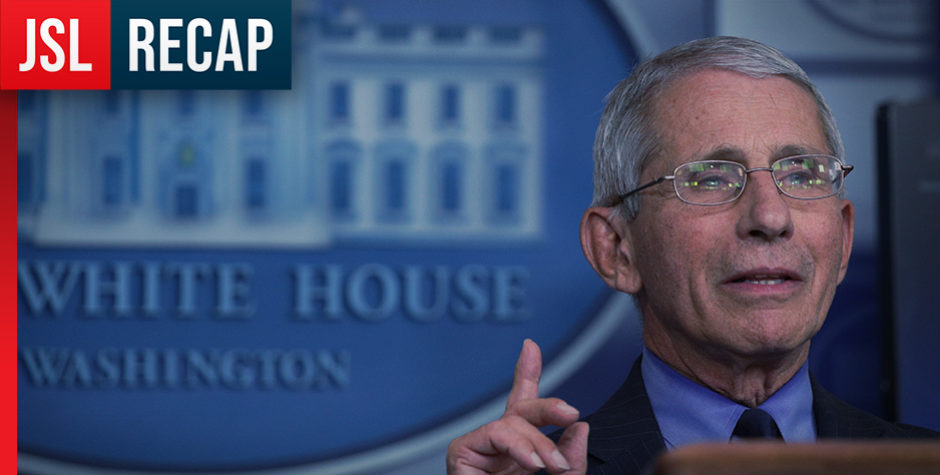 Dr. Fauci says open up schools for in person learning. On today’s Jay Sekulow Live , we discussed Dr. Fauci’s comments advocating for schools to resume in-person learning. We’ve got to get kids back to school. Also, Sean Hannity joined us for the second half of the broadcast. Dr. Fauci stated this... 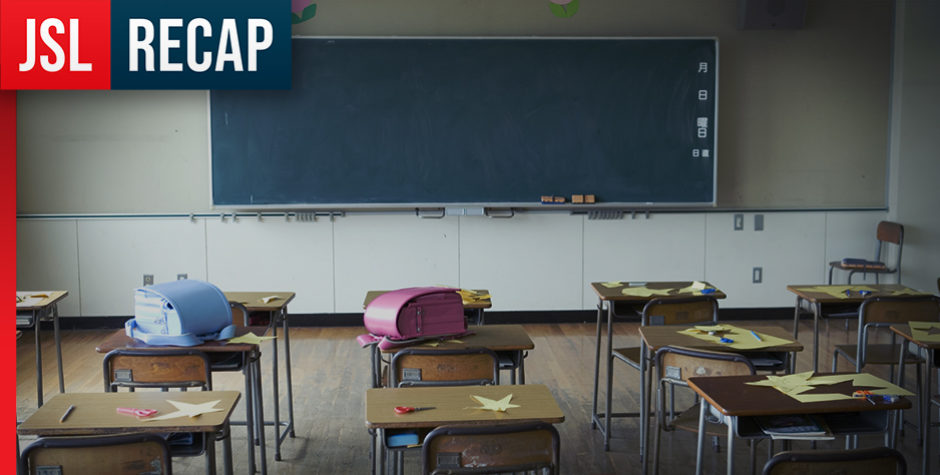 Breaking News: The ACLJ is preparing to take its first action on the education and school issues plaguing parents across the nation. You contacted us. We heard you. Now we’re taking action . On today’s Jay Sekulow Live, we discussed our first actions, on behalf of over 1,400 individual families...