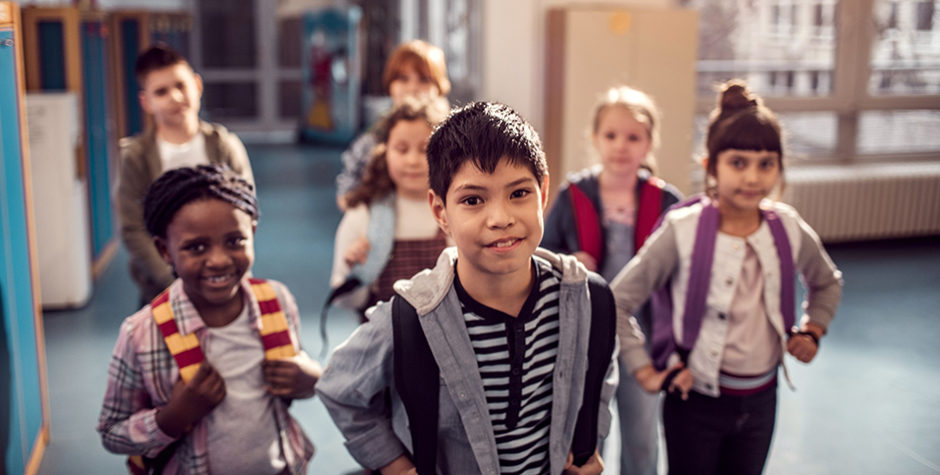 In the aftermath of several high-profile incidents involving the use of force by police officers and others, Americans are wrestling with questions regarding justice for all. Eradicating police brutality, while important, will not by itself resolve all problems of inequality of opportunity in America. Even despite this ongoing debate, vital questions surrounding justice for America’s public school pupils frequently go unanswered.

While all of us should be focused on answering queries regarding educational disadvantage—a contentious issue that has roiled citizens for decades—inescapable evidence shows that performance gaps between school districts and school children continue to grow. This performance gap is deeply divisive, consistent with the history of American education. One need not reconsider the Philadelphia “Bible Riots,” the textbook war in Kanawha County, WV, or the controversy surrounding the State of Ohio’s two-decades-old decision to institute the Cleveland Initiative, in order to grapple with the extent of the problems triggered by public education.

Still, some idea of the immensity of the challenges confronting the public education monopoly in the United States can be seen by reviewing the Cleveland Initiative.

This initiative, favoring low-income and minority families, led to the Supreme Court of the United States’ decision in Zelman v. Simmons-Harris, 536 U.S. 639 (2002), which poignantly describes the background and the urgent necessity of school choice initiatives in the United States. In that case, the Supreme Court held that school choice scholarships (96% of which were used for children to attend religious schools) were constitutional and could be used for religious schools as well as other private schools. As Chief Justice Rehnquist’s Zelman opinion observed, “for more than a generation, . . . Cleveland’s public schools have been among the worst performing schools in the Nation . . . [as they have] failed to meet any of the 18 state standards for minimally acceptable performance,” and as, “[m]ore than two-thirds of high school students either dropped or failed out before graduation.” Chief Justice Rehnquist’s opinion continues by noting that of those “who did graduate, few could read, write, or compute at levels comparable to their counterparts in other cities.” This tragic failure constitutes an unconscionable state of affairs.

The Supreme Court’s examination of the performance of public schools in Cleveland is simply the tip of the iceberg of public education’s failures.

From Massachusetts to California and from the state of Washington to Florida, unmistakable difficulties undermine the possibility of educational and economic progress, particularly where it is most needed. Although, the Florida House of Representatives recently passed legislation to expand vouchers in that state as part of the latest chapter in a two-decades-old debate about school choice in Florida. This bill, while a welcome step, is simply not enough. Similar and more expansive efforts are needed throughout the nation. Underperforming public schools should not be allowed to forever impair the progress of members of disadvantaged communities. Instead, parents should have the resources to make educational choices that they think are best for their children. All Americans have a stake in improving education in the United States.

But to be clear, the festering wound caused by underperforming schools endures despite significant funding increases for public education throughout the nation. Over the past fifty years, funding increases have culminated in the United States leading the world in per capita educational expenditures.

Still, widespread data verifying educational performance disparities doggedly surface. This evidence calls into question the entire progressive approach to problem-solving. After all, Great Society programs have now been in place for fifty-five years, but after trillions of dollars in aid—including federal aid to public schools—little has changed in the neighborhoods at the center of the disruptions that characterized most major urban areas.

While it is clear that school vouchers and school choice reduce the levels of educational disparity, school choice initiatives frequently flounder because of active and entrenched opposition by teachers unions, which are often wedded to progressive politicians who put their incessant pursuit of campaign contributions ahead of the health and well-being of the citizens they are pledged to serve.

For instance, after the Washington D.C. Opportunity Scholarship Program was initiated to help low-income students attend private schools of their choice, graduation rates went up by 21%. While the program was reauthorized under a Republican-led Congress in 2011, we should nonetheless remember that President Obama—caving to his progressive allies and their opposition to improving the education and well-being of low-income students—initially allowed this important program to die. In other cases, hostility toward school vouchers consists of religious bigotry reinforced by oppression born of indifference.

The American Center for Law and Justice (ACLJ) believes that school choice is an issue of searing importance for a rising tide of Americans.

Believing that the United States can no longer condemn millions of school children to underperforming and unsafe schools, the ACLJ is launching a new initiative to advance school choice and advance justice for all Americans.

While the ACLJ believes that expanding school choice is largely a function of state and local law, it is possible for the federal government to have a significant role that includes providing funding for pilot programs throughout the nation.

The ACLJ intends to expand its footprint in this arena by taking principled legal action where appropriate, issuing policy reports based on empirical data that will demolish the fuzzy data offered by vouchers' opponents, and contesting specious arguments against vouchers and school choice.

We can no longer leave the existing educational regime unchallenged. No longer can we stand by and allow underperforming schools to consign millions of children to deficient, and yet often highly funded, schools.

As part of our efforts, for instance, the ACLJ filed an amicus brief in a case currently pending at the Supreme Court, Espinoza, et al., v. Montana Department of Revenue, et al., contesting the failure of the state of Montana to distribute religion-neutral benefits (tax credits) to eligible private entities solely on the basis of their religious identity or activities.

The ACLJ will continue to support funding for school choice programs like the one that was discontinued and then revived in Washington, D.C. The ACLJ will also redouble its efforts to expose outdated and unsubstantiated claims suggesting that funding vouchers necessarily leaves public schools without sufficient funding. The reality is quite different because vouchers make public schools more accountable and more competitive, thus providing underperforming public schools with an incentive to improve.

The ACLJ is prepared to acknowledge that those who wish to scuttle vouchers and school choice offer two major arguments. First, they claim that vouchers and school choice will not solve the whole problem. We agree, but it is a necessary start. Second, vouchers’ opponents claim that public schools will simply get worse as children whose parents have greater gumption depart, leaving things worse for those left behind. There are many problems with this contention, and as a Washington Post opinion writer notes, “the main one is that the people who make it usually aren't willing to condemn their own children to attend terrible high schools in order to improve things for the other kids [who are attending such schools].”

We ask, if not now, then when?