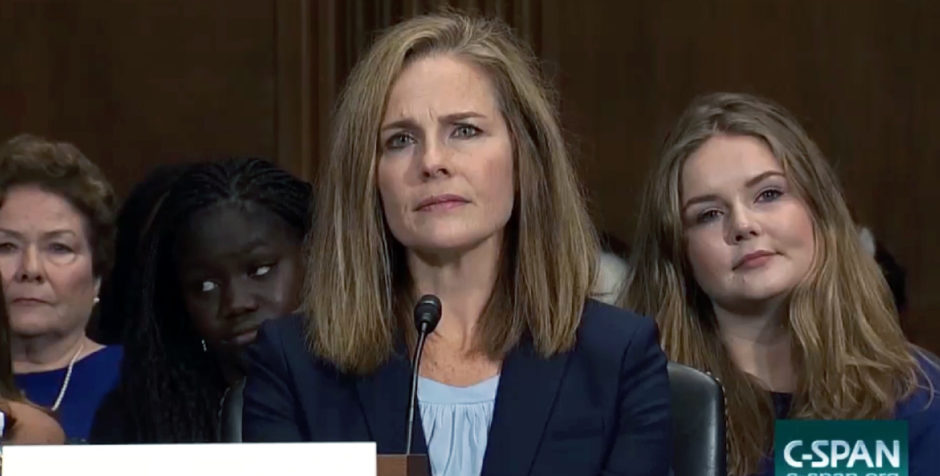 She is also a Christian, something the Left has used to disparage her and question her fitness to serve on the bench. This kind of anti-Christian bigotry has no place in the U.S. Senate. Thankfully her nomination is continuing to move forward.

Now she will face a confirmation vote before the full Senate. This is a key first step in not only confirming an eminently qualified judicial nominee but also pushing back against the brazenly anti-Christian rhetoric in the Senate.

As we reported last month:

Think about that for a minute. Two senior U.S. Senators attacked a Christian woman’s faith in an open hearing, mocking her beliefs and outright insinuating that she was unfit to serve on the bench because she dare be a Christian. . . .

By attacking Professor Barrett for her faith, Senators Feinstein and Durbin turned the Constitution on its head.  The Constitution is crystal clear: “no religious Test shall ever be required as a Qualification to any Office or public Trust under the United States.”

The left’s contempt towards Christians should not be tolerated.  Professor Barrett is extremely well qualified for the judgeship to which she was nominated. She has received bipartisan praise and is widely regarded as a brilliant legal mind from both sides of the ideological aisle.

Now, we strongly urge the Senate to act swiftly and schedule a floor vote to confirm this strong and highly qualified nominee to the federal bench. The confirmation of Professor Barrett would be a significant first step in pushing back against the anti-Christian bigotry that has plagued many levels of the Federal government for years.