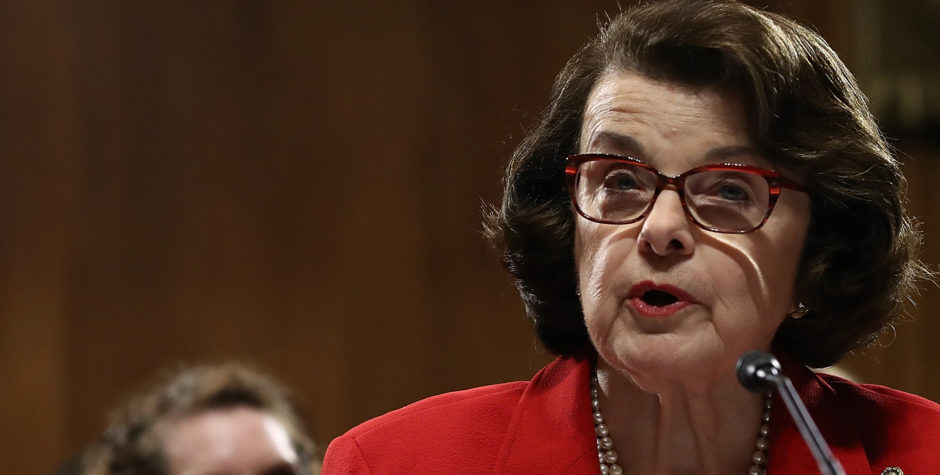 Two leftist Senators just attacked one of President Trump’s judicial nominees because she is a Christian. This is anti-Christian bigotry. The message of the Left is clear: Christians need not apply. This behavior was unacceptable in 1776, and it is unconstitutional today. Being a Christian should never disqualify anyone from public office. We demand an apology. We demand an end to this unconstitutional bigotry.

President Donald Trump nominated the highly qualified Notre Dame Law Professor Amy Coney Barrett for the U.S. Court of Appeals for the Seventh Circuit. Among her many accolades, Professor Barrett clerked for the late Justice Antonin Scalia on the U.S. Supreme Court. She also happens to be a devout, pro-life Roman Catholic.

Think about that for a minute. Two senior U.S. Senators attacked a Christian woman’s faith in an open hearing, mocking her beliefs and outright insinuating that she was unfit to serve on the bench because she dared to be a Christian.

So just what was so concerning and dogmatic to Senator Feinstein? Professor Barrett’s conclusion, in a twenty-year-old law review article, that Catholic judges who have a deeply held religious belief in the sanctity of all life, from birth to death, and who are concerned about the moral implications of imposing the death penalty should recuse themselves from death penalty cases at sentencing. A mainline Catholic belief. How scandalous.

Professor Barrett never said Catholic teaching should supplement the law or that her faith should have any bearing on the outcome of a case. In fact, she said the exact opposite: “It is never appropriate for a judge to apply their personal convictions, whether it derives from faith or personal conviction.” What Professor Barrett said was absolutely legally and constitutionally correct. That’s the ethical standard.

By attacking Professor Barrett for her faith, Senators Feinstein and Durbin turned the Constitution on its head.  The Constitution is crystal clear: “no religious Test shall ever be required as a Qualification to any Office or public Trust under the United States.”

Imagine if Professor Barrett was an Orthodox Jew, a Hindu, a Buddhist, or a Muslim. Imagine the utter outrage of the Left.  But because she is a Christian, it’s ok? Outrageous.

But unfortunately, this is not the first time the Left has put a Christian nominee for public office on trial for their faith. On June 7, 2017, Senator Bernie Sanders (D-VT) declared Russell Vought, President Trump’s nominee to become the Deputy Director of the White House Office of Management and Budget, unfit for office. Why? Vought’s Christian faith. Senator Sanders accused Vought of Islamophobia because of an article he wrote saying that Jesus Christ is necessary for salvation. Apparently, the mere act of believing in Christ is grounds to bar someone from public office.

It is almost as if the Left has never heard of Article VI of the Constitution or Title VII of the Civil Rights Act. Maybe they just don’t believe those protections apply to Christians. Such anti-Christian bigotry and political hypocrisy is dangerous. We must not allow it to continue.

We demand Senator Feinstein and Senator Durbin apologize to Professor Barrett and to the American people. They have violated her rights and this nation’s first freedom: the freedom of religion. No American may be denied public office solely on account of their faith.

Let me be clear. The Left’s anti-Christian bigotry will fail. Professor Barrett, a highly qualified candidate for the federal bench, will soon be Judge Barrett. The American people will not stand for this blatant religious bigotry. It’s time we speak out. Take action with us.

The Left’s utter disdain for Christians will not be tolerated any longer.