Another ACLJ Victory for Religious Freedom: When a Capitol Hill Landlord Ordered a Jewish Tenant to Take Down Scripture Verses ACLJ Stepped In and Won | American Center for Law and Justice 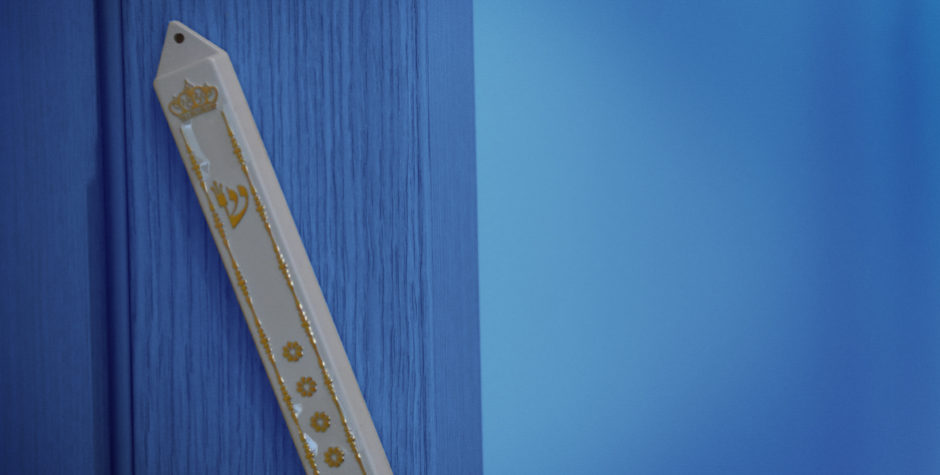 Another ACLJ Victory for Religious Freedom: When a Capitol Hill Landlord Ordered a Jewish Tenant to Take Down Scripture Verses ACLJ Stepped In and Won

Tenant Ordered to Take Down Scripture, ACLJ Stepped In

The law is often spoken of as being either a sword with which to attack or a shield with which to defend. Sometimes, both aspects come together, as in the case of one of the ACLJ’s newest matters where the ACLJ successfully fought religious discrimination against a Jewish tenant while simultaneously protecting the fundamental First Amendment freedom of an American to exercise her faith.

Recently, ACLJ began its representation of a young woman, renting her apartment from a substantial Washington, DC, area landlord. After returning from a trip to Israel, the ACLJ’s client, in keeping with a Jewish tradition straight out of the Bible, affixed a small mezuzah she had purchased in the Holy Land to the doorpost of her apartment.  This ancient practice is based directly on the Bible’s commandment in Deuteronomy 6:9 and 11:20 “and you shall write [these words] on the doorposts of your house and in your gateways.” To fulfill this obligation, Jews insert diminutive sacred scrolls containing Torah verses from these chapters in protective casings and keep them mounted on their doorposts at all times.

Shortly after she put up her mezuzah, however the ACLJ’s client was informed by the landlord’s agent that she would have to remove it. When she advised the agent that the mezuzah is part of her religious practice, she was told that that building management was aware that this was her religious practice but that they nevertheless would make no exception and that other Jewish residents have been forced to remove their mezuzahs in the past.

Our client then received a letter in which the building manager reiterated the demand that her mezuzah be removed, citing a provision of the building’s rules against “door hangings” and “door mats” that, to all appearances does not even address the issue of a small mezuzah on a doorpost.

What makes this landlord’s behavior even more astonishing is that this building is on Capitol Hill in Washington, DC and has long been the home of a number of Members of Congress.

The tenant reached out to us for assistance. The ACLJ reviewed the matter and took on the representation.  The ACLJ’s legal team then sent a demand letter to the landlord, laying out the facts and the law, addressing the religious discrimination against our client, and demanding that the landlord permit our client to keep her mezuzah. As the ACLJ explained to the landlord, whatever their “House Rules,” numerous cases have found that barring Jewish tenants from affixing mezuzahs is religious discrimination under Title VIII of the Civil Rights Act, also known as the Fair Housing Act. The ACLJ cautioned the landlord that if they were to continue their discriminatory demand, the ACLJ stood fully prepared to pursue all legal avenues and remedies to protect our client’s constitutional rights.

We want to make clear: the ACLJ did not presume that the building manager’s insensitivity to our client’s mezuzah, while wrong, stems from any kind of actual animus or intentional discrimination against Jews. Nonetheless, at a time of rising anti-Semitism in America and around the world – from vile anti-Israel political rhetoric, to outrageous campus discrimination, to brutal street attacks against Jews, and even deadly synagogue shootings – there is all the more reason to be vigilant in protecting the rights of Jews to live unharassed and practice their faith freely.

Our client was herself concerned that pursuing the matter might pose difficulties for her, but as a young Jew who is witnessing the mainstreaming of antireligious culture in general and anti-Semitism in particular, she felt strongly that she had to stand up for her faith. The ACLJ is proud of her conviction, gratified that she turned to us for help, and extremely pleased to report that we were able to deliver the best possible result: After receiving ACLJ’s demand, the landlord instructed the building manager that our client’s mezuzah could indeed remain on her doorpost and apologized to our client.

Cases like these may not grab headlines, but they are precisely the kind that create the fabric of American culture: Will America continue to protect First Amendment freedoms, or will religion be stigmatized? Will Jews who want to practice their faith be discriminated against because of animus or ignorance? Our lawyers are on the front lines around the globe battling against anti-Semitism and to protect religious liberties every day. As much as this case was a fight to protect one individual’s right to keep one tiny mezuzah, it is simultaneously very much a part of the global battle, as well.

The landlord’s response was welcome and appropriate and we are confident that they will make sure their building managers know going forward that they cannot discriminate against Jewish tenants who wish to observe the practice of mezuzah.

Thank you for your continued support and engagement with the ACLJ as you help us fight against anti-Semitism and advocate for people of faith like our young client.