With Speaker Pelosi Calling Congress Back to Washington, American Workers, Small Businesses, and Students Must Be the Highest Priority | American Center for Law and Justice
Search  |  Logout  |  Login  |  Register 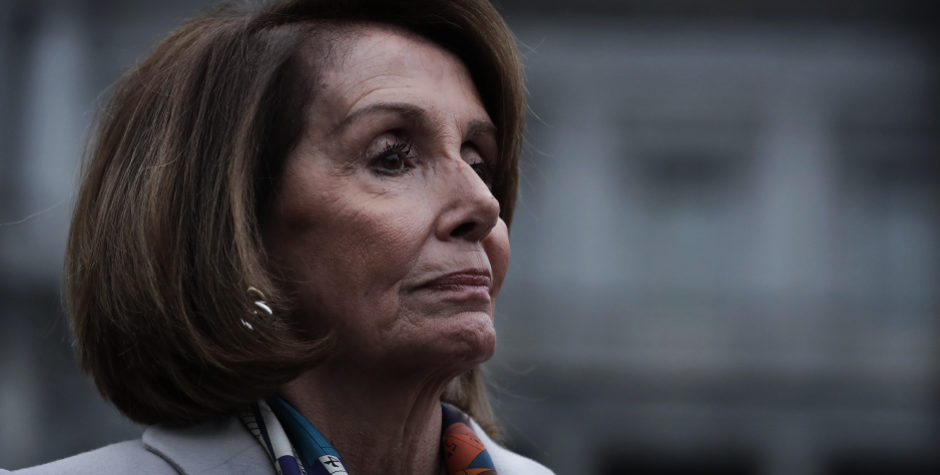 With Speaker Pelosi Calling Congress Back to Washington, American Workers, Small Businesses, and Students Must Be the Highest Priority

Workers and Students Must Be the Highest Priority of Congress

As we previously warned, House Speaker Nancy Pelosi seems determined to use the COVID-19 pandemic to accomplish her long list of radical Left policy priorities. Most recently, the Speaker decided to recess for the month of August rather than continue negotiations with the President and U.S. Senate on another round of pandemic assistance. She did so because the U.S. Senate preferred a narrower, more targeted assistance package over her $3 trillion bill loaded with unrelated measures. With millions of Americans facing the consequences of a multi-month pandemic, Speaker Pelosi decided it was more important to insist on her wish list than it was to deliver for the American People.

But speaking of delivering, she is now—just a few days later—calling the U.S. House back to Washington to address her latest pressing priority—a bailout for the United States Postal Service (USPS). You read that correctly—the U.S. House is returning to Washington, but not to negotiate on relief for the American People. Instead, the House will attempt to pass a massive $25 billion bailout of the USPS.

This bailout is a pretty transparent step toward Speaker Pelosi’s long-desired federal takeover of elections. Her vision, which she articulated by calling the USPS “Election Central,” is a country with mandated universal mail-in voting. This would, of course, strip states and localities of their constitutionally granted authority to oversee elections and would undermine an absolutely critical check-and-balance that helps ensure election integrity.

Keep in mind, every state already permits voters to request an absentee ballot, and 34 states and Washington, D.C., allow no-excuse absentee balloting. This drive toward universal mail-in balloting has never been about whether mail-in ballots will play a role in elections—they long have. Instead, it is about whether the federal government will be allowed to supplant the states as the primary election authority. On this fundamental question, the answer should be unequivocally no.

Moreover, as elected officials in Washington, D.C., debate how to provide relief to Americans struggling as a result of the COVID-19 pandemic, it is absolutely critical that American workers, small businesses, and students not be snubbed in favor of a bailout for the USPS. Of course, a bipartisan negotiation may result in some additional federal assistance for the USPS—President Trump openly said as much—but this should not occur at the expense of American families still struggling to balance the pressure of forced business closures, working from home, and schools that remain closed.

As Congress negotiates how to further respond to the COVID-19 pandemic, the priorities must be: 1) targeted assistance for the American people, 2) a replenishing of the Paycheck Protection Program (PPP) for small businesses that have been forced to close, and 3) flexible assistance for parents of students who no longer have a school to attend (as we at the ACLJ have repeatedly advocated). Given its likely increased role in this year’s election, it may also be appropriate to provide proportional funding for the USPS. This should not, however, occur if the aforementioned highest priorities are not met.

It is clear the USPS is in need of meaningful reform, and Congress should commit to engaging that debate in a serious and expeditious manner. The typical Washington, D.C., instinct to simply throw money at the problem will not solve the underlying problems with the USPS. The American people who depend on the USPS deserve a meaningful debate on substantive reforms, and Congress should engage that debate in good faith.

In summary, while the USPS may need some federal assistance, it must not be prioritized ahead of American workers, small businesses, and students.

Our Government Affairs team is mobilizing to deliver that exact message to Capitol Hill—No more funding for the USPS until Congress agrees on a deal that includes funding for the American people, American small businesses, and American students.

To add your voice to ours, sign our petition here.