Atheists Shutdown in TX: One Down, One to Go | American Center for Law and Justice
Search  |  Logout  |  Login  |  Register 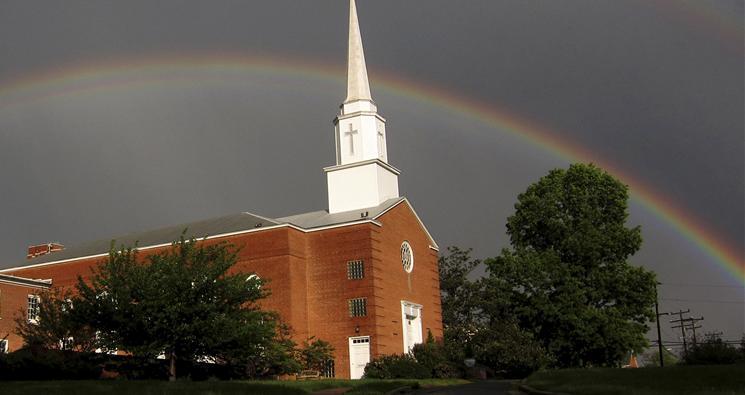 Atheists Shutdown in TX: One Down, One to Go

A federal court in Texas did exactly what a federal appeals court did just three months ago. Shut down a flawed legal challenge by the Freedom From Religion Foundation (FFRF), an atheist group.

The federal judge rejected FFRF's lawsuit targeting the Day of Prayer in Texas scheduled for August 6th. The group went to court to try and block Texas Governor Rick Perry, who issued a prayer proclamation, from participating in a prayer event scheduled for that day.

The court did exactly what we had hoped it would. Reject the motion for a preliminary injunction and dismiss the lawsuit.

The decision came on the day we filed our amicus brief in the case - urging the judge to reject a motion for a preliminary injunction (which he did) and dismiss the lawsuit (which he did).

In our friend-of-the-court brief filed in the U.S. District Court, Southern District of Texas, Houston Division we argued that FFRF lacked legal standing in this case and noted that "claims of injury amount to nothing more than being offended by Governor Perry's statements."

We also rejected assertions that Governor Perry's call for Texans and other Americans to pray violates the Establishment Clause. We argued the suit was without merit and was inconsistent with Supreme Court precedent as well as the long history of official government acknowledgement of religion in American life - specifically with the long history in this nation of legislators and executive officials calling this nation's people to prayer.

Our amicus brief is posted here.

In the Texas case, the judge adopted our argument and reached the same conclusion that a federal appeals court did back in April.

In his order, U.S. District Court Judge Gray H. Miller repeatedly cited the decision of the appeals court in the failed challenge to the presidential proclamation for a National Day of Prayer. Judge Miller made it clear that FFRF failed to have legal standing in the Texas case:

Whether in the official proclamation, a statement made available in print or by video on a website, or otherwise, Governor Perry has done nothing more than invite others who are willing to do so to pray. Like President Obama’s proclamation, Governor Perry’s statements are requests, not commands, and no injury flows from a mere request.

FFRF challenged the presidential proclamation for the National Day of Prayer, claiming it was offended by the proclamation. We filed a critical amicus brief in that case representing members of 67 members of Congress. Echoing an argument made in our brief, the appeals court in April concluded: "Hurt feelings differ from legal injury," and noted that all plaintiffs ultimately allege is "disagreement with the President's action."

FFRF says it may appeal the decision in Texas. If so, we'll file an amicus brief challenging the appeal.

That's right. Next stop - urging a court in New York City to reject a lawsuit brought by another atheist group, American Atheists.

We've been writing about it all week - a legal challenge to the World Trade Center cross at the new museum at Ground Zero. That group is offended by the sight of the cross. Actually, they claim both emotional and physical injury from this cross, a ridiculous argument, as noted by David French. As I told the New York Times: They want their day in court. I don’t think it’s going to be a long day.

As we've reported, we will file an amicus brief in this case, representing former NYC firefighter and first responder Tim Brown and others.

While we will continue to focus on shutting down the FFRF challenge at Ground Zero, let's realize that the Texas decision represents an important victory for the First Amendment and another nail in the coffin for the flawed legal strategy employed by atheist groups.