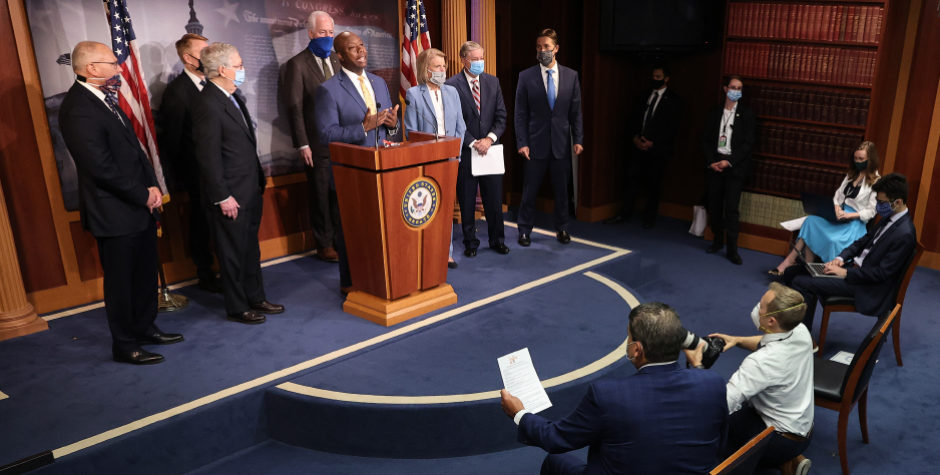 It is Time to Debate the JUSTICE Act

As we told you yesterday, the U.S. Senate is poised to consider the Just and Unifying Solutions to Invigorate Communities Everywhere (JUSTICE) Act. This legislation, sponsored by Sen. Tim Scott (SC), is an important first step toward addressing the inequality that many black Americans encounter in law enforcement.

We as Americans have much to be proud of when it comes to our system of justice, and we should all be tremendously grateful for the men and women of law enforcement who put themselves in harm’s way on a daily basis for our well-being. We can all also agree that even one injustice that causes a loss of life is too many, and there is much we can do to be even better going forward.

All 53 Republican Senators (including Sen. Scott and Leader McConnell) are expected to vote to begin debate on the measure, but it will require that at least seven Democrat Senators vote with them if there is to be a debate. Voting to begin debate does not in any way bind a Senator to supporting the bill in the end. But it is, in fact, the only way to ensure that every Senator has an opportunity to both debate and vote on the measure. It would be a travesty to deny the families of the victims involved a debate on these reforms.

That is why the ACLJ is calling on every Senator to vote to begin a debate on this critical matter. (You can learn more about the legislation and our analysis here.) You can stand with us in this demand. There are three specific actions you can take:

The American people know the truth. Law enforcement plays an essential and positive role in our society. But it is time for commonsense reforms. The U.S. Senate should begin the debate.