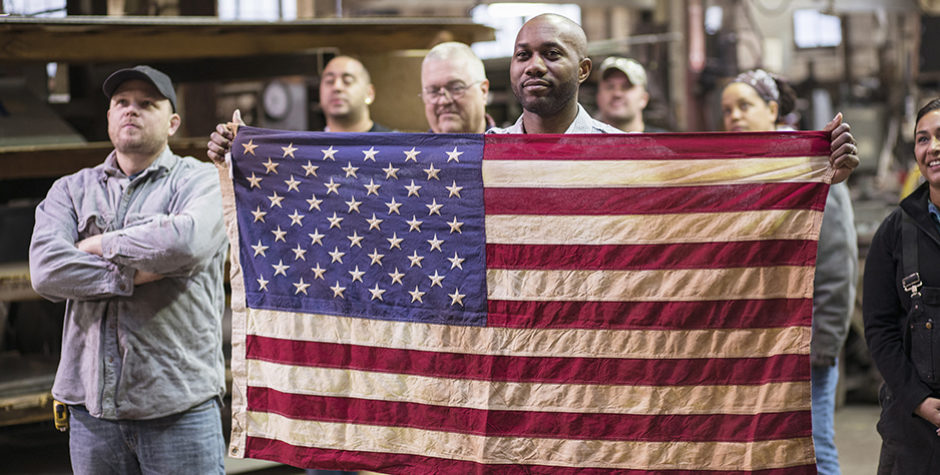 The racial tension and unrest over the last few weeks, beginning with the gut-wrenching death of George Floyd and continuing up to the present with protests that turn violent and a backlash writ large against law enforcement, is one of the most disturbing chapters of our collective history in a generation.  Not since the 1960s—an era that included the death throes of Jim Crow laws due to great men like Dr. Martin Luther King, Jr., multiple assassinations and violent demonstrations across the country—have we witnessed such discord and societal unrest.

As we have stated before at the ACLJ, we support free assembly and the Constitutional right to protest.  However, at the same time, there is no guaranteed right to arson, assault, and destroying property.  Those acts are crimes. Rogue elements of our society have commandeered just anger and concern over racism and used it to advocate complete anarchy and a breakdown of civil norms.  Many left-wing politicians are using the unrest in an attempt to gain political advantage in an election year—with seeming disregard for the harm it is doing to our nation and to minority neighborhoods and businesses.  This partisanship and political expediency are shameful.  Many in the media who despise the present administration join with the Left in illogical blame games and biased reporting, seeming at times to desire to fan the flames in our society—figuratively and literally.  When will this stop?

Part of the problem is the matter of reacting to injustice, police misbehavior, and other issues as opposed to responding to it.  Reactions to anything confronting us, individually or collectively, are not logical or rational by their very nature.  Except in extreme cases where our individual life and safety are threatened in real time (the fight or flight scenarios) reacting to something is frequently not helpful and leads us to regret later on as to how we reacted.  Responding, on the other hand, by definition implies a desire to take a stand, address what is happening, and seek to fix and resolve the issue.  Responding can promote healing, fixing what is broken, and constructive answers.  Reacting frequently has just the opposite outcome.

What we are witnessing in our society today is a lot of reacting and not much responding.  Reacting to recent tragic events has led to a broad-stroke condemnation of law enforcement, violence in the streets that includes attacking innocent people and destroying businesses that have nothing to do directly with the injustice the crowds are protesting, and attacks on government and civil order at all levels.  Examples of this are the takeover of a huge swath of Seattle, burning a police precinct in Minneapolis, and a call to either defund or abolish police departments.  We rightly condemned vigilantism—whether it was in the Wild West, during and after the Civil War, or in the struggle for Civil Rights in America.  Yet what we are witnessing is the same kind of vigilantism that we deplore in our history. It was wrong back then.  It is wrong now.  It is morally repugnant.  It is a violation of the legal principles on which our nation was founded.

We must come together as Americans and respond—not merely react.  We are never stronger or healthier than we unite around our shared values and beliefs—not our differences.  For the most part, our nation is a great nation; there is no other like it on the planet.  For the most part, Americans are a kind and generous people who love and respect their fellow citizens no matter their race, religion, or economic level.  We must resist those who attempt to deny this and divide us.

What we are frequently witnessing in our streets lately is not who we are and not what we are about.  The vast majority of Americans—black, white, Asian, Hispanic, everyone—are appalled and disappointed by the reactions of the anarchists and misguided street vigilantes who dominate the media reports every day.  I have spoken with some of these Americans, as have you. We ARE these Americans!  We were shocked and heart-broken over the death of George Floyd, and any other minority unjustly killed. We also deplore the unmitigated violence in our streets.  We are weary of opportunistic politicians and weak civic leaders who attempt to use these tragedies for their own advantage. We respect law enforcement and the 99 percent of police officers who are truly there to protect and serve. We know in our very hearts that there is much more that unites us than divides us.  We do not mistreat people.  We embrace our fellow citizens in all their diversity.  We take to heart the admonition to “love your neighbor as yourself.”

We cry out together, “Enough!”  By phone calls, letters, emails, and the ballot box—we must demand that our elected officials represent who we truly are, stop reacting, and begin responding.  We must openly disapprove of any media that even tacitly approves of the anarchy and street violence we are witnessing; there is literally no excuse for much of what we have seen in recent weeks. Our officials must call out domestic terrorism for what it is.  Groups like Antifa must be declared as terrorists and rooted out of our society.  Our government officials—like those of us in the military—take an oath to defend our Constitution and the republic on which it is founded from “all enemies, foreign and domestic.” That oath must be honored.  Each of us who love our country must exemplify this by how we love our neighbors.  And all of us must pray, truly pray, for the United States of America.