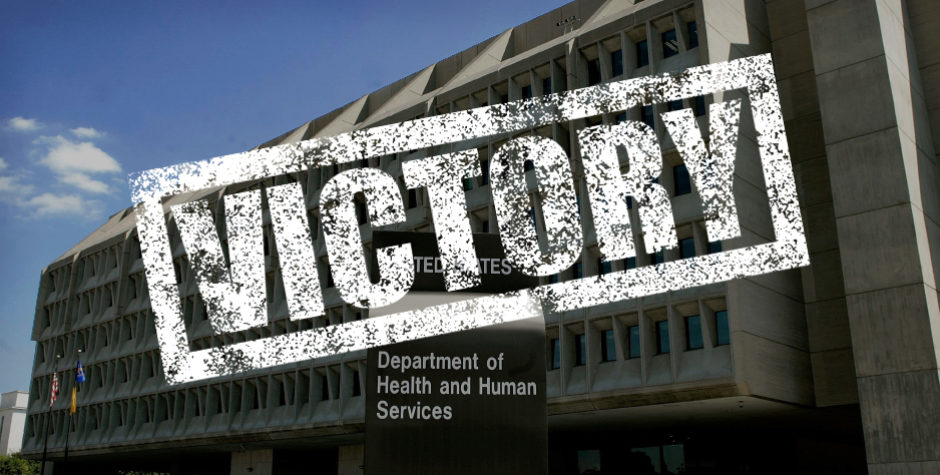 Victory for Conscience Rights: Protecting Pro-Life and Christian Medical Professionals from being Forced to Violate Their Faith

Last year, as we explained in more detail here, the U.S. Department of Health and Human Services (“HHS”) proposed an administrative rule designed to enforce federal statutory rights of conscience. These laws, in different contexts and various ways, protect the rights of medical personnel from being coerced into violating their moral or religious beliefs in the delivery of healthcare services.

Though many of these conscience laws have been on the books for decades, they unfortunately have been of little use to healthcare professionals whose conscience rights have been violated. Why? Because no court has yet held that these laws contain what’s known as a “private right of action,” i.e., the right of an individual to bring a lawsuit against a party that violates the law.

The rule, which was finalized by HHS last week, goes far to address this problem. While the final rule doesn’t create a private right of action—only Congress has the authority to do that—it empowers HHS to investigate complaints, undertake compliance reviews, and conduct investigations for potential violations. Should an entity refuse to comply with the law, HHS can remedy the violation by withholding federal funds, or refer the matter to the Department of Justice for enforcement.

The final rule also imposes certain obligations on entities that are covered by federal conscience laws. They must certify in writing to HHS that they are complying with the laws and maintain records reflecting that compliance. They must also agree to cooperate with HHS enforcement activities and not take retaliatory measures against an individual that files a complaint of discrimination with HHS. Finally, the rule urges recipients of HHS funds to post notices of federal health care conscience rights, or otherwise inform patients or employees, of such rights, where applicable.

The ACLJ, which filed formal comments in support of the proposed rule last year, welcomes the publication of the final rule. Healthcare professionals should not have to abandon their livelihood when forced to participate in a procedure that violates their religious beliefs or moral convictions.  By requiring compliance with federal conscience laws, and authorizing investigations for failure to comply, the rule provides a critical mechanism by which the anti-discrimination provisions of these laws can be effectively enforced, thus ensuring the full protection of conscience rights in the healthcare arena.

Unsurprisingly, the rule has angered groups like Planned Parenthood, who place unfettered access to abortion over all other concerns, including the longstanding federal protection of conscience rights. Indeed, shortly after the final rule was announced, the city of San Francisco filed suit. Claiming that the rule would devastate healthcare services in the city, San Francisco alleges that HHS exceeded its authority in adopting the final rule. It even claims that the rule violates the First Amendment’s Establishment Clause.

The rule doesn’t impose a brand-new legal regime on the country, much less authorize the establishment of any religion. It simply requires that recipients of federal funding, such as San Francisco, comply with pre-existing laws that guarantee conscience rights for medical personnel. Indeed, San Francisco should already be complying with federal conscience laws, with or without the final rule.

It’s plentifully obvious, however, that San Francisco’s real beef isn’t with the rule and its enforcement of conscience rights, but with the idea that health professionals have any conscience rights at all. If Planned Parenthood, NARAL, and governmental bodies like San Francisco had their way, pro-life doctors, nurses, pharmacists and other health professionals would be forced to make a choice: abandon your moral and religious beliefs, or abandon your profession. That cannot be allowed to happen. And thanks to the final rule, the federal government is prepared and equipped to make sure that it doesn’t.

At the ACLJ, we are preparing to defend the rule and the conscience rights of medical professionals it protects.