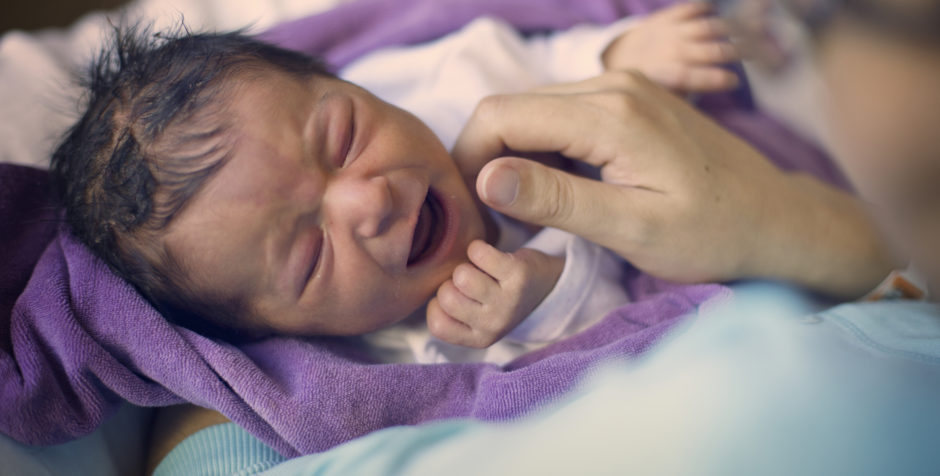 UN: The Culture of Death Returns

UN: The Culture of Death Returns

The United Nations Human Rights Committee is about to impose a universal legalization of abortion by manipulation and in the name of the right to life.

This Committee of independent experts, which is in charge of monitoring the implementation of the International Covenant on Civil and Political Rights (1966), gathered in Geneva on the 1st and 2nd of November 2017, in order to draft its official interpretation of the right to life. This interpretation, titled General Comment No. 36, has a great authority on jurisdictions and law makers around the world, as the Committee has the power to judge State parties with regard to their implementation and respect of the treaty.

Several of the Committee members have seized this opportunity to promote an extensive right to abortion. That was the stance taken in particular by the French member of the Committee, Olivier de Frouville, the American, Sarah Cleveland, and the Tunisian, Yadh Ben Achour. The other members remained quite silent on this issue. Only Mrs. Anja Seibert-Fohr, the German expert, fought for, sadly in vain, recognition of “the legitimate interest for States parties to protect the life of the foetus”, which is currently acknowledged by the European Court of Human Rights. The three other members, known for not being supporters of abortion, were absent.

From the beginning of the debate, M. de Frouville recommended that any “philosophical or ideological consideration” be avoided, and that the Committee instead focus exclusively on women’s rights. At no time during the debate was the moral nature of abortion questioned. Similarly, at no moment were the rights of children mentioned and the Committee members were careful to never use the term “child”. According to the members of the Committee, the child does not exist before birth; therefore it would be vain to even mention his or her rights or interests.

In fact, there was only one mention, not of children, but of “foetuses”, and that was only to recommend the legalization of eugenic abortion. Indeed, the Tunisian representative insisted on its necessity. He declared that though it is necessary to help disabled people “once they are born”, this does not mean that “we have to accept to allow a foetus suffering with impairment to live”. He added “we must do everything we can to avoid disabilities”.

But here again, the reference to the “foetus” was too explicit. In order to avoid being accused of eugenics, the members wanted to replace this word with the word “pregnancy”, seen as less offensive, as if changing the terms can make the reality of eugenics more acceptable.

As for the right to abortion, the recommendations of International Planned Parenthood have been followed literally by the Committee in its drafting of the General Comment. Using the motto of this organization, the Committee members have declared that abortion should be decriminalized and its access made “safe, legal and affordable”, without any real condition or limitation of time. They also adopted the organization’s argument that prohibition of or difficulty in access to abortion would amount to violating the woman’s right to life. This led M. de Frouville to assert, in an Orwellian way, that legalizing abortion “is at the heart of the issue of the right to life.”

However, this argument is a complete moral inversion of the meaning of the right to life. It follows materialistic thinking according to which only those with intelligence and will are genuinely human and hence, worthy of protection. According to that argument, as long as a person does not have “will” or “intelligence” they are just bodily matter under the power of those who are “human” because capable of imposing their intelligence and will on others. Thus, it is no longer “human life”, as a defined by scientific and biological reality that would be protected under international law, but the new social definition of “human life” as intelligence and will, (i.e. strength). Not once have the members of the Committee recalled the commitment taken by the States to reduce the number of abortions and to help pregnant women through alternative means. The weakness of unborn children and women in distress has created a unique response: elimination. The survival of the fittest.

Yet, it is mainly to protect against eugenics that the universality of the right to life was reaffirmed in the post-war period. The drafters of the Universal Declaration of Human Rights expressly refused to tolerate any eugenic abortion, recalling its use by the Nazi regime. It was only under the pressure of Soviet countries that the drafters of the Declaration renounced in 1948 protecting explicitly human life “from conception”. It is because the Nazi and Soviet regimes were materialists that they promoted abortion and eugenics; and it is against this ideology that the United Nations was founded on the basis of the equal dignity of every human being.

Another Committee of the United Nations protested against this ‘reactionary drift’. The Committee on the Rights of Persons with Disabilities responded that “Laws which explicitly allow for abortion on grounds of impairment violate the Convention on the Rights of Persons with Disabilities”. It added that such laws perpetuate “notions of stereotyping disability as incompatible with a good life”. However, the Human Rights Committee did not take this into account, and its most active members remained firmly committed to their objective.

An excess of power

The remaining question is whether the Committee has the power to impose on States, in the name of the Covenant, an obligation inconsistent with the explicit intention of its drafters. Indeed, the Committee has been reproached by several States to act beyond its mandate. Some of its members defended themselves declaring that the International Covenant on Civil and Political Rights is a “living document” of which they are the true interpreters. Concretely, States would thus be less required to abide by the Covenant than by what the members of the Committee say. This is particularly problematic when the interpretation is diametrically opposed to the initial meaning of the treaty. In response to that concerning stance, Mrs. Seibert-Fohr stated, as a warning, that the Human Rights Committee dangerously weakens “the human rights’ universality”. In fact, if this interpretation of the Covenant is adopted, numerous States will refuse to enforce it; the ideological zeal of some members of the Committee will thus inevitably backfire on its authority.

The discussion on this Draft General Comment will continue in March 2018; the Committee will also deal with assisted suicide and euthanasia which it considers imposing in the name of the right to life.

At the beginning of October, the ECLJ submitted to the Human Rights Committee a Memorandum in defence of the right to life, with the support of more than 130,000 persons who signed a petition for the protection of every human life.