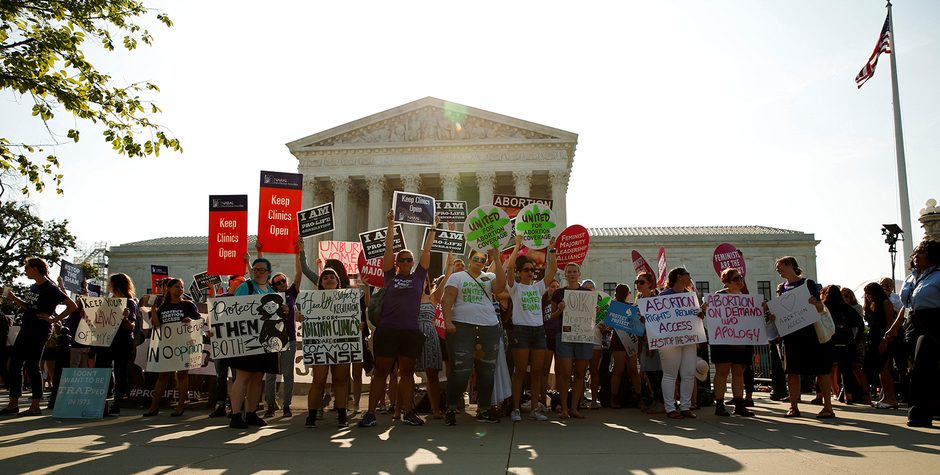 It is disappointing that a majority of the court voted to reject these safety standards – disappointing but not necessarily surprising since the majority once again relied on the ‘abortion distortion’ factor in reaching its conclusion.

This decision underscores the bias applied to the issue of abortion. Justice Alito summed it up best with his dissent: “The Court’s patent refusal to apply well-established law in a neutral way is indefensible and will undermine public confidence in the Court as a fair and neutral arbiter.”

Quoting the late Justice Scalia, Justice Thomas brought this point home in his dissent as well, stating, “[Today’s] decision exemplifies the Court’s troubling tendency ‘to bend the rules when any effort to limit abortion, or even to speak in opposition to abortion, is at issue.’”

Sadly, the majority embraced the false narrative of the abortion industry – that childbirth is more dangerous to a woman than getting an abortion. The assertion is not only inaccurate; it is patently false. And it’s troubling that the majority bought into this false narrative.

The ACLJ filed an amicus brief with the high court on behalf of more than 156,000 Americans and several pro-life organizations urging the court to uphold the Texas law, arguing that “abortion is a procedure fraught with hazards.”

In that brief, we highlighted, in great detail, the numerous instances where women have been endangered by unregulated abortions, suffering injuries and complications.

In addition to more than 156,000 Americans, we filed this brief on behalf of several other pro-life organizations including the Family Research Council, the Texas Conservative Coalition, and The Houston Coalition for Life, which owns and operates a mobile Crisis Pregnancy Center which provides free sonogram services to expectant mothers.

One point must not be lost in the midst of today’s disappointing decision; Texas’s 20-week abortion ban still stands.  This provision of HB2 was NOT challenged by the abortion industry in this case and remains in effect, saving lives.

While today was a setback in the fight for the unborn, we will never give up the fight.  Numerous states continue to put forward innovative pro-life laws.  While some pro-life provisions have been struck down, many have not.  We will continue to work with state legislatures and in Congress on critical groundbreaking pro-life legislation.  And we will continue aggressively advocating in court to defend life, to uphold pro-life laws, to expose the deadly abortion industry, and to protect the constitutional rights of pro-life advocates who dedicate their life’s work to saving defenseless lives.