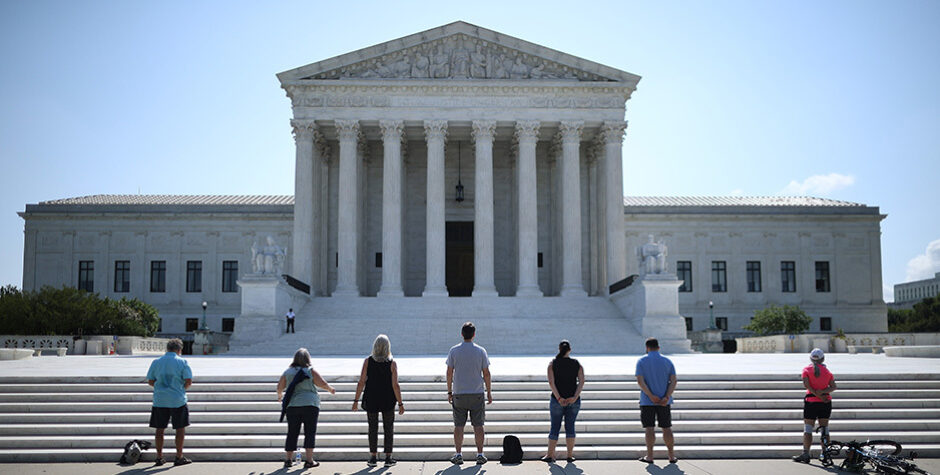 Today marks a dark anniversary for our country that has resulted in the loss of American lives on an unfathomable scale. Not an act of war or a terrorist attack. Not a disease. This deadly scourge was and remains completely preventable.

And in the 48 years since, it has been estimated that 62 MILLION INNOCENT BABIES have been lost, aborted by Planned Parenthood and other abortionists.

Under the pro-life Trump Administration, the ACLJ was able to help score multiple victories for the pro-life movement in our fight to save babies, defund Planned Parenthood, and finally put an end to taxpayer-funded abortion on demand. We supported legislation to protect babies from abortion when a heartbeat is detected and assisted in drafting new legislation to hold abortionists accountable for fraudulent and coerced abortions. We fought to protect babies from being aborted because of their sex, their race, or the possibility they might be born with conditions such as Down syndrome. We even went to court to defend the conscience rights of pro-life healthcare professionals who were being forced to participate in abortion procedures.

But now President Biden’s pro-abortion Administration has already made clear that it wants to dismantle or roll back as many of the pro-life victories we won as possible. After all, Joe Biden himself promised that he would.

As President, I’m going to do everything in my power to expand access to quality, affordable health care, including reproductive health care. I'm proud to stand with Planned Parenthood in this fight.

As always “reproductive health care” means abortion. Not only has President Biden openly expressed his support for abortionists like Planned Parenthood, but he has promised to take action to further empower (and fund) them. According to his so-called Biden Agenda for Women, President Biden promised to:

The Biden Agenda also promised to rescind the Mexico City Policy, which President Trump expanded and we supported:

Just as the Obama-Biden Administration did, rescind the Mexico City Policy (also referred to as the global gag rule) that President Trump reinstated and expanded. This rule currently bars the U.S. federal government from supporting important global health efforts — including for malaria and HIV/AIDS — in developing countries simply because the organizations providing that aid also offer information on abortion services.

The new President’s agenda may have carefully worded its stance on the Mexico City Policy so as to make it sound like a noble effort to fight deadly diseases, but to be clear: what they really want is for American taxpayers to pay for free abortions worldwide, as well as here at home.

And why wouldn’t he? Planned Parenthood and the abortion lobby were fervent supporters of his presidential bid. Planned Parenthood announced its plans to donate $45 million to Democrat candidates, including the Biden campaign. Now it would appear it’s time to repay the favor.

And apparently he’s already proving to be a man of his word. Less than 24 hours after being sworn in, President Biden is reportedly preparing to undo the pro-life efforts of President Trump:

President Biden is preparing to reverse a Trump administration policy that prohibits U.S. funding for overseas groups that provide or refer patients for abortions – the first of several moves reproductive rights advocates are hoping to see from the Biden administration.

This is why, as the Roe v. Wade decision nears 50 years – a sad milestone that will be reached during President Biden’s term – and this new pro-abortion Administration has taken office, the pro-life work of the ACLJ is needed now more than ever.

We are saddened but not surprised by the Biden Administration’s swift moves to expand abortion and aid Planned Parenthood in growing its abortion empire. And we are prepared to fight them.

We just took action in federal appeals court to overturn a pro-abortion injustice. We told you how a California jury unjustly awarded Planned Parenthood millions of dollars in damages from pro-life advocates who exposed the sale of aborted babies’ body parts. But even worse, a federal court recently awarded another $13.6 million dollars to Planned Parenthood for attorneys’ fees and costs. We must keep fighting to overturn this travesty of justice.

On this grim anniversary, we are redoubling our commitment to fight for every unborn baby, to defend every pro-life doctor and nurse, and to defund Planned Parenthood once and for all, despite whatever challenges we face over the next four years. Millions of defenseless babies are counting on us.