In a big victory for life, President Trump just announced he will sign an Executive order protecting babies who manage to survive abortions and ordering doctors to provide them with life-saving medical care.

President Trump revealed his latest order to protect defenseless babies in an address to the National Catholic Prayer Breakfast, rightly calling it a “moral duty”:

“Today I am announcing that I will be signing the born alive executive order to assure that all precious babies born alive, no matter their circumstances, receive the medical care that they deserve,” the president said. “This is our sacrosanct moral duty.”

This is a major win in our fight to save innocent babies, but it’s actually sad to consider that such an order is even necessary, or that it takes the President of the United States to do it. It seems like it would just be human nature – or at least common sense – if a baby is born alive, you keep him or her alive no matter what. But nothing about the abortion industry makes much sense.

For years we’ve told you that babies have somehow managed to survived botched abortion procedures only to be left to die on the table, denied the medical care that would have kept them alive.

This isn’t just a theoretical protection. We told you about how abortionist Dr. Kermit Gosnell was found guilty of murdering babies born alive after botched abortions in unspeakable ways and allowing 100 illegal late-term abortions to be committed in his clinic.

Gosnell was not an outlier. His case was not a so-called “one off.” We told you how abortion giant Planned Parenthood was caught advocating post-birth abortion – infanticide. Their lobbyist testified before a state legislature that if a baby was born alive as the result of a botched abortion, Planned Parenthood believed the decision whether to provide that baby struggling for life on the abortion clinic table lifesaving support “should be between the patient and the health care provider.”

We reported then that:

a query in the CDC WONDER database for mortality statistics under ICD-10 code P96.4 (which is labeled “Termination of pregnancy, newborn” in the CDC database), reveals that 362 infant deaths (i.e. first born alive) as a result of an attempted abortion have been reported in the most recently available 10-year period, 2001-2010.

State Departments of Health in just three states reported that 40 babies have been born alive during botched abortions since 2016. But that’s only three states. The number is likely far more. The Susan B. Anthony List has over 270 documented cases of babies born alive after abortions.

As vile and detestable as it is, at least it makes sense that abortionists like Planned Parenthood would allow such a tragedy to occur. They’re in the abortion business. As grim as it is, they don’t seem to care when a baby dies, as long as it adds to the empire.

What’s unfathomable is that we have lawmakers and leaders pushing for extreme late-term and post-birth abortion access in this country. We’ve told you about how Virginia Governor Ralph Northam went on a radio show and advocated for late-term abortions, up to the moment of birth.

Virginia House of Delegates member Kathy Tran introduced a bill to allow a woman to have an abortion even at the end of her pregnancy. In a video she is asked:

After an apparent deflection, Tran finally responded matter-of-factly: “My bill would allow that, yes.”

We took immediate action to expose the truth behind this ghoulish bill and stop it before it comes back up in a future legislative session (thankfully it was tabled in committee this time). We want to know whether the legislators supporting it have interests beyond “women’s health issues.”

We at the ACLJ were so disgusted, we took direct action, filing a state Freedom of Information Act (FOIA) request demanding the state of Virginia produce all records regarding this extreme legislation to discover what it’s really about, and if and how much Planned Parenthood or others in the abortion lobby were involved in its creation.

Thankfully Virginia has, for now, tabled the bill. But it must continue to be monitored closely.

We also filed a FOIA demand to the New York Governor’s office to find out what was happening behind the scenes leading up to New York’s barbaric late-term abortion law, which allows for abortion all the way up to the moment of birth. Specifically, we want to know what kind of pressure the abortion lobby placed on New York lawmakers?

Perhaps even worse than these individual states introducing ghoulish new abortion bills is the fact that when the U.S. Senate had the chance to ban infanticide – the killing of a born-alive baby – nationwide, they chose to look the other way. TWICE the Senate voted on legislation that would require abortionists to provide lifesaving care, and ensure the surviving babies would be admitted to a hospital, and they dropped the ball, big time.

44 pro-abortion Senators blocked the legislation (yes, including both of Virginia’s Senators – Sens. Tim Kaine and Mark Warner), choosing instead infanticide and the denial of medical care to living, breathing, helpless human beings. Interestingly, some of those same Senators are up for re-election this November.

This is why President Trump’s Executive order is not only necessary, it is critical.

We have to save these precious babies who still have a shot at happy, productive lives, if not for the cruelty of callous abortion doctors. Now abortionists will administer medical care and they will keep these babies alive, or they will be held accountable to the full extent of the law.

In his speech, demonstrating his ongoing commitment to life, President Trump also announced that he will be increasing federal funding for neonatal research to help “ensure that every child has the best chance to thrive and to grow.”

We applaud the President’s decision, but our fight is far from over. We will continue to advocate for defenseless unborn babies, supporting pro-life legislation across the country, and fighting to defeat Planned Parenthood.

But we need you in this fight. 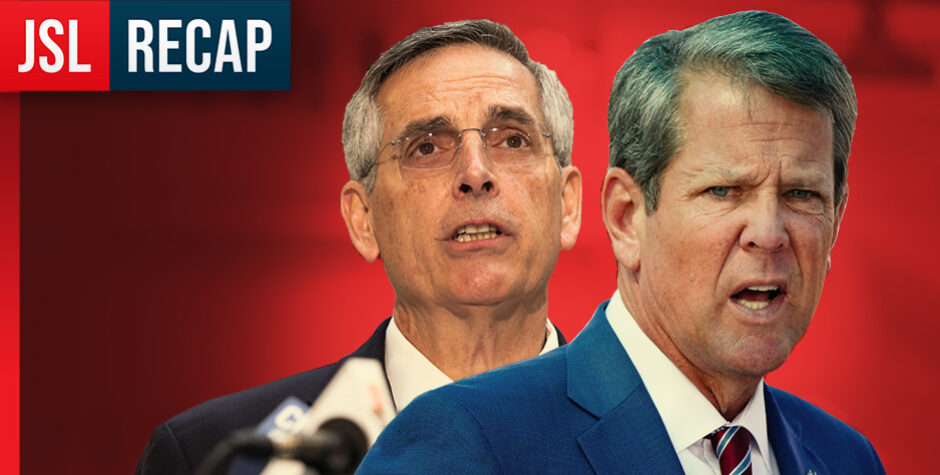