President Decries Babies “Ripped from the Mother’s Womb,” Calls for Late-Term Abortion Ban at the State of the Union | American Center for Law and Justice
Search  |  Logout  |  Login  |  Register 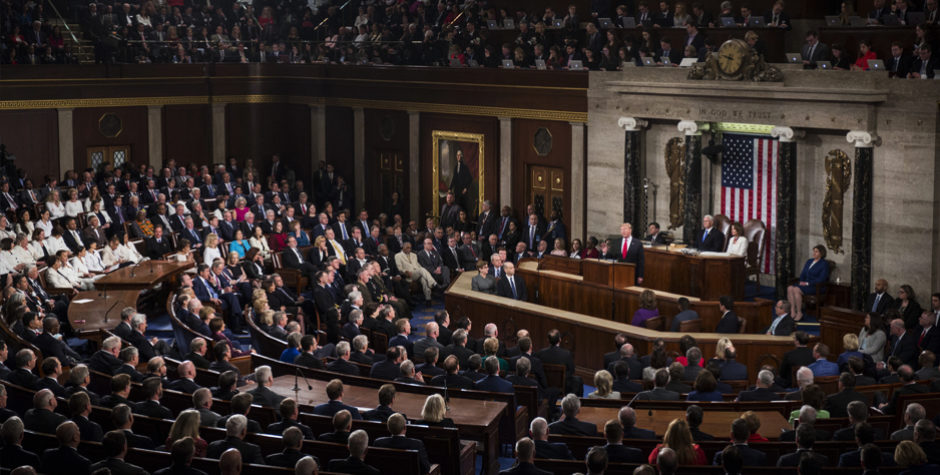 President Decries Babies “Ripped from the Mother’s Womb,” Calls for Late-Term Abortion Ban at the State of the Union

There could be no greater contrast to the beautiful image of a mother holding her infant child than the chilling displays our nation saw in recent days.  Lawmakers in New York cheered with delight upon the passage of legislation that would allow a baby to be ripped from the mother’s womb moments from birth.  These are living, feeling, beautiful babies who will never get the chance to share their love and their dreams with the world.  And then, we had the case of the Governor of Virginia where he stated he would execute a baby after birth.

To defend the dignity of every person, I am asking Congress to pass legislation to prohibit the late-term abortion of children who can feel pain in the mother’s womb.

Let us work together to build a culture that cherishes innocent life.  And let us reaffirm a fundamental truth: All children — born and unborn — are made in the holy image of God.

The President used the State of the Union to draw attention to the new barbaric abortion law in New York that would allow babies to be killed up until the moment of birth. He called out Virginia’s governor who promoted a bill that would allow infanticide, explaining how the governor “stated he would execute a baby after birth.” And finally, he demanded Congress act to end late-term abortions of babies who science has proven feel pain.

This is something we have been advocating for at the ACLJ for years.

In fact, the United States is one of only seven nations in the world that allow these horrific late-term abortions. America joins such human rights stalwarts as North Korea, China, Vietnam, and Singapore, as well as Canada and the Netherlands. Think about that. We are only one of seven countries that allow this barbarity.

Congress must act to end it now. That is why the ACLJ continues to call for the passage of the Pain-Capable Unborn Child Protection Act.

The President then moved to his policy priorities to protect American security. His transition made a powerful point. The security of all Americans starts in the womb.