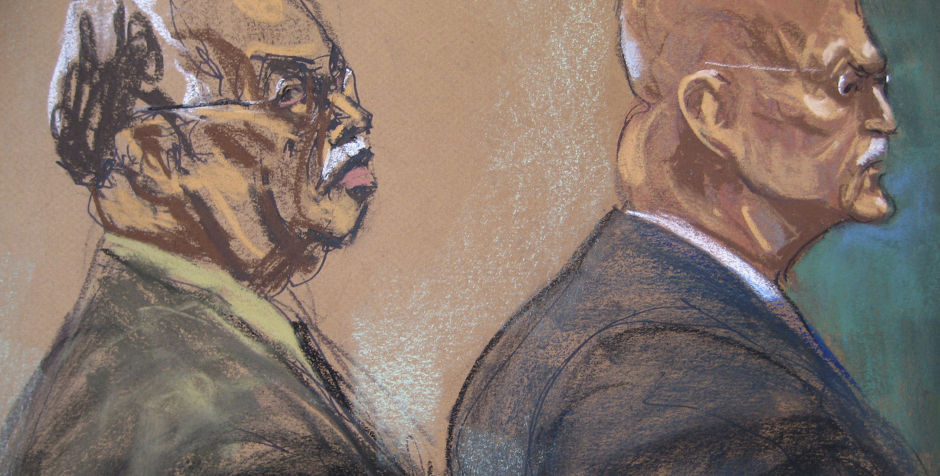 Two years ago today, Kermit Gosnell was found guilty on three counts of murder in the first-degree, as well as “hundreds of lesser charges.” Certainly, a trial resulting in a conviction that significant was followed closely by the American media?  Not so. Most media outlets barely covered the trial at all.

So who is Kermit Gosnell, and who did he murder? In 1979, Gosnell began operating an abortion clinic in West Philadelphia called the Women’s Medical Society. As the grand jury report noted, this was “the impressive-sounding name” of what later was appropriately termed Gosnell’s “House of Horrors.” During the years that Gosnell ran this abortion clinic, hundreds of violations occurred, ranging from illegal prescription sales to the murder of babies born alive after botched abortions.

Conditions at the Women’s Medical Society were so bad that on February 18, 2010 when the FBI finally raided the clinic, they were confronted by the smell of animal urine, blood stained furniture and blankets, and “[i]nstruments [that] were not properly sterilized. [And d]isposable medical supplies were not disposed of [but were] were reused, over and over again.”

During the trial, it was revealed that Gosnell routinely performed illegal abortions on women who were as far as 7 to 8 months along in their pregnancy—butchering babies born alive by severing their spinal columns. One juror stated that “he might need to seek counseling after hearing all the evidence and seeing disturbing images of aborted [babies] and of the squalid conditions and grisly items in Dr. Gosnell’s clinic, including jars of [babies’] feet . . . .”

At the conclusion of his trial, Gosnell was rightly found guilty of the murder of three babies.

[Gosnell] was also found guilty of involuntary manslaughter in the death of patient Karnamaya Mongar, who died after a botched abortion. And he was found guilty on most of the more than 200 counts of violating Pennsylvania’s informed consent law.

In total, Gosnell was found guilty of 21 out of 24 felony counts of illegal abortions beyond the 24 week limit and found guilty on all but 16 of 227 misdemeanor counts of violating the 24-hour informed consent law.

The horrors of Gosnell’s clinic, however, are not isolated incidents. Across the country, abortion clinics violate health codes and laws in many of the same ways as Gosnell’s House of Horrors.

In 2012, every abortion clinic in Virginia failed to pass health inspections because they reused (and failed to sanitize) medical test tubes; issued expired medication; had dried blood on equipment, furniture, walls, and doors; and improperly cleaned medical equipment.  It was the Virginia woman who died in Gosnell’s “House of Horrors” that led to stronger abortion clinic regulations in Virginia.  I recently documented how these regulations are now in jeopardy as the Commonwealth’s pro-abortion Governor seeks to ensure they will never be enforced, paving the way for more Gosnell’s to endanger women and murder babies with impunity.

In Texas, an abortion clinic falsified ultrasounds in order to illegally abort viable babies—babies who were also killed by having their spinal cords severed. In addition, the Texas clinic used surgical equipment that was not properly sterilized, reused disposable instruments, and sexually assaulted clients.

And in Michigan in 2013, three separate abortion clinics were shut down after similar reports of filthy and unsanitary conditions, blood on the floors and walls, “improper disposal of syringes and needles,” unsterilized medical equipment, and botched abortions.

Abortion is a horrific and devastating act. It should come as no surprise that the places that perform this act are horrifying as well.  What is surprising is the lack of coverage from the American media on abortion clinics that commit these atrocities in squalid conditions against women and babies across the country everyday.

This is why the ACLJ is actively engaged in drawing attention to the danger that abortion poses to women and babies across the nation by exposing Planned Parenthood, writing public comments, supporting and engaging in pro-life advocacy, and educating the public on the startling realities surrounding the abortion industry.

We must never forget the horror that Gosnell represents.