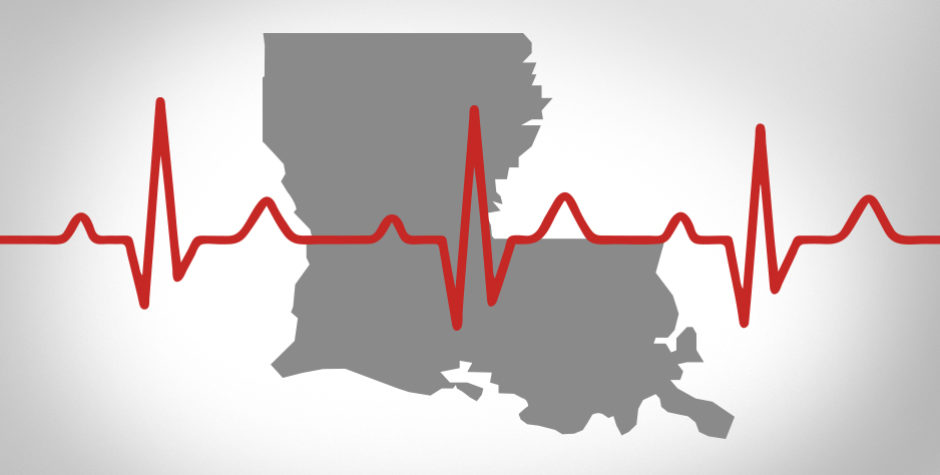 There is nothing more innocent than a baby still growing in the mother’s womb. They don’t know anger. They don’t know hate. They don’t know Republican from Democrat. They only know love. Yet more and more states are considering legislation that would allow those innocent lives to be taken, even up to the moment of birth.

But in another historic victory for defenseless, unborn babies, Louisiana has just become the latest state to take a bold stand to protect these precious unborn lives. And by doing so, it proved the sanctity of life is bipartisan.

The Louisiana House voted 79-23 to pass the pro-life “heartbeat bill” and on May 30th, Louisiana Governor John Bel Edwards, a Democrat, signed the bill banning abortions the moment a heartbeat can be detected. Louisiana now joins pro-life states like Ohio, Georgia, Mississippi, Alabama, and Missouri.

In a statement regarding the bill, Governor Edwards reiterated is longstanding stance of protecting life, and touted the state’s successful adoption rate.

“I know there are many who feel just as strongly as I do on abortion and disagree with me – and I respect their opinions,” Edwards said in a statement.

“As I prepare to sign this bill, I call on the overwhelming bipartisan majority of legislators who voted for it to join me in continuing to build a better Louisiana that cares for the least among us and provides more opportunity for everyone.”

“I ran for governor as a pro-life candidate after serving as a pro-life legislator for eight years. As governor, I have been true to my word and beliefs on this issue. But it is also my sincere belief that being pro-life means more than just being pro-birth,” said Edwards.

“For each of the last three years, my administration has set records for the number of children being adopted out of our foster care system.

Governor Edwards’ actions are particularly poignant given pressure he was receiving from those within his own party not to sign the bill. Louisiana Senator and head of Louisiana’s Democrat party, Karen Carter Peterson, called the passing of the bill “offensive.” She took to Twitter to push the tired old abortion distortion that pro-life legislators are just forcing their faith on others.

Sad day in Louisiana...women’s right to choose completely disrespected! It’s offensive! One’s faith is not to be imposed on others in their policy...others have diff beliefs. #RespectWomen @TheDemocrats

This is not about religious beliefs, although many major religions stress the sanctity of life and consider it an abomination to take an innocent one. This is about protecting a human being with a beating heart from being cruelly slaughtered in the womb.

What this proves is that being pro-life is a bipartisan issue. And it also exposes the radical Left for what it is. It is pro-abortion. To the radical Left there is only one acceptable choice a politician can make, and that is to vote against pro-life laws and vote for expanding abortion. We are thankful for those of all political persuasions, Republican, Democrat, and independent, who are willing to stand up for life.

The ACLJ has committed much of our work to defending the unborn and we applaud this move by Louisiana and its Governor. Governor Edwards has shown that life is far more precious than party lines.