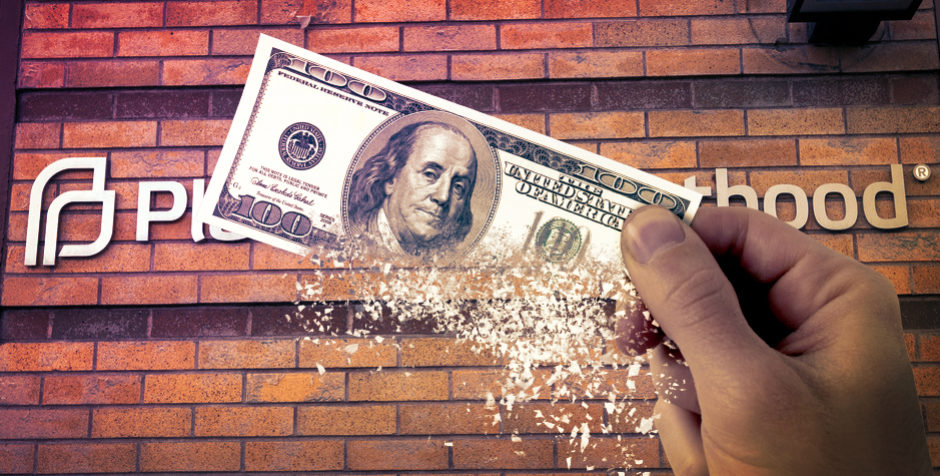 In a major blow to Planned Parenthood, the full United States Court of Appeals for the Ninth Circuit upheld the “Protect Life” federal regulations. Issuing a lengthy 7-4 decision, the court vacated injunctions issued against the regulations by three leftist district courts last year.

As we explained earlier, the “Protect Life” regulations prohibit the use of Title X money “to perform, promote, refer for, or support abortion as a method of family planning.”  Title X is a federal program dedicated to providing preconception family planning services to the nation’s neediest citizens. Planned Parenthood and 21 pro-abortion states challenged the regulations because the regulations put an end to Planned Parenthood’s and other abortion providers’ use of taxpayer funds to promote abortion to poor pregnant women.

When the case went up to the Ninth Circuit, the ACLJ filed two amicus briefs pointing out how all three district courts essentially thumbed their noses at an earlier Supreme Court case, Rust v. Sullivan, 500 U.S. 173 (1991). Rust required rejection of Plaintiffs’ claims because Rust upheld nearly identical regulations issued by President Reagan’s administration.  We argued further that the district courts were wrong “to flout binding Supreme Court precedent.”  Plaintiffs’ challenges to the Protect Life regulations and the district courts’ decisions “mask nothing more than a simple policy disagreement about the degree to which abortion can be facilitated or promoted in Title X projects.”  “Just as [Plaintiffs] cannot prevent Congress from repealing Title X, they cannot coerce perpetual access to federal funds if they are unwilling to cooperate with the federal policy reflected in the Final Rule – favoring childbirth over abortion.”

The Ninth Circuit agreed with our arguments and held that Plaintiffs’ legal claims against the Protect Life regulations failed in large part because Rust required them to fail. The court emphasized how both the lower courts and the Plaintiffs ignored Congress’s power to limit how federal funds are spent. “A government restriction on funding activities ‘is not denying a benefit to anyone, but is instead simply insisting that public funds be spent for purposes for which they were authorized.’”

The Ninth Circuit also rejected Plaintiffs’ characterization of the Protect Life regulations as a “gag rule.” As was true in Rust, medical personnel are free to promote abortion outside the Title X program, and women who want an abortion are free to obtain one.  Both doctor and patient simply cannot do so using federal funds. Quoting the Supreme Court’s decision in Rust, the court stated that “a doctor’s ability to provide, and a woman’s right to receive, information concerning abortion and abortion-related services outside the context of the Title X project remains unfettered.”

With your help, Planned Parenthood has been dealt a significant blow. It can no longer use taxpayer money to subsidize its abortion mills. Planned Parenthood has vowed to continue its fight. Given the Supreme Court’s governing decision in Rust v. Sullivan, it is unlikely that the high Court would agree to hear this case. If it did, however, the ACLJ would continue its support of the government’s defense of the regulations.