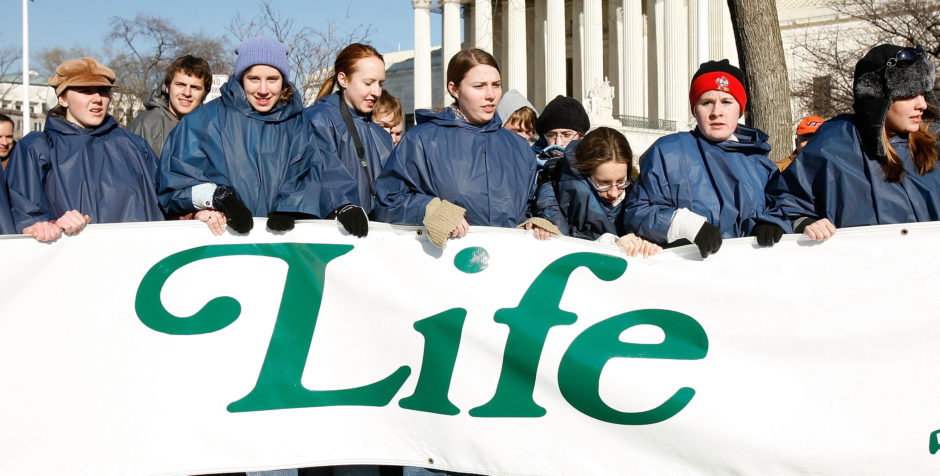 A few months ago we reported on our sweeping victory in U.S. District Court in New Jersey on behalf of prolife sidewalk counselor, Jeryl Turco. In that case, the federal court ruled that the City of Englewood, New Jersey violated the First Amendment’s guaranty of freedom of speech when it enacted a buffer zone ordinance that created a virtual obstacle course on the public sidewalk outside of an abortion business. The obstacle course required Turco and other counselors to navigate a confusing and ever-evolving maze of painted rectangles and semi-circles while also avoiding oncoming cars and trucks just to be able to have private conversations with prospective patients in what the Supreme Court has always considered to be a “quintessential public forum,” i.e., a city sidewalk.

Basing its ruling on the U.S. Supreme Court’s unanimous decision in McCullen v. Coakley, a decision which held that a similar Massachusetts buffer zone law was unconstitutional a scant two months after Englewood adopted its ordinance, the New Jersey court accepted all of our arguments on behalf of Turco and granted us summary judgment on all counts. Englewood appealed to the Third Circuit Court of Appeals. Late last week, we filed our response brief to that appeal.

Did we say a “similar Massachusetts buffer zone law?” Actually, as anybody can see from Addendum A of our Brief (at page 78-79), the Englewood law is practically identical to the unconstitutional Massachusetts law. And while Englewood would like to pretend that its “8 foot buffer zone” is considerably smaller than the one in Massachusetts, the reality is that in Englewood we are dealing with not one, but two, buffer zones, the combined effect of which is to turn the public sidewalk in front of the abortion center into a building-wide First Amendment minefield for unwary sidewalk counselors.

Ever since McCullen, at least, it has been clear that sidewalk counseling in front of abortion facilities enjoys the same First Amendment protection traditionally enjoyed by other forms of speech such as leafleting, hand billing, and just plain talking. And the McCullen Court made it crystal clear that, if a government finds it necessary to put some restrictions on speech-related conduct in those locations, it may only do so as a last resort and only after having tried or seriously considered other less restrictive measures. Englewood claimed to be dealing with an uptick of obstructive and harassing behavior by anti-abortion protestors – not the sidewalk counselors like Turco – and thus sought to control things via the buffer zone ordinance. But the city admitted that it never brought charges against or sought an injunction against any of the alleged obstructers and harassers. Instead, Englewood’s first real documented response was a speech-eliminating buffer zone that applied equally to people like Turco and everybody else (except the folks who were employed by the abortion business.) McCullen says that’s putting the law enforcement cart before the constitutional horse, and it violates the First Amendment.

In our brief, we again make the point that:

McCullen teaches . . . that “[w]here certain speech is associated with particular problems, silencing the speech is sometimes the path of least resistance. But by demanding a close fit between ends and means, the tailoring requirement prevents the government from too readily ‘sacrific[ing] speech for efficiency.’”

Taking the path of least resistance, all in the name of (attempted) efficiency, is precisely what the City has done in this case. Instead of focusing on the precise group of individuals causing particular problems at a specific place and time, the City adopted the Ordinance (a virtual copycat of the law unanimously struck down in McCullen) that creates speech-censoring zones outside numerous facilities throughout the City. That is not a narrowly tailored remedy to serve any interests advanced by the City.

We are optimistic that the Court of Appeals will see this case, as the lower court did, as a fairly simple application of McCullen, and will uphold our client’s free speech rights. We anticipate that argument will be held within the next several months, with a decision by the end of the year. We will keep you posted.