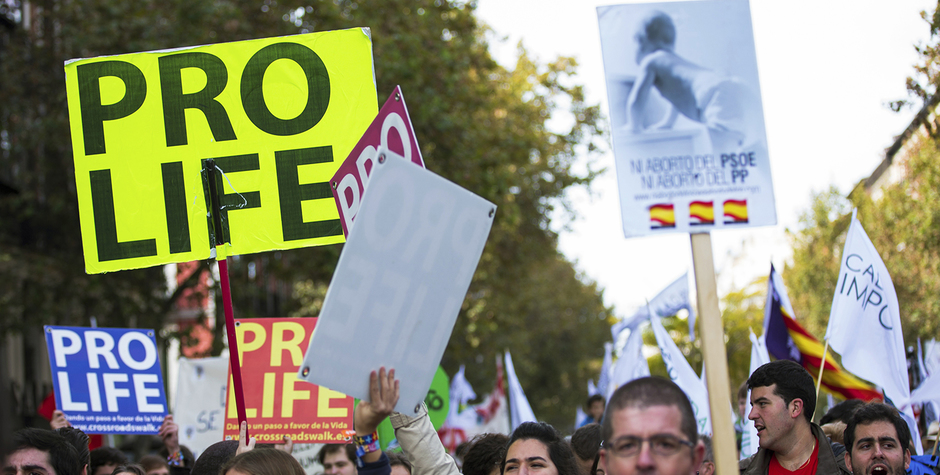 As explained in more detail here, the Ninth Circuit Court of Appeals recently, but only preliminarily, upheld a California law requiring faith-based, pro-life pregnancy centers to tell their clients upfront that might be able to have a free abortion elsewhere.

One doesn’t have to think long and hard to see this ruling as tragic setback for free speech rights.

The Supreme Court has long held that, as a general rule, the government may not require people to speak against their conscience -- just as it may not silence people against their will.  Based on this firm First Amendment principle, the Supreme Court famously ruled that students do not have to recite the Pledge of Allegiance, even if the state says they must.  It held that New Hampshire couldn’t force a Jehovah’s Witness to display the state’s motto, “Live Free or Die,” on the license plate of his car.  The Court declared unconstitutional a state statute requiring professional fundraisers to disclose certain financial information before making any donation requests.

In sum, governmental compulsion of speech, especially under pain of financial penalties, is highly disfavored under our Constitution.  If the government wants to disseminate an ideological message of its own, the government has the wherewithal to speak for itself, without having to conscript citizens into speaking that message for it.

Despite all this, the Ninth Circuit has held (at least for now) that the State of California can compel crisis pregnancy centers to utter a message that wholly contradicts their mission and identity.

Today, we filed a petition with the court asking that the entire Ninth Circuit review the three judge panel decision from two weeks ago.  Called a “petition for rehearing en banc,” today’s filing argues that the ruling conflicts squarely with decisions of the Supreme Court, other federal courts of appeal, and even prior decisions of the Ninth Circuit itself.

Given the decision’s impact on the free speech of our clients (as well as others not before the court), we believe that further judicial review is critical.  Crisis pregnancy centers provide untold help to women in need.  We must do everything we can to help them help others.

We’ll continue to keep you updated as this important case moves forward.