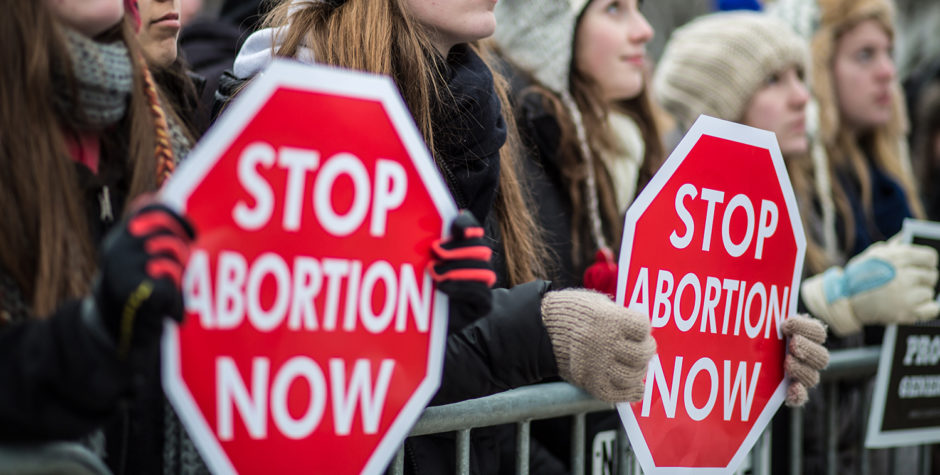 The Supreme Court of the United States has long recognized that the right to use public sidewalks “for purposes of assembly, communicating thoughts between citizens, and discussing public questions . . . has, from ancient times, been a part of the privileges, immunities, rights, and liberties of citizens.” Unfortunately, when it comes to pro-life sidewalk counselors, these lofty sounding principles are often discarded.

For decades now, pro-life advocates have had to fight in local, state, and national legislatures, and in state and federal courts, to safeguard their fundamental right to communicate the truth about abortion in public spaces or just to speak in a caring manner and offer help to women seeking abortions. All sorts of abortion clinic buffer zones, protective bubbles, FACEs and speech-free spaces have been dreamt up as creative exceptions to the First Amendment in order to stifle the pro-life message. That fight continues.

Only a few months ago, we were victorious in federal court in New Jersey, where the court struck down the City of Englewood’s buffer zone ordinance in a case we litigated on behalf of Jeryl Turco. And now we are heading back to court, this time against the City of New York, challenging a part of that city’s “Access to Reproductive Health Care Facilities Act” which makes it a crime to “follow and harass” anyone within 15 feet of the premises of an abortion business.

Our client, Mary Devine, is a pro-life sidewalk counselor who, for the past fifteen years, has engaged in sidewalk counseling and leafletting on the public sidewalk in front of an abortion facility in the Bronx. Mary tries to approach women seeking abortions and speak with them in quiet, private conversations, listen to their concerns, and then offer them help with whatever problems they are experiencing that are driving them to the decision to abort.

For most of the past fifteen years, Mary has been able to do this without interference. Recently, however, local police have told her that if she comes within fifteen feet of the door of the facility she is in violation of the 2009 New York City law making it a crime to “follow and harass” anyone within 15 feet of a “reproductive health care facility.” Imagine trying to have a caring and private conversation with somebody about a literally life and death decision they are about to make and then having to stop at some imaginary line on a sidewalk, maybe in mid-sentence, maybe on the verge of a life-saving breakthrough. If you keep walking and talking you’re looking at a fine of up to $1,000 and six months in jail on Riker’s Island.

Our lawsuit says that this sort of suppression of Free Speech cannot be tolerated under the First Amendment. We argue that the “follow and harass” section of the New York Access to Reproductive Health Care Facilities Act is unconstitutionally vague, significantly overbroad, and not narrowly tailored as those terms are applied in a long line of Supreme Court decisions construing the limits of government attempts to curtail Free Speech in traditional public places like city sidewalks.

In fact, the very law we are challenging was criticized by the late Justice Scalia in his concurring opinion in the Supreme Court’s most recent foray into this area. Regarding the “follow and harass” part of the New York law, Scalia said:

Is it harassment, one wonders, . . . to ask a woman, quietly and politely, two times, whether she will take literature or whether she has any questions? Three times? Four times? It seems to me far from certain that First Amendment rights can be imperiled by threatening jail time (only at "reproductive health care facilit[ies]," of course) for so vague an offense as "follow[ing] and harass[ing]."

The lawsuit we are filing on behalf of Mary Devine will require the courts to answer Justice Scalia’s question. We don’t believe that, under the Supreme Court’s decision in McCullen – a unanimous pro-life free speech victory by the way, in spite of Justice Scalia’s and other justices’ reservations about how the Court reached the result – there can be any other conclusion than that sidewalk counselors like Mary Devine cannot be threatened with arrest and prosecution under the “follow and harass” provision of the New York law.

We will continue to keep you posted as this lawsuit moves forward.