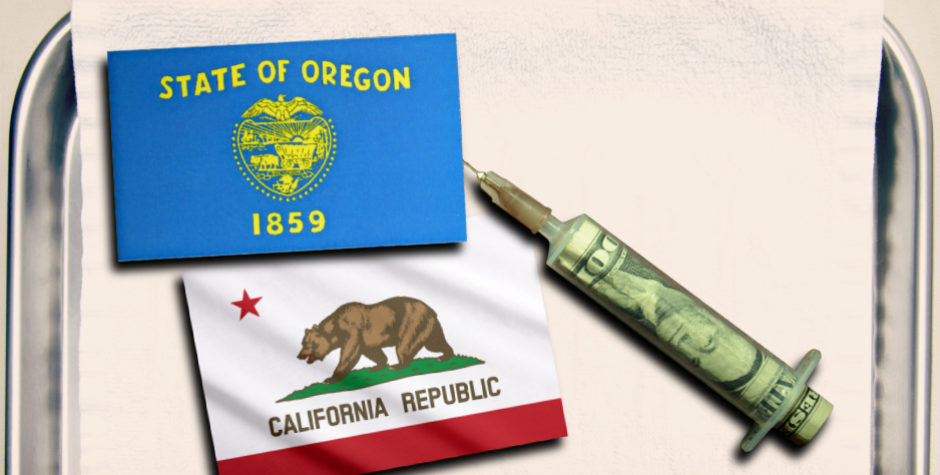 As we’ve previously explained, the “Protect Life” regulations prohibit the use of Title X money “to perform, promote, refer for, or support abortion as a method of family planning.”  Title X is a federal program dedicated to providing preconception family planning services to the nation’s neediest citizens.  When Title X was passed in 1970, Congress required that no Title X funds be used to promote abortion.  But that is not how the program has been run.

Twenty-one pro-abortion states and the District of Columbia challenged the regulations in Oregon federal court. In another Oregon lawsuit, Planned Parenthood joined the American Medical Association. And in California federal court, the state of California sued. Why so many lawsuits against the Protect Life regulations? Because even though there is absolutely no legal basis for these suits, the Plaintiffs are desperately hopeful that at least one of the courts will issue a nationwide injunction preventing the regulations from going into effect on May 3, 2019.

Once the regulations go into full effect, in order to obtain what has amounted to nearly $60 million a year, Planned Parenthood will no longer be able to promote or refer for abortions, and they will also have to establish completely separate facilities: no more using Title X funds to pay the rent and utilities on the abortion facility. Planned Parenthood says that it cannot afford to separate its Title X facilities from its abortion facilities so they will stop their Title X services.

That is exactly what the ACLJ and our members want. We filed an amicus brief in the Oregon and California lawsuits pointing out how meritless the pro-abortion Plaintiffs’ legal arguments are.  Although Plaintiffs challenged the Protect Life regulations, we argued in our brief – filed on behalf of more than a quarter million of our members – that:

Plaintiffs’ real quarrel is with Congress’s requirement that Title X program participants cannot use abortion as a method of family planning.  Title X grantees who also operate abortion clinics have benefitted for 19 years from the 2000 regulations which permit the abortion industry to share facilities, staff and resources with Title X grantees and those grantees to enrich the abortion industry by promoting, through referrals and counseling, abortion as a method of family planning.

None of the Plaintiff States or their Title X provider networks are entitled to Title X funds if they are unwilling to cooperate with federal policy favoring childbirth over abortion by disassociating Title X projects from the abortion industry. And none of the Plaintiffs should be permitted to enlist the federal courts into commandeering continued access to federal taxpayer monies just because many Title X projects have been successfully promoting abortion as a method of family planning for almost two decades.

We also argued that a Supreme Court case that upheld nearly identical regulations during President Reagan’s administration required that the Plaintiffs’ claims be rejected.

The courts will hear oral argument on the Plaintiffs’ Motions for Preliminary Injunctions within the next two weeks.  If Plaintiffs lose, they will certainly appeal to the Ninth Circuit.  And with your help we will file another amicus brief defending the Protect Life regulations and turning off the spigot funneling taxpayer dollars to Planned Parenthood.