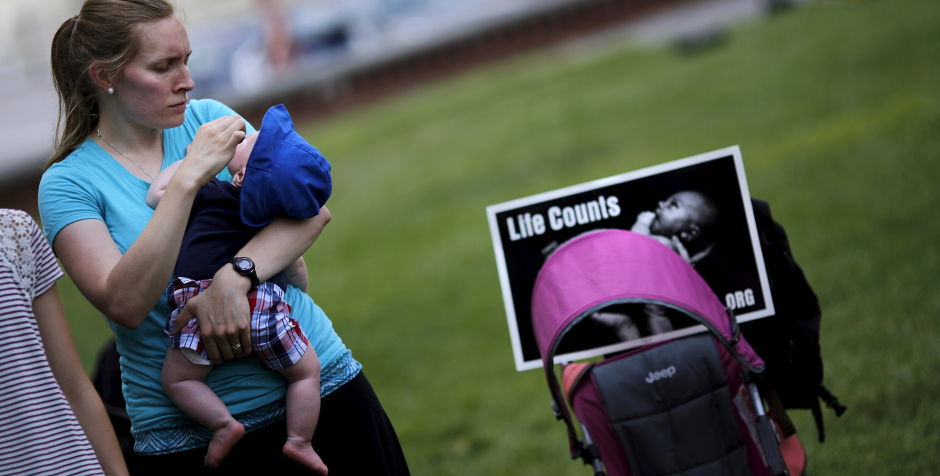 Now the abortion giant is in full crisis mode.  Their hundreds of millions of dollars in federal and state funding has been threatened.  Their stranglehold on the mainstream media – and by extension the American public – is beginning to crack (when even the Washington Post says they lied, you know that’s a problem).  Their false façade is flaking; their once stellar reputation is in shambles.

In an effort to avoid an extended publicity nightmare, Planned Parenthood has publicly announced that “going forward” it “will not recover reimbursements” for its baby organ harvesting program – no more “I want a Lamborghini.”

Second, Planned Parenthood thinks it can evade liability if it ditches the financial aspect (for now).  The media will likely buy into its nothing to see here mantra – case closed.  Yet the legal reality is any potential illegality Planned Parenthood has engaged in over the last two decades (the law went into effect in 1993) must be investigated.  Whatever Planned Parenthood may have done in the past must come to light – the very thing Planned Parenthood hopes to avoid by its latest stunt.

Third, the law has not changed.  Planned Parenthood has been able to exploit this deadly and sadistic legal loophole for years.  The atrocity can still continue.  Other abortionists are free to exploit the law’s failures all the way to the bank.  And should Planned Parenthood silently change its mind tomorrow, it could once again return to its old ways unfettered.

Fifth, Planned Parenthood’s brand new policy (only implemented because it was caught) does not prevent the sale of slaughtered babies’ parts by the middle man, the StemExpress’s of the world, the businesses that were buying the body parts from Planned Parenthood and selling them to researchers and big pharmaceuticals for experimentation.

Sixth, Planned Parenthood’s decision to stop accepting payment for killed babies’ organs is a cold calculated pecuniary decision.  It’s all about the bottom line.  It’s all about the money.  Remember Planned Parenthood cares about nothing more than death and money.  Planned Parenthood knows that the amount it receives from the sale of slaughtered babies’ body parts (even if it is millions) is a pittance compared to the more than $500 million (nearly half its billion-dollar budget) it stands to lose from the American taxpayer each year.  It recognized that a bipartisan majority of the U.S. Senate (not to mention the American people as a whole) turned its back on Planned Parenthood’s cash cow.  It is one election away from losing nearly half its budget.  Financially, this decision (which may be a temporary one, just till the storm passes) is a no brainer.

Is it a victory for life that Planned Parenthood has acquiesced to the overwhelming horror of the American people at the audacity of abortion behemoth’s actions behind closed doors?  Yes.  But babies are still dying.  Planned Parenthood is still the nation’s leading abortionist, killing nearly 330,000 defenseless babies a year.  And Planned Parenthood still gets over a half a billion of your tax dollars.