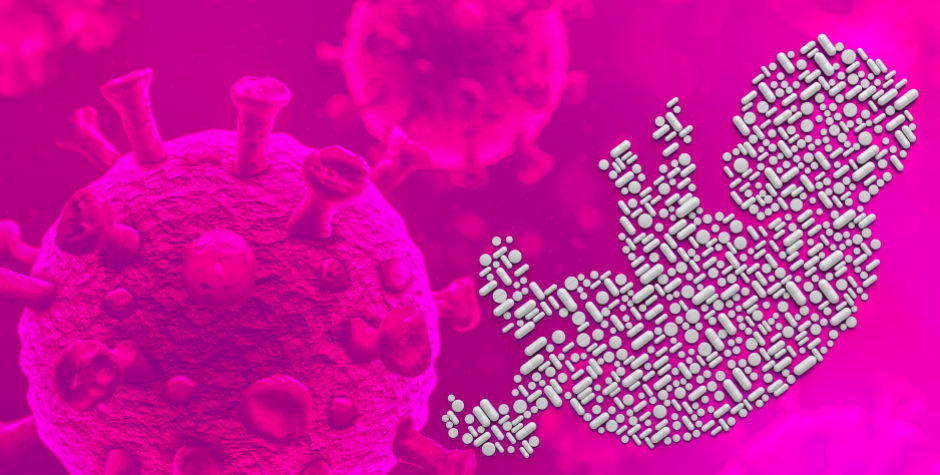 While doctors, nurses, and healthcare professionals are exhausting medical resources, and themselves, to battle the Coronavirus pandemic, Planned Parenthood and the radical pro-abortion Left are using COVID-19 as an excuse to expand abortion, anyway they can.

The ACLJ is taking action to stop this from happening and clogging up the medical system.

However, 21 pro-abortion attorneys general across the country, led by California’s Xavier Becerra, have now sent a letter to the Commissioner of the FDA urging that the Administration ease the REMS enforcement governing RU-486 to increase access to the abortion pill during the Coronavirus pandemic. Their demand letter states:

During this unprecedented crisis, we need to ensure that women across the country have access to critical healthcare services. Steps have already been taken in many States at the behest of the federal government to increase telehealth. Yet, the current FDA REMS create unnecessary barriers between women and abortion care, not only making it harder to find—for example, by prohibiting sale by retail or mail-order pharmacies—but also making it unappealing to prescribe. By barring the use of telehealth, the REMS force women to travel at a time when many States and the federal government are urging people to stay home to curb the spread of COVID-19.

Their letter directly attacked the efforts of some states to cease elective abortions as part of these states’ comprehensive public safety limitations on all elective procedures:

Further, in some States across the country, like Texas and Ohio, politicians are using the pandemic to further restrict women’s access to care by deeming abortion “nonessential” healthcare. Denying women care and forcing them to travel unnecessarily is not only shortsighted, it is putting women across the country in harm’s way. Consequently, we urge you to act immediately and remove the FDA REMS designation.

The ACLJ found the letter by the attorneys general offensive and disingenuous, and our legal team has drafted our own legal letter disputing the claims and urging the FDA to keep the REMS precautions in place, calling Becerra’s request “unwise and unsafe.”

Recently, the Attorney General of California, Xavier Becerra, and twenty other state Attorneys General sent you a letter (hereinafter “the letter”) requesting increased access to the abortion pill, through mitigation of the FDA’s Risk Evaluation and Mitigation Strategy (“REMS”) and the use of telehealth for the prescribing of RU-486 (“Mifepristone.”) The letter claims, “The REMS create unnecessary delays for women who need access to time-sensitive healthcare and force them to travel unnecessarily.” For the reasons set forth below, it is both unwise and unsafe to exploit crisis-period-approval during the COVID-19 outbreak to enhance access to abortion for which Attorney General Becerra and others advocate.

Our response puts into question the claims of the attorneys general that RU-486 presents low risks, and we point out that removing precautions would create additional and unnecessary logjams in our medical systems at a crucial time when they cannot handle any added burden.

While the letter sent by General Becerra touts a low risk of death or medical complications, even if this were factually accurate, any additional strain on the medical system is reason to keep the REMS precautions in place because of the risk of burdening the medical systems further. While the courts currently recognize constitutional protections for abortion, these protections need not be upheld to the detriment of public health and safety and thus can be subject to restrictions during times of emergency.

As our letter points out, Attorney General Becerra and these other attorneys general seem to be simply seizing on an opportunity presented by the COVID-19 crisis and exploiting it to further push their pro-abortion agenda.

“Further, General Becerra and the Attorneys General of the concurring states have routinely opposed REMS precautions and now seek to exploit a national health emergency to further their political interests to the detriment of the greater public at large.”

We are submitting this legal letter as formal public comments to the FDA and the Department of Health and Human Services (HHS) in support of the FDA’s commonsense safety restrictions on abortion pills. This pandemic cannot be exploited to further a radical expansive abortion agenda at the expense of public safety.

This is not the first time the abortion lobby has attempted to weaponize the Coronavirus to expand abortion access across the country. We told you we filed emergency amicus briefs after Planned Parenthood sued officials from the state of Texas for the state’s emergency order to cease all non-essential surgeries, including elective abortions, to reduce the strain on personal protective equipment (“PPEs”) and hospital beds. Apparently Planned Parenthood values abortion over assisting medical personnel working to save COVID-19 patients at this time of unprecedented sickness and death.

In fact, as we just reported, we’ve already filed FOUR emergency amicus briefs in multiple federal court cases to stop Planned Parenthood’s efforts to use the Coronavirus crisis to expand abortion, and we’re already preparing our next brief.

Our medical system needs every resource available focused on battling this dangerous virus. Now is not the time to expand the use of dangerous abortion pills. Planned Parenthood does not get a pass. Abortion is NOT essential. That includes the abortion pill.

UPDATE 04.15.2020: 159 Members of Congress (38 Senators and 121 Representatives) including Senate Majority Leader Mitch McConnell and House Minority Leader Kevin McCarthy, and led by Senator Cindy Hyde-Smith and Representative Bob Latta, have now also sent a letter to the FDA outlining their opposition to any relaxing of safety standards for a dangerous abortion drug during this pandemic. As their letter correctly notes, “Unfortunately, there are some who seek to exploit this time of crisis to push for the weakening or overturning of critical Risk Evaluation and Mitigation Strategy (REMS) associated with medication abortion drugs, which would put women at significant risk.” We are thankful that these Members of Congress are taking action alongside us.