2011 Victories: ‘Under God’ Stays in the Pledge of Allegiance | American Center for Law and Justice
Search  |  Logout  |  Login  |  Register 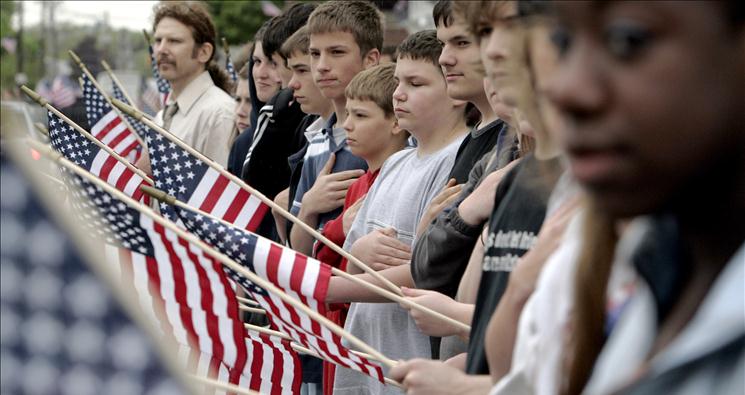 2011 Victories: ‘Under God’ Stays in the Pledge of Allegiance

On Fathers’ Day, NBC omitted the words “under God” – not once but twice – from a montage of children reciting the Pledge of Allegiance at the beginning of the network’s U.S. Open coverage. The ACLJ and our members took notice and immediate action. Nearly 50,000 Americans signed on to our letter demanding that NBC put a policy in place that would never allow this blatant omission to occur. NBC responded, apologizing and promising that such a mistake would not happen again.

The NBC Pledge flap came just days after another critical victory for the Pledge. The U.S. Supreme Court refused to consider an atheist group’s legal challenge to a New Hampshire law requiring that time be set aside in public schools for voluntary recitation of the Pledge. In rejecting the case, the Supreme Court allowed the federal appeals court decision upholding the law to stand. The ACLJ represented 42 Members of Congress and over 80,000 Americans in our amicus brief urging that this law be upheld and that this atheist suit be dismissed.

Both of these victories once again reaffirm the important place that the Pledge of Allegiance, including the words “one nation Under God,” have in our national heritage.

To help the ACLJ continue to have the resources we need to make these victories possible and continue these fights, please consider making a donation to the ACLJ through our year-end Matching Challenge. Your gift will be matched dollar-for-dollar though the end of the year.